One year on: How effective was Paddy Power Betfair’s FanDuel acquisition? 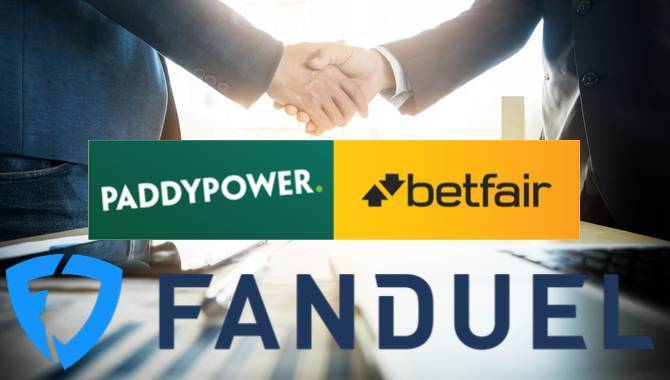 "Rather than announcing our plans," he explained, perhaps aiming a message at some of PPB’s competitors, "we have moved quickly to give ourselves the best chance to win in that market."

"Quick" is certainly an accurate description of PPB’s US expansion. Just days after the PASPA repeal the group had announced the acquisition of FanDuel, at the time one of two fantasy sports giants alongside DraftKings.

Nearly one year on, a simple look at the state of New Jersey's sports betting revenue shows you how successful that acquisition has been so far. Legal issues with FanDuel Co-Founder Nigel Eccles aside, it’s difficult not to arrive at the conclusion the deal was a win-win for all involved.

Between January and March 2019, sports wagering revenue at Meadowlands Racetrack in New Jersey, where FanDuel has a sportsbook, totalled $32.7m. The nearest rival was Resorts Digital, which earned $17.9m (mainly generated by DraftKings). After that, Monmouth Park made $5.4m and Ocean Resort $3.9m. Quite the chasm.

Add onto that the $31.4m generated at Meadowlands for 2018 and you have a clear market leader, with Resorts Digital again the nearest competitor on $30.4m.

There have been early teething issues, of course, with a pricing error forcing FanDuel to pay a customer $82,000 in September – when it should have been less than $20. The general industry conversation, though, is already revolving around whether the rest of the field can keep up with FanDuel and DraftKings.

According to FanDuel’s investor presentation in March, PPB currently owns 58% of the company and maintains operational control. This leaves the operator in one of the strongest early positions of big UK-market players looking to test the waters across the Atlantic Ocean.

William Hill, too, has made significant moves in the US, while GVC Holdings has joined forces with MGM Resorts International. It is through FanDuel, however, that PPB has forged a truly unique early position.

It's easy to overlook the fact FanDuel is still huge for fantasy sports, a market which presents a new revenue stream for PPB. Currently legal in far more US states than sports wagering, the vertical generated $163m in revenue for FanDuel in 2018 – a 17% year-on-year rise. Those results are thanks to approximately 40% in market share, according to its investor presentation, this time sitting second behind DraftKings.

Horseracing made a further $131m for FanDuel in 2018, a 12% annual increase, while New Jersey sports betting revenue is "significantly ahead of plan" for the operator, with Q1 2019 revenue expected to be "approximately double" that of Q4 2018.

The silver lining this creates in PPB’s overall balance sheet is plain to see.

But it was within this environment that US performance stood out, signalling the opportunity for success ahead for PPB and FanDuel. US revenue was up 18% on a pro forma basis by comparison, while even revenue growth in Australia was nowhere near, rising just 6%.

So, when the calendar hits one year on from the day the FanDuel deal was signed in May, the short-term implications can be nothing but positive for PPB.

The test for both companies now turns to long-term durability. GVC’s Roar Digital venture is yet to make its mark in the US, while FanDuel is not guaranteed the same handle and revenue figures in any new sports wagering markets it enters outside New Jersey. As commentators have pointed out time and again, every state has very different individual dynamics.

PPB will be confident moving forward and rightly so. Like Usain Bolt winning a 100-metre sprint, FanDuel has come bursting out of the starting blocks.

It was the world-record setter himself, however, who truly came to life the further the race progressed.