Better Collective CEO: We are ready to roll out in the US as states regulate 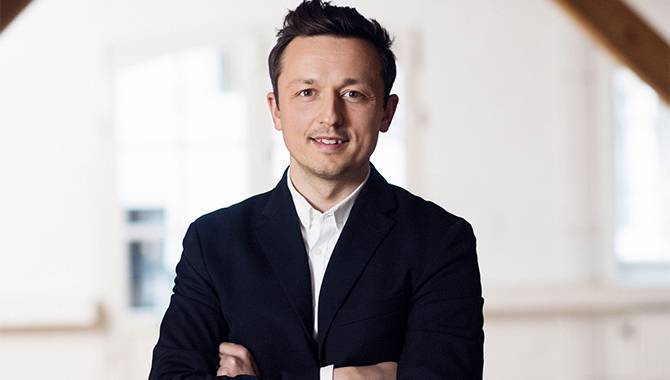 Jesper Søgaard discusses the affiliate’s first quarter performance, including results from Sweden, and forecasts strategies in the US and Brazil.

You attributed the 97% growth in revenue to €14.9m to a strong performance in the new depositing customers (NDC) sector. What brought about such a rise in NDCs? Was it down to any particular investments?

We saw the Fifa World Cup last year really kicked it off with a strong second quarter of new depositing customers because of that event.

We had seen a slow-down in the second half of 2017 due to the increased compliance, focus and guidelines from the operators. This drastically limited what sort of communication we could do. After the end of 2017, these guidelines were loosened a bit and we adapted to that and therefore, in most of 2018, we’ve seen an increased performance.

I would highlight the three last quarters of 2018 as being strong performers across our portfolio sites. We knew that, with such an intake of NDCs when we mostly are on revenue share agreements with our partners, this will eventually lead to an impact on the revenue side. That’s what we are seeing now in Q1.

Has it been a steady rise or do you experience spikes and then calmer periods?

I would say it’s quite robust because we have sent so many players in 2018 and also set a record in the first quarter this year. We’re optimistic for the rest of the year.

Which other areas of your business would you say significantly helped boost revenue?

The NDC is a result of all of the underlying things that we do, but we have been quite acquisitive and done 13 acquisitions since early 2017. I think we have been really successful in integrating the businesses we have acquired and harvesting synergies across offices and websites. That’s a very important part of the boost in performances we have seen in the number of depositors.

That change in strategy in 2017, of taking part in the consolidation, has panned out well for us.

Revenue share accounted for 72% of total revenue, CPA at 18% and 10% from others; do you expect this distribution to continue?

Yes, it will be in that ballpark. But of course, we are dependent on sports results. So in a quarter where the results are generally favourable towards the bookmakers, we will probably see a higher revenue-share percentage and in other quarters a bit lower.

How did the Cheltenham Festival affect the quarter’s results?

You established two new subsidiaries, one in the UK. How important is the UK market to your operations?

It’s a very important market and has been so for many years for us. The office we have established there is also to get closer to our UK partners. We’re happy that we now have a presence in the UK. It makes sense for us to be established there.

How do you expect increased online taxation in the country to affect business?

It shouldn’t affect us too much. Of course we do have a bit of casino in the UK, but it’s mostly sports betting we have there, which isn’t affected.

The Swedish market is newly regulated and you acquired Ribacka Group to give yourself a better position there. How have operations in this new market been in general and what results have you seen from the Ribacka acquisition?

We had some business in Sweden but not at the level where we felt we were strong enough and that’s the reasoning behind us acquiring the Ribacka Group. That has given us a very strong position in the Swedish market.

What we have seen in the first quarter is that performance on revenue and NDCs has been satisfactory. The way the Ribacka Group has monetized has been more towards hyper deals and CPAs than if you take the average of Better Collective as a whole. Even though we do have revenue share agreements in place in the Swedish market, it’s not as big a proportion as other markets.

On the revenue side, we have seen operators report it has not been as high as pre-regulation due to tax impact, and some short-term bonuses and deposit issues in the Swedish market.

All in all, it has gone well for us. What I really like and what gives me optimism for that market is we know there will be some challenges in the beginning, but in the long term we now have a stable framework from which the market will grow for many years. It’s a good market to be in now and we will do our best to keep the strong position there.

Looking ahead, you’ve highlighted Pennsylvania as a key state for your operations in the US due to the online casino market opening in July and sports betting possibly happening this month. What can you tell me about your plans for the state?

We have sites prepared for that, but what is also important for us is that we are looking into potential acquisitions and collaborations in the US market. We experienced that expertise we possess with sports betting affiliation is in demand in that market because many different stakeholders with relations to US sports and sports content in general are looking to sports betting for new ways of monetising. So we are having some conversations around that and we hope that we can say more about that in the future.

Are there any other states you are looking to move into in the coming months?

The regulation is really the driver for this, but we are establishing ourselves over there with people on the ground and we’re ready to take part in what will hopefully be a very big market, as it rolls out in the US.

A sports betting bill has passed in Brazil but it might still take up to two years to officially open up. How do you see the affiliate industry developing there?

I think it has big potential. It is a large market and it has a strong appetite for sports betting, so I am very excited about this development. We have some strong sites in both Portuguese and Spanish, which would apply to the rest of South America. It’s a continent where we definitely expect to see growth in the coming years.

Italy’s ban on advertising will take effect this year. How do you expect that to impact the business?

It is hard to predict exactly what the outcome will be. We got an update recently as to the types of the advertising that will be possible for operators. We’re actually getting a legal opinion on that right now so we can gain an exact understanding on what’s possible and not possible.

But we have operations there and we will continue to have those within the framework.