Analysis: New Jersey numbers show what Europe has been missing all along

In most businesses, there is often some kind of struggle in maintaining a strong performance across the summer months. It's likely most sales staff will have experienced some frustration about how the exec who was about to sign off on the deal of the century has gone on holiday with the family for three weeks. Employers often have to lose some staff taking their own holiday, and that's not to mention productivity issues when it's so hot outside that you find parts of your body being stuck to the office chair. 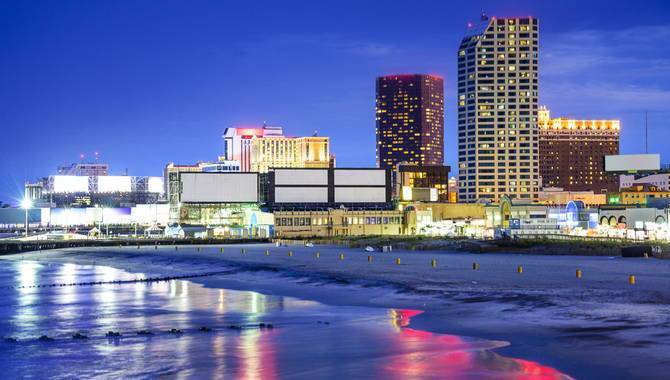 One sector that is certainly not struggling across the summer as some may have predicted is the New Jersey gaming market. For June, with the NFL away on its own summer vacation, plus the NBA and NHL seasons coming to an end, there were of course fears the honeymoon period that has been enjoyed since the PASPA repeal in May 2018 may well be over. Despite the volume of matches played in MLB, it would be wishful thinking to believe this could compensate for the absence of the other three leagues all on its own.

For anyone that was around the industry five years ago, it was difficult to foresee the current position New Jersey finds itself in. In 2014, a third of Atlantic City's casinos closed, leaving it with a total of eight – this was before Trump Taj Mahal closed in 2016 and Ocean Resort and Hard Rock both opened in 2018. More than 8,000 Atlantic City casino staff lost their jobs that year. From memory of writing about the Garden State at the time, there didn't seem to be too many solutions on the table about how to combat the issues of new competitors in Pennsylvania, Atlantic City casinos failing to innovate and annual gaming win that had declined $2.47bn across eight years.

That was the same year Chris Christie, then Governor of the state, failed to legalise sports betting at racetracks and casinos as planned, due to opposition from the major leagues and NCAA.

Fast forward five years, and what is the general narrative now? The casino market has right-sized, neighbouring states are not expected to swallow up business and not only are the leagues now in favour of sports betting, some of them even want a piece of it, with MLB passionately asking to be paid integrity fees by operators for use of its data.

Why is Europe so different?

New Jersey's success with casino and sports betting at the moment ties in with previous debates held by the editorial team here at Gambling Insider about the differences between the US and European markets and about how sports betting and casino seems to work better hand-in-hand across the pond (see episode 2 of the GI Huddle podcast for more).

Even this week, we've already started to see some of the effects of the FOBT maximum stake cut to £2 ($2.48) on UK retail revenue, with GVC Holdings, owner of Ladbrokes Coral, reporting a 19% year-on-year reduction in UK retail for Q2 2019 and a 10% drop for H1. The chances of any other UK operator reporting anything much more positive than this are pretty slim.

It would be naive to believe the FOBT maximum stake cut came about just as a result of operators not addressing that specific issue sooner. Betting shops have had a negative and frankly seedy reputation for some time, but did the operators learn anything from the way casinos had established themselves as a more safe, classy form of entertainment that could encompass more than just gaming?

Sports betting lounges aren't considered 'the done thing' so much over here in Europe, and while admittedly I have never been in charge of a land-based casino's floorplan or budget, you can't help but feel as though if designated sports betting areas are good enough for the likes of Caesars Entertainment and Las Vegas Sands, then why shouldn't they be good enough for the European casino giants? There must surely be some way of utilising the positive aspects of both, but up until now, there seems to have been an impasse of sorts, where casino operators and sports betting operators have turned a blind eye to the types of opportunities we're seeing being exploited in the US.

The European operators may need to see some precedent to entertain the idea of boosting casino and sports betting revenue by working together, although Las Vegas has shown the way for some time now.

New Jersey is proving what can be done when collaboration occurs between the verticals, and the numbers are backing it up. It will be a great shame if other markets do not take this on board.