Kambi CCO: US operators like Penn National should get the foundations in place first 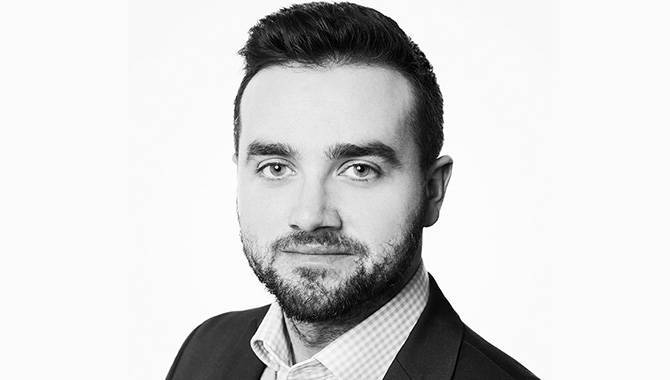 What makes Penn National Gaming an ideal partner for Kambi?

From day one of moving into the US, Penn National was among the top targets for us to approach. The fundamental reason for that is the market access they have - 19 states and 40 properties.

If they believed in owning their own brands and destiny, were able to utilise their own database correctly, and knew what it took to work with the right sportsbook partner, we really believed it to be a company that could succeed. As it turned out, Penn National stepped back and watched as other people made decisions, such as the GVC-MGM merger, and they decided on their own strategy.

For us, that was seen as a pioneering approach and that’s the kind of tier-one operator we want to partner with. I’ve said this before; I think there have been some rushed decisions in the US, some that have already failed and some that are really struggling. Bet365 wasn’t the first in the global marketplace, but they’ve ended up being one of the most successful.

As part of their strategic approach, what Penn National has done is bring in the right people in-house first, the right kind of executive leadership. Those people understand venture building and sportsbook, and that’s helped massively in their approach. Sometimes it’s best to get the foundations in place first. At the same time, there are different approaches and I think in this case they have found one which works for them.

What can you tell us of the selection process? How does that work?

In Penn National, you’ve got an organisation that analysed everything. Alongside the B2B selection process, it also considered if it should go down the B2C route. You can see from Penn National’s larger press release the organisation has tried to figure out how it can succeed and own its brand and technology at the same time as doing skin deals. It has balanced that out really well.

Penn National obviously understood whether it should have a B2B plan, and that’s where the selection process began. It decided it doesn’t want to just do a joint venture or skin deals, and figured out there is extra value you can have by owning your space, brand and database and having your own technology. That’s where they’ve made the first decision in the process.

Then it comes down to the usual suspects in a B2B process that are partnering with operators in the US, our competitors. What stood out for us was taking the first bet in New Jersey, the first bet in Pennsylvania, which is obviously where Penn National originate from.

Most recently we took the first bet in New York. They recognised our integrity and how we focused on corporate probity, and why we have good relationships with the regulators. They also believe in the vision we have moving forward with our Philadelphia office and building that out to be a sizeable contingent in the US.

Is either of the solutions, retail or online, more appealing than the other?

It depends on the state. Certain states may only go with retail first, potentially with mobile on premises. I think, within Kambi's sports betting data, we see retail is still a really important part in many aspects of driving interaction.

There’s no doubt we think the online market will be bigger, but we can deliver a retail solution, particularly in those states that need a retail bump. With our omni-channel capability we need to make sure players have a really good experience across both. But there’s no doubt we believe, and I’m sure everyone in the industry accepts this, online is where the bulk of revenue will ultimately come from.

The plan is to focus on retail in Iowa and Indiana first; what is the thinking behind that strategy?

They are in good locations; they are great places for us to start in. For a little taster, Penn National wants to build a front-end using our API technology, which is ongoing at the moment.

What Penn National wants to do is wait for the right time to launch it all together. These launches in retail enable us to get started, get us working together and get the process running early in those states. Then, when Penn National is ready, we will bring more to the market.

How many states is this deal likely to encompass overall?

The deal encompasses all 19 states where Penn National operates – when and where we go live depends on regulations in those states.

Are there any other talks with tier-one operators ongoing you could tell us about today?

We continue to talk to them. As I mentioned earlier, I think there are those that made bad decisions in the past that want to explore their options. We can’t talk about specifics, but rest assured we are very keen on speaking with other organisations and prospects around the world.

These are separate agreements; our partnership with one doesn’t have an impact on the other.

There have been recent reports DraftKings will acquire SBTech; how would that affect Kambi’s involvement with both Penn National and DraftKings?

There’s not much I can say about what DraftKings are doing with their corporate strategy, or any of our partners. I wouldn’t speak to what they want to do on that level. But it has no implications on our agreement with Penn National and we are continuing to work closely with DraftKings as we build on its successes so far.