Global Gaming CEO exclusive: 'The Swedish Gambling Authority made a mistake by enforcing a law that is unclear' 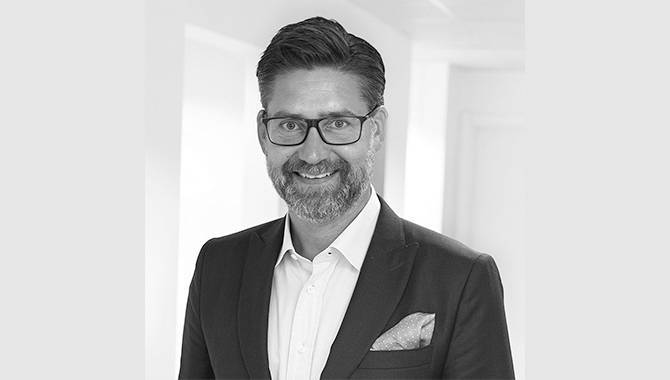 Speaking to Gambling Insider, Fagerlund explains why Global Gaming has vowed to fight the decision, which he calls "unlawful," and what action has been taken for alternative revenue.

You became acting CEO of Global Gaming in April this year. How are you finding the role so far?

It’s been a rollercoaster couple of months. I was a part of the board and I took on the role of acting CEO. In the beginning, I was very involved in the process of finding candidates for the job. Then in June, when the decision was made by the Swedish Gambling Authority to remove our subsidiary company in Malta’s license, I quickly realised  I was the right man for the job. I know the company, I know Sweden, I know Sweden’s regulation and I have quite a lot of experience in handling companies in tough situations. When the board asked me, I didn’t hesitate to say yes, because I thought given all the circumstances, I was the right choice.

What were your initial thoughts on the revocation of SafeEnt’s Swedish license?

I was shocked. They made the decision public through a press release on a Monday morning at 8am and I got it by email eight minutes before. Before that point, there was no sign at all that SafeEnt would have its license revoked. We had a case with the SGA in which they asked us questions on specific matters and we answered by explaining our routines. We told them what we had done to adapt after 1 January, because we and a lot of other operators had missed things in our technical solutions and were still not 100% ready. We pointed at what we didn’t have in place and we sorted it immediately. Even when they initiated this investigation in March, our thought was that we had some things in the past that didn’t pass, but now we were fully compliant.

We showed the SGA why we thought so and what we now had in place. I thought maybe we would get a fine, because they obviously fined other companies. So I was shocked when I heard  the license would be revoked. We are not alone. There have been a lot of uncertainties and unclear guidelines on the new legislation. It was enforced in a very fast way and received a lot of criticism from the other businesses, but for some reason, they wanted it to be in place in such a short time frame.

The SGA attributed the decision to deficiencies in matters of responsible gambling and anti-money laundering, but is there anything else you can tell us about the offences you’ve been accused of?

There were mainly three reasons. One was that for eight or nine days in January, we didn’t have a correct deposit limit system in place. Secondly, they stated things we did in our marketing were against the rules. Then the third part was that they thought our system for anti-money laundering was not best practice. They never said any money was laundered, of course not. We lacked understanding when it came to classifying individuals in different risk categories. According to the rules, you need to risk qualify all of your players, and we did this in the wrong way. There is only one way of depositing money onto our sites, and that is through a Swedish bank ID. You need to have a relationship with your bank. You need to have an account and you need to identify yourself with this electronic bank ID. Since that is a very safe method, we wrongly categorised the players as low risk.

The law was presented to the state congress less than six months before it was going to be enforced. We and a lot of others were trying to ask the authority and the policymakers themselves for clarification, but nothing really came out. We were not given detailed answers. I think that is a mistake on their part and it’s made things unnecessarily difficulty for the operators. It’s important for me to state that obviously the SGA has a different view, and thought we were in violation of the regulation, but we are of a different opinion.

It wasn’t possible for us to actually foresee what happened. The very important legal principle here of actually understanding what kind of effect things can have was impossible due to the lack of detailed instructions. It was a Catch 22 for us and many others, because the SGA would not instruct us in detail, but they know what the regulation is and they tell you when you violate the law.

Global Gaming’s injunctive relief appeal was recently rejected by the Supreme Administrative Court. How confident are you this will be overturned?

This appeal has been misunderstood. Obviously, we went directly on the first instance and appealed the decision and that appeal has not yet been handled by the court. At the same time, we asked the court for an interim decision, asking to operate under the license until the question of whether it was right or wrong had been answered. This is what the court has said no to. We argued that since the damage is so big for us in taking down our entire business, and since we strongly argue that it is done on unlawful grounds, we should have the right to operate until the court decides. But it is difficult to get and we knew that. The first two courts said no and then the second and third-highest administrative court never let the case be presented to them. I honestly don’t know how long the initial decision will take. It might not be until early next year.

Did this play any role in the structure of your agreement with Finnplay for the launch of NanoCasino, where you are using Finnplay's license and Finnplay is operating the casino for you?

It did yes, because our main business is to do things on our own under our own license. This restriction under SGA required for us to take immediate actions to cut our costs and adapt to the new scenario.  We quickly evaluated some options we had and we know Finnplay already. In our opinion it is a very good product. We decided to leave our own platform behind and do our own licensed operations on the other platform going forward. Then we also decided that since they have an operational casino in Sweden that is fully compliant, licensed by the SGA and legal in every single aspect, we can help them in marketing their product.  We are a marketing partner of Finnplay when it comes to its casino, and there’s an agreement in place in which we get a part of the revenue that comes from it.

Is there no possibility the SGA could prevent you from operating through this new agreement in light of your previous issues?

I would be so surprised if they did, because first we don’t operate; we are a partner to them in the marketing area. They fully obliged to follow marketing regulations in all aspects, and they do. We then have an agreement on the platform, where we will use their platform for the business that we do conduct ourselves, whether it’s under an MMG license in Malta or if it’s under an Estonian license, or even in the future under a Swedish license, because I think we will get our license back.

In light of these decisions, do you feel the strict license control is damaging for the Swedish gambling industry following the recent re-regulation of the market?

Firstly, it is a mistake by the government to address it the way they do. I think they should be very proud of the success that the legislation has had. They should be proud that they are securing taxed revenue to the Swedish community. I think they made a mistake by enforcing a law that is unclear, and makes legitimate operators unsecure about their place. I think there is a system in place where the government-owned companies are favored, in terms of cross marketing rules and product offers. The law would have been an even greater success and greater for the tax man if they put the legislation in place over a year, and made sure over that year that all the operators had a decent amount of time to actually implement the rules. I am a little bit worried that if this goes the wrong way, it could increase the level of gaming on unlicensed sites.

You recently said this had been Global Gaming’s “most turbulent and difficult” H1. What is the gameplan moving forward? How does Global Gaming recover from this?

We will continue with the very fast reaction we have taken over the last couple of months. We have lowered our costs significantly. We have launched NanoCasino with Viral Interactive and reached the Finnplay platform agreement. We also made significant changes in our organisational structure. We went from 190 people on our payroll to less than 100. The things we have done have saved us money, but also give us the opportunity to actually be active in other spaces than Sweden. We are investing now in the Finnplay operation with the long-term goal to be active and present in various markets. I can’t say exactly where we will be and when, but we will be in various places in not such a long time.

It’s a very difficult situation of course, so obviously it won’t be a walk in the park. But I think we have shown that we are able to at least create the foundation for moving forwards. We won’t sit and cry over the spilt milk. We will fight what we think is a wrong decision, but we have our eyes set on the future. We think we will still be in the game when next year comes and the year after. We have a sufficient amount of money in our bank account. We have good product, great brands and a plan to execute other revenue streams than the Scandinavian one.

The H1 report touched on the problems in Sweden, but what were the other reasons for revenue falling 31% year-on-year for H1 and an operating loss of SEK 54.5m?

In Q2, the situation in Sweden was more difficult than it was before. If you follow the tax payments that the licensed companies are making in Sweden, you can see on a monthly basis how they perform, and some of the operators haven’t been able to defend the revenue.

Previous CEO Joacim Möller announced a new action plan at the start of this year to balance the firm’s costs, including optimising revenue and streamlining the company. Are you still following through with this plan?

The plan was in place. We reviewed it and we changed things in it. We increased certain elements, but yes, we follow that to a certain degree. Our circumstances changed a lot when our license was revoked however, so we had to make increases in it and adapt it sufficiently. There was a whole change of technical strategy using a third party supplier platform rather than keeping our own, which wasn’t a part of that original plan. We do what he initially set out, but we have increased the speed and added a lot of other elements to it.