Las Vegas to me: Pacing myself better at G2E this year

In the first of a series of articles where the Gambling Insider team discuss their own perceptions of Las Vegas ahead of this year's G2E, David Cook discusses his first experience of the show last year, and whether Las Vegas lived up to his fanatical expectations. 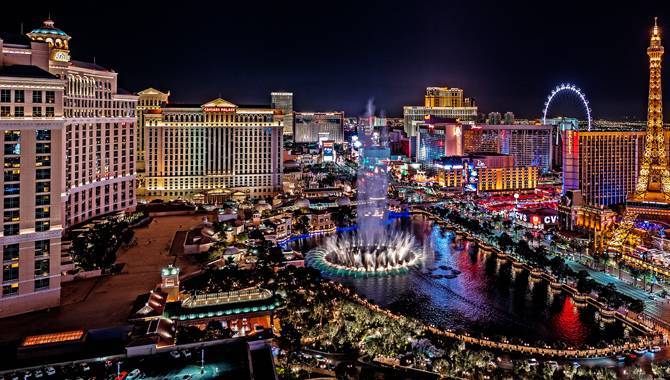 "Have you ever been to the US?"

"Yes. I went for the first time last year."

"Whereabouts did you go?"

"Haha. Well you haven't really been to the US then, have you?"

This was the gist of conversations I had with US citizens after returning from last year's G2E, and I don't view that last comment negatively. I cannot deny that for six days last year, I felt as though I'd stepped onto the middle of an enlarged lego set, and from afar, the high-rise buildings can appear as though they have been drawn on by an architect. It's a world of its own and there will never be another place in the world I can compare it to.

The key lesson to take from my first trip to G2E is to learn how to pace myself. After touching down at McCarran International Airport on the Saturday afternoon before the show (which began on the Tuesday), I was advised to power through the rest of that day without sleeping to adjust my body clock. Things didn't quite go according to plan.

The Gambling Insider team went to see Drake perform live at the MGM Grand that evening, where it's fair to say the Canadian singer's repertoire floated the boats of some members of the team more than others.

My night should have ended there, especially as I was planning to get up early the following morning to watch the English Premier League games from that day. Instead, I ended up staying up to watch them, as some of my colleagues (who shall remain unnamed) convinced me to stay out all night at Drai's.

At about 7:30am, and after a slurred-speech conversation with an Irishman who was in the city to watch Conor McGregor's comeback fight in the UFC against Khabib Nurmagomedov, and about 32 straight hours without sleep, I decided it was time to call it a night (or morning).

On the Sunday, following the events of the night before, I had to take it easy, and stayed inside the Palazzo all day, although I still managed to make the effort of losing most of my stake money for the trip at poker.

The Monday was the main event for our team, as we hosted the fifth annual Global Gaming Awards Las Vegas. It was the first I had attended, and it was striking to see what the Awards have grown to become. We estimated at least 100 people had to be turned away from the Bellini room within the Sands Expo Convention Center. Seeing so many CEOs from some of the industry's biggest companies all in one room at your own event that you've done so much preparation for is a rewarding sight.

The rest of the show brought with it plenty of meetings, conferences and after-show parties. It's always a bonus to meet clients who you are usually forced to deal with by phone and email only, and the overall size of the event definitely draws comparisons with ICE London, especially in terms of the exhaustion you feel at the end of the day.

In all honesty, I did come to the realisation that just because a casino may look like the Eiffel Tower or boast an erupting volcano, when it comes to Las Vegas gaming floors, the feeling isn't hugely different from the several casinos I've visited back home in the UK.

This is why I'm prioritising experiencing more non-gaming amenities in future visits – when I'm away from work of course.

When we landed back at London Gatwick, despite the action-packed week I had just had, I was left with a surprising feeling of emptiness. But why should I feel that way when I'd had the privilege of finally seeing the Las Vegas Strip, the water fountain at the Bellagio and the gondola rides at the Venetian?

It was likely because I'd ticked off one of the highest-priority targets on my bucketlist. Without even a moment's thought, Las Vegas was my top answer for several years whenever people used to ask me which places I would like to travel to but had not previously been to.

What target can I set for myself now? I suppose I'll just have to stay awake for 48 hours straight when I go back this year.