Once upon a time, Paddy Power, Betfair, Sky Betting & Gaming (SBG), Ladbrokes, Coral, William Hill and Bet365 were all separate companies within the UK market. 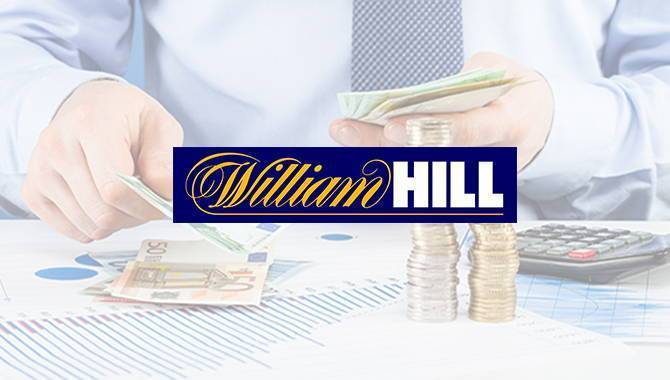 Today, just two of them remain unmerged. That however, poses a far greater conundrum for one of those organisations than it does the other.

Bet365 still stands tall and independent; but it helps considerably it is one of the best-performing individual brands in the space, if not the outright market leader.

For William Hill, the current gaming climate is rather different.

There were two operators in particular which had to take note this week when Flutter Entertainment (Paddy Power, Betfair, FanDuel) agreed to take over Stars Group (SBG, PokerStars, Fox Bet): William Hill was most definitely one of them. DraftKings, discussed here by Gambling Insider, was the other.

In the UK meanwhile, the business now faces the prospect of competing with two multi-brand powerhouses in GVC Holdings (Ladbrokes and Coral) and Flutter (Paddy Power, Betfair and SBG) at a time when its finances can't alleviate the pressure like Bet365's can.

William Hill reported an adjusted H1 loss of £45.5m ($56m) before tax in August and saw its share price halve in the space of a few months earlier this year.

Now, less than a month after the announcement Ulrik Bengtsson will succeed Philip Bowcock as CEO, the market's new landscape is already making it tougher to turn that kind of performance around. An over-dependence on retail amid ongoing scrutiny of fixed-odds betting terminals has cost the operator in the last year or so and its digital drive will not be made easier by SBG and Paddy Power, in particular, joining forces.

At the start of the year, William Hill purchased a 92% stake in casino operator Mr Green for £245m. That acquisition however, hasn’t delivered anywhere near the same sort of market-altering impact. It was certainly M & A on a far smaller scale than what's needed to compete with the Flutter – Stars Group merger.

Back in the US, William Hill recently announced a new sports betting partnership with the NBA. Any other week, that might be one of the gambling sector’s headline stories. This week though, much like DraftKings’ deal with Pepsi, it has been completely overshadowed by Flutter.

Matt Kaufman, VP of Digital and Interactive Gaming and Eilers and Krejcik, believes post-merger Flutter can become "quite a powerhouse" within the US sports betting market.

He tells Gambling Insider: "As it relates to US sports betting, the newly merged company is going to be quite a powerhouse. The FanDuel and Betfair brands are already nicely situated in the regulated market and they will now be under the same umbrella as Fox Bet, a partnership between Fox Sports and Stars Group that is generally expected to become a major player.

"It may be possible for this newly merged company to find synergies between their brands that result in meaningful edges over their top competitors in the space – most notably DraftKings and William Hill."

There could be one solution on the table: DraftKings joining forces with William Hill.

It would solve a number of weak spots for both firms, strengthening their respective portfolios in the UK and US. Only recently, Gambling Insider suggested DraftKings could stand to gain plenty from acquiring Football Index in the UK market; there would be a multitude of similar benefits here.

There might be a slight stumbling block, of course, in the two companies showing a history of clashing in the US, particularly where DraftKings CEO Jason Robins and William Hill US CEO Joe Asher are concerned.

With that in mind, another alternative could see William Hill revisit its 2016 idea of merging with 888 Holdings. There are few powerful options left now GVC and Flutter have expanded their M & A arms but 888 is one of them, both in Europe and the US.

If it’s not M & A of its own though, William Hill will need to get creative in its battle for growth and market share.

This is by no means the be all and end all for the operator. William Hill's incoming CEO Bengtsson certainly wouldn’t have moved from his role as Chief Digital Officer with wool over his eyes; he would have foreseen this being a tough job anyway.

But Flutter and Stars Group have presented the business with another tough obstacle to overcome – and those obstacles keep piling up.