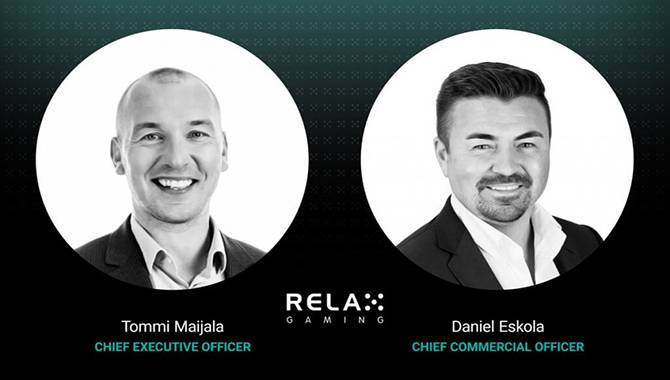 In a unique situation however, predecessor Daniel Eskola will become CCO and work with his successor.

Maijala previously served as Director and CEO of the IGame Group, before it was acquired by Kindred Group in 2015.

From there, the exec moved into the role of CCO Malta within the wider Kindred Group.

Eskola was Relax Gaming CEO for 18 months and the "division of tasks" between Maijala and Eskola is designed to "give multiple business areas more time and dedication."

Maijala said: "Having followed Relax Gaming from day one, I am extremely honoured to join the team and continue to take the company to new heights alongside Daniel."

Eskola said: "I’m very excited to dedicate more time to scale our business as CCO and lend more support to the already great work our commercial team has delivered in the last 18 months.

"Tommi is a highly respected individual in the industry and I look forward to working with him to realise the untapped commercial potential for Relax Gaming."