The Gambling Insider newsfeed has been like a Nordic-themed collage in recent weeks – littered with Scandinavian flags. 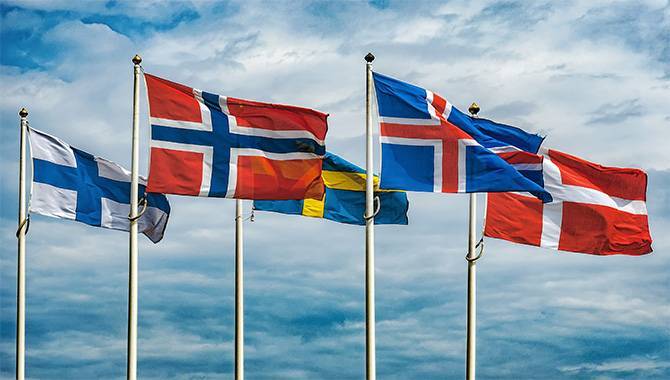 The reasons for such Nordic prominence vary; from gambling yield tax hikes, to legislative criticism and customer protection concerns.

It’s sadly now common that regardless of the specific reason for each market’s appearance in our headlines, it is rarely positive news, particularly in the cases of Sweden and Finland.

After a year in our Gambling Insider headlines and with 2020 on the horizon, what have been the main difficulties in each market?

Of all the Scandinavian markets, Sweden has without-a-doubt made the most appearances on our Gambling Insider feed.

It was always going to be a difficult year of adjustment for the market as it settled into its January re-regulation, but if the opinions of various executives are anything to go by, the Swedish Gambling Authority (SGA) didn’t help itself with the speed at which it introduced new legislation, and the strictness with which it enforced those new guidelines.

Speaking with Gambling Insider in August, Tobias Fagerlund, CEO of Global Gaming, claimed the SGA had not made new legislation clear enough.

He said: "There have been a lot of uncertainties and unclear guidelines on the new legislation. It was enforced in a very fast way and received a lot of criticism from the other businesses, but for some reason, they wanted it in place in such a short time frame."

As a result, the SGA has spent the year dishing out fines and revoking the licenses of companies who have struggled to comply, including a series of fines in July totalling €3.9m ($4.3m).

Meanwhile, the market is clearly struggling, with many operators attributing poor quarterly performances to the "difficult" or "turbulent" Swedish market.

Most recently, Svenska Spel CEO criticised the SGA for a current loophole which allows operators to offer lottery betting on other companies’ products, undermining Svenska Spel’s monopoly over the Swedish lottery market.

In short, Swedish re-regulation has caused a number of issues which are far from being solved in its debut year. If the SGA can improve its dialogue with the market’s major operators, then we could see that change in 2020.

Betsson AB CEO Pontus Lindwall certainly believes so, stating in the operator’s Q3 report he is "certain the Swedish market will improve" and outlining plans to increase Betsson’s market share in the re-regulated market.

Finnish monopoly operator Veikkaus has had a turbulent year in the media spotlight.

In 2017, Veikkaus merged with Finland’s three separate operators with the aim of reducing the harm caused by gambling, which had been steadily rising year-on-year.

Despite this, according to a survey commissioned by the Ministry of Social Affairs and Health (MSAH), problem gambling in Finland has continued to rise in the past two years.

Now as the sole provider of gambling in the country, Veikkaus’ operations have been under the spotlight, including its methods of customer protection and marketing strategies.

Around 27% of people in the MSAH survey indicated the operator made use of too many advertisements and, in August, Finland’s National Institute for Health and Welfare described Veikkaus’ slogans as "at odds with public health communication," calling for its adverts to be subject to the same rules as tobacco and alcohol. As a result, Veikkaus suspended all purchased advertising to rethink its strategy.

In a press conference in October, after receiving further criticism for a lack of protection for vulnerable problem gamblers, the operator’s CEO Olli Sarekoski admitted Veikkaus had not been doing enough to reduce gambling problems, vowing to provide a more responsible gaming environment for its customers.

As a result, this week Veikkaus pledged to remove one-fifth of its slot machines from Finnish shops by the end of 2020, a total of 3,500, while also vowing to introduce verification technology to slot machines in 2021. The slot reduction will significantly impact the operator’s revenue, with an expected approximate loss of €30m ($33.2m) by the end of 2020.

For the nine months to September 2019, Veikkaus reported a 4% drop in revenue year-on-year, but it is the operator’s reputation that has received the most damage this year.

That said, it seems the operator is responding to its critics with swift action; with the removal of a number of retail slot machines, the introduction of identification technology and a marketing re-think, the Finnish public’s perception of its sole operator could certainly shift in the coming year.