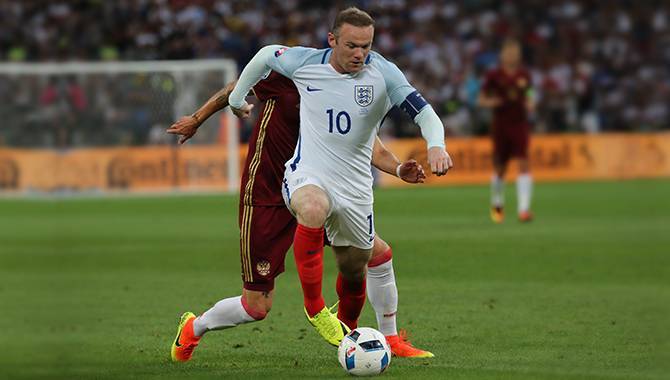 It drew criticism from the Church of England for featuring 32Red’s logo at the end of the video, which was displayed on Rooney’s jacket throughout, with the operator being the shirt sponsor of his current club Derby County, despite the video discussing problem gambling.

There are two trains of thought here and you’ll know your position the moment you see Rooney is wearing his Derby jacket with the logo of the gambling company being visible on the front and back of it.

One line of thought will be that it seems extremely counter-productive to have a gambling company featuring heavily in a video that is discussing problem gambling. The other thought would be that it is a sensible piece of initiative from 32Red to use such a high-profile sports star to tackle a serious societal problem.

My gut response was initially along the first line, but avoiding having 32Red in the video would be naive: why on earth would Derby allow its high-profile signing to appear in a video with its sponsor without a club jacket on? It wouldn’t and for those who do not follow football, it helps draw the connection back to Rooney as a reminder of what he is famous for in the first place.

Also, what is the harm in having a campaign against problem gambling literally being run by a gambling company? The answer is that it doesn’t actually matter. If you are concerned about promoting gambling or ‘triggering’ someone’s gambling addiction then seeing a logo on the jumper isn’t going to matter.

A logo for 32Red, outside the jumper, doesn’t actually appear until the end of the video and just discussing the topic will act as a reminder of gambling at any rate, so I don’t see the argument.

It took very little time before I became firmly entrenched in the second line of thought. The video is made very respectfully and, barring the logo on Rooney’s jumper, there are very few references to 32Red, and it is a topic both players, in particular Davies, are emotional about.

There is also a promotion of Begambleaware.org in the corner with a number to call underneath, interspersed with advice popping up on the screen in between questions.

It is a thought-provoking video and honestly very touching, to the point it ought to dispatch any cynicism that will inevitably be thrown at it. I get why there might be criticism, but watching the video should more than change people’s minds.

But then this isn’t about Rooney or Davies discussing gambling, is it? Any frustration about this links back to when the former England striker agreed to wear the number 32 shirt when he joined, with his debut taking place last week.

I don’t really understand the controversy in all honesty. Yes, it is a connection and a high-profile player wearing a number linked to a gambling company might seem a bigger promotion.

But the only boost to promotion came from the articles surrounding the controversy, and that is only if you take the ‘there is no such thing as bad publicity’ line.

Take one look at the Derby shirt; 32Red is at the forefront of the shirt in massive writing. To suggest those in the stands would see the name of the company and not think of gambling, but see the number 32 and think of gambling, which in itself only works if you understand what 32Red is, just seems bizarre.

There shouldn’t be any issue with the video. In fact 32Red, Rooney and Davies should receive huge credit for it. If you do feel quite cynical about it then just sit down, put in your headphones and really watch it; they are speaking in a refreshingly candid and honest manner.

Even as someone who has never had the slightest issue with gambling, it was still a hard-hitting watch.