888 Director of Casino & Games: In-house studio gives us flexibility to control own destiny 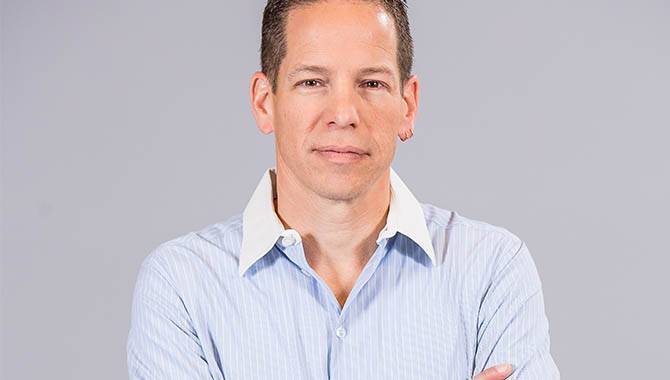 Or Shavit, 888’s Director of Casino & Games Product, speaks to Gambling Insider about the importance of the operator’s Section8 in-house games studio to the brand and what 2020 holds.

Could you explain how you got into the gaming industry and what your current role as Director of Casino & Games Products entails?

I joined 888 from outside the industry - I was working for enterprise software companies and I joined in 2009 as Epayments Product Manager. A year later, I became Casino Product Manager, and for the past nine years, I’ve been with the casino product. Currently, I’m in charge of setting the vision and strategy for both our casino platform, Orbit, and our in-house games studio. I work with a number of teams around the world who are all in charge of carrying out our strategy, building the best product for our players, along with releasing new content for our in-house games studio.

How important has the in-house studio Section8 been to 888 since its launch in 1997?

When 888 launched, the online gaming industry did not have the depth of third-party game providers as there are today. So 888 launched an online casino which had unique games. When I joined in 2009, most of the games were developed in-house with only a handful of third-party games. The studio has evolved and changed dramatically since then and we’ve added multiple third-party vendors with popular industry titles to our platform.

Today, we have roughly 1,000 games from several different game providers, and Section8 has become more of a boutique studio, providing tailored premium content for our platform. Our advantage of being a casino operator and a game provider means we can see what players like and play. In addition, we can see which genres are working better, which games are performing well and then we can decide on our studio roadmap using the data we have accumulated. All of this is done alongside our marketing team, trying to understand what the industry trends are and seeing what games work with that framework. As 888 works in more than 10 regulated markets, each game supports roughly 15 different languages and currencies, which means we can market to them all at once around the world.

What have those games done for 888 that outsourced games could not?

Having our own proprietary games allows us to differentiate from a lot of our competitors, giving us a unique selling point that players appreciate. As I said, we have roughly 1,000 games in our online casino and the Section8 studio developed about 125 of them. These games are exclusive to 888Casino.

We have loyal players who have been with us for a lot of years and we know they are looking for our signature games and new releases. These games can be easily promoted and rewards can be granted on these games, either through free spins, races, vouchers and so on, which makes it easy to promote them rather than different games coming from different vendors and having a variety of promotional tools for each of the games vendors.

Another advantage of the games studio is it allows us to control our own destiny. In recent years, 888 has entered numerous regulated markets that have evolving regulation. Having our own studio means we have operational flexibility to develop games for new markets or adapt the games for regulatory requirements. We know for a fact with every market we enter, we can launch with a minimum of 125 games, and then the third-party vendors can launch with us once they have adjusted the games for that market. Additionally, we can react quickly to technological advancements- such as the death of Flash - and make sure we maintain the same level of quality content for our players.

In 2019, nearly 1.5 million players played Section8 games on 888Casino, with more than $3bn wagered on Section8 games. We’re constantly looking at how our video slots are ranked in comparison to other slots we have available on our platform. We are seeing that roughly four out of the top 10 slots are in-house slots. We released more than 20 new titles last year and we’ve recently returned to developing scratch cards, which we see as an interesting new category that we perhaps overlooked in the past. It is a pretty profitable game category which has been neglected by many game vendors, and it is a good opportunity for us to have exclusive content in that category. We released the first branded in-house scratch card in 2019 and we plan to release several more in 2020.