Stanislav Silin, Altenar CEO, speaks with Gambling Insider about the sports betting supplier’s new licenses, regulatory difficulties in Europe and how the company plans to stand out at ICE London. 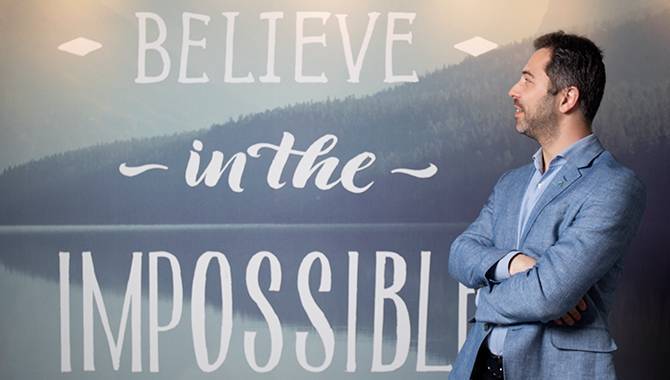 You’ve now been CEO of Altenar for two years. Tell us a bit about your background and how you first got involved with the company.

I am actually one of the founders of the company. I joined the company full-time a little bit later than the others but that is because I was previously involved with another company. I worked for NYX, Amaya and Chartwell previously - these are the gaming companies I got a lot of professional experience from. Originally my entry into the gaming industry came from a very small English bookmaker. That is where I learned about sports betting. Also, I’m a computer science graduate, so that’s why I have a passion for technology.

What have been some of the most important developments in the company over the past two years?

Over the last two years, we also launched a completely new front-end which is really the remake of the front-end user experience. That made a big impact because it’s a responsive front-end that fits on all devices.

What was the process like attaining your UK and Malta licenses last year? Were there any challenges?

It was different for the two of them. Malta was more prescriptive with regards to technology standards. Malta was more focused on the specific infrastructure aspects. That is really a good thing because it helps you obtain the right standard. The UK license was more about looking into fundamentals - so the company structure and who the people behind it are.

In a way we started with our UK license first but we ended up getting our MGA (Malta Gaming Authority) license before the UK license. If we were to go through that journey again we would reverse the sequence and start with the Malta license, and then apply for the UK license and obtain that in a much easier fashion.

Obviously the UK is a very competitive market. Now you have received your license, what are your plans for making an impact on the market?

We have some companies we’re partnered with. They provide the platform service and we provide the sportsbook. There are some UK brands that are interested in getting sportsbooks so this is how we intend to enter it. We haven’t yet launched but we’re in preparation to do that.

Altenar is active in a number of regions across the world. From a regulatory perspective, what are the most difficult markets for you?

Italy and Sweden are probably the most challenging right now. Neither of the two markets require us to hold a license but they do require us to adhere to certain standards that are dictated and enforced upon the operator. The operator in Italy is required to go through a certification or an exam by the regulatory authority directly. There is a very specific protocol one must respect to communicate real-time all the betting information to the government.

In Sweden, it’s not that the actual regulation is very different in terms of getting the certification of approval, but there are certain operational requirements that make it harder - such as the under-18 rule. This was a challenge last year but none of our operators got any fines.

As we look forward to ICE next week, what is it about Altenar’s offering that will make it stand out from the crowd?

Firstly, I believe it is a combination of different factors. We want to build trust with our customers that we are a reliable B2B supplier. We don’t have a large turnover of customers, if any at all, and usually that’s a very important selling point.

From a technology point of view we are preparing our new platform to be released later this year. This isn’t something I can give too much detail on now but it is something we are continuously working on in upgrading the architecture.

We are also expanding the product portfolio because with some of the recent customers we signed there is a big appetite for a retail aspect. There are various degrees to how a sportsbook can be implemented with retail so we are experimenting with that in 2020.

Overall, there is a healthy roadmap of features we will be working on this year.