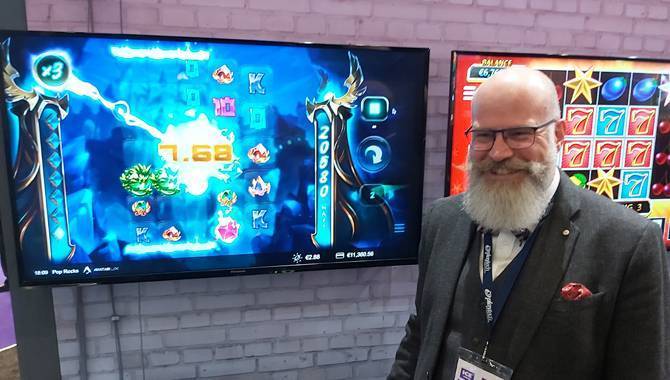 Marcus Honney, Managing Director of supplier AvatarUX, is aiming to help make the company a ‘familiar’ game design studio in the next five years.

The company is preparing to launch a new game - PopRocks - on 7 April, following the launch of its first game - Lilith’s Inferno - last October.

The games are part of the Yggdrasil Masters program, an open gaming platform that will see companies’ games incorporated into the Yggdrasil portfolio.

When asked about his aims for the next half-decade, Honney replied: “It's about building the brands and making them a familiar name as a game design studio. We will look with our investors across to Asia as well, and will explore further expansion with Yggdrasil, especially as part of its publishing area now.

“It gives us new opportunities and looking at our own relationships as well as seeing where we can go and seeing what we can do with the game itself.”

“The relationship with Yggdrasil is good; it is quite easy for us to integrate our games into their platform. The models they are using at the moment means that certification or what we need to do for certification is the reality checks with the UK and that kind of thing. They also give us guidance on the games as well.”

It is set to be a busy 2020 for the company, with three other games set to follow PopRocks, as well as potential reskins to titles to help their performance in other markets.

Gambling Insider met with Honney at the Yggdrasil stand at ICE London last Wednesday, and over the course of the interview, Honney's experience within the industry was evident.

He started working on table games 25 years ago with TCSJohnHuxley and arrived at Yggdrasil after stints at NetEnt among others, jokingly describing his move to online gaming as "joining the dark side."

It was through Yggdrasil that he joined AvatarUX, where he has aimed to secure investment for the company.

Honney explains: “The investors we specifically chose to be active investors - I wasn’t interested in static ones. They have an input in the game and their comments are valuable to us. It is actually not that hard to find investors, but we want to make sure they are the right type of investors.

“We are not interested in taking the money if they’re just there for the ride. We actually want them to be part of it.”

Honney explained: “Again we wanted to do something else, we wanted a hero and a protagonist, a boss fight at the end, and different bosses at the end so it builds up as well and see what kind of reception we got.

“It is around 350 brands that have got it now and it has had some good feedback. The game did especially well on Twitch, and we have had some success on YouTube as well.”