Analysis: What could coronavirus mean for UK sports betting?

As coronavirus spreads across Europe, governments and sporting bodies in multiple countries are taking action to limit the pandemic’s impact. 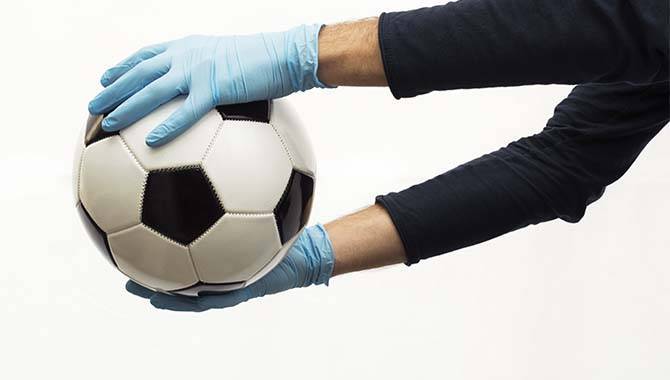 In Italy, this has led to a country on lockdown, with the Prime Minister imposing a “stay at home” policy in which travel is only permitted for work or family emergencies.

This has had a significant impact on Italy’s gaming industry, with Snaitech and Newgioco both being forced to close betting shops and internet cafes in the country, in accordance with the government’s newly enforced policy.

Meanwhile, for Serie A, Italy’s top football league, these new safety measures have led to a postponement until at least 3 April, with the potential for cancellation altogether; something also limiting for Italian football bettors and the companies who profit from them.

At the time of writing, the UK has 460 confirmed cases of coronavirus and eight deaths, but if the situation worsens could we see a similar impact on the market’s betting industry?

Speaking with Gambling Insider, Kevin Dale, an industry veteran with over 20 years of experience in the gambling industry, acknowledges companies with an offline presence will be hit much harder than those with an online footprint as, after all, "moving a mouse is far less contagious than moving your feet."

UK retail betting is already in the midst of a difficult period after last April’s reduction of maximum stakes on fixed-odds betting terminals to £2 ($2.54), having been lowered from £100.

William Hill’s UK revenue fell 13% year-on-year for the full year 2019, to £1.2bn, while GVC was forced to close around 13% of its betting shops over the year as a direct result of the new limits.

Undoubtedly, if the UK sees the same emergency measures as Italy, retail bookmakers will take a further hit to their 2020 revenue – something that could be the final nail in the coffin for more betting shops.

However, understandably Dale believes the extent of the virus’ impact on the UK market will depend on the longevity of the situation.

He said: "It’s anyone’s guess as to how long the economic stagnation will last, but 12 months feels about right for the virus to run its course. If we’re all cooped up for a third of this then it’ll be pretty bleak."

This week, an English Premier League tie between Arsenal and Manchester City was postponed due to coronavirus fears, and there is concern more postponements or cancellations could be in store as the situation worsens.

Dale believes if more sporting events are cancelled, this could lead to real damage to sports betting handle within the UK.

He said: "If a large number of sports fixtures aren’t played then we have a real problem.

"There is always the migration from online sports betting to online casino/virtuals betting of course, which could offset some of the pain, but the ‘interest overlap’ between the two is only around 30%."

This week, the Ligue de Football Professional announced the top French football leagues will be played without an audience until 15 April, while the Italian football leagues agreed on a similar proposition before their postponement.

If the FA makes the same decision to play the football season behind closed doors in the UK, Dale believes the main impact will be for traders unable to rely on usual signifiers for odds calculation.

Dale said: "As for betting behaviours, if games go ahead, you would expect home advantage to be less significant.

"Even if the venue isn’t neutral, the lack of a vociferous home crowd should make a difference to player confidence. As a punter, if you don’t feel this reflected by the oddsmakers, start betting on away teams."

With a summer of planned sporting events fast approaching, such as the Summer Olympics in Tokyo and the European Football Championships across Europe, there is no doubt sporting fans are crossing their fingers that the situation will alleviate soon; a sentiment mirrored by sports betting operators relying on these events for a successful 2020.

After the release of his company’s full year results for 2019, Kindred Group CEO Henrik Tjärnström, told Gambling Insider he was convinced the Euros would be the operator’s "biggest event ever."

Now, rather than celebrating a profitable summer, it seems more likely operators like Kindred, owner of UK-facing 32Red, will be clinging on for hope.

Rather than a summer to remember, this might end up one bookmakers would sooner forget.