During the coronavirus pandemic, esports has provided operators with a vital substitute for sports betting. 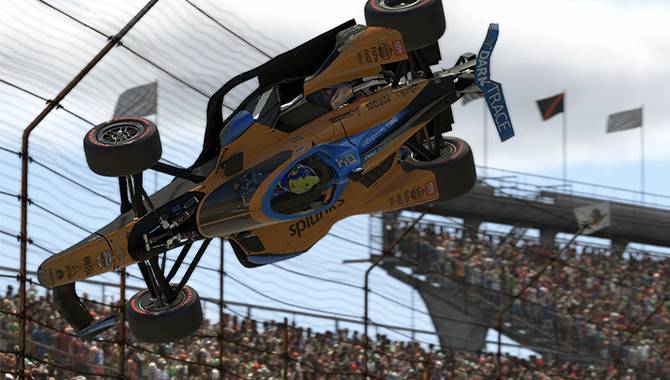 Speaking on an SBC panel last week, Interwetten CEO Dominik Beier echoed the opinions of other panellists when he said the vertical was one of the "biggest surprises and winners in this crisis."

As a result of the lack of sports, Beier said the vertical now represented almost half of Interwetten’s gross gaming revenue; a pattern confirmed by Minja Bolesnikov, CEO of MaxBet, who said he’d seen similar numbers.

Since mid-March, esports has gone from being the betting sideshow to the main attraction and it’s important the vertical seizes the opportunity to prove its legitimacy as a genuine contender to traditional sports betting.

However, Saturday’s virtual Indy 500 race saw an example of why the esports vertical has struggled to gain traction in the past – and how the actions of one individual can hinder progress moving forwards.

The online event, which was televised live on NBCSN in the US, saw professional racing drivers take on esports stars in the last of a six-race virtual racing series and was a major betting event for operators in the absence of any real-life racing or sports.

Despite this interest, the event came to an unsatisfying conclusion when professional IndyCar racer Simon Pagenaud caused a collision with the race leader on the last lap.

The crash took both drivers out of contention for the victory, but also called the event’s legitimacy into question when Pagenaud's personal stream of the race suggested the act was deliberate – with Pagenaud declaring his intention to “take out” young Formula One driver Lando Norris after losing the lead in the closing laps.

Whether these were the actions of an IndyCar driver unhappy with a Formula One racer taking victory, or an example of a professional athlete not taking esports seriously, Pagenaud 's behaviour was inexcusable and hugely impactful for the reputation of the vertical from a betting perspective.

For those who placed bets on Norris to win the race, having their chosen driver deliberately taken out in the final lap would be a completely unsatisfactory conclusion to the wager.

Meanwhile, Pagenaud's decision to intentionally crash into Norris, something that would endanger the lives of both competitors in real life, cheapens the vertical by highlighting that it is very distant from reality – a realisation that sports betting operators would like to avoid.

This will undoubtedly see customer care centres inundated with bet settlement complaints and will even see many potential bettors turning their back on the esports vertical moving forward.

Will Buxton, Formula One journalist, summarised the general sentiment towards Saturday’s events when he tweeted: "Sure it’s 'only a game' but it’s not just a few mates messing about in private. It was an officially sanctioned event and those moves short-changed a loyal fan base.

"Also quite aside from the shocking lack of sportsmanship it’s probably worth noting that in the current global situation, betting on virtual sports has become a huge business. Deliberately taking people out isn’t a good look."

This is particularly disappointing when we contrast these actions with the performances of those professional athletes who respect the legitimacy of esports and are doing great things for improving viewership and betting figures for the vertical.

In one example, Sunday saw a hotly contested virtual Formula One event in which Ferrari racer Charles Leclerc and Red Bull driver Alex Albon fought it out for victory in a thrilling race.

Although Interwetten’s CEO confirmed the esports vertical had gained traction during the current crisis; he also said he didn’t expect this to last once real sport returns.

"Mid to long term there will be an increase in revenue and some punters will be interested," he said. "But if you ask me it will not remain on the revenue levels it is on now."

Indeed, it would be difficult to argue with Beier on this point, but if esports does want to maintain some traction, demonstrating legitimacy is one of the most important factors in achieving its potential in the long term.

For this reason, unsporting behaviour, such as that seen from Pagenaud, should be met with appropriate punishment.

Those looking to establish esports as the next big thing in betting need to combat the 'it’s just a game' mentality; punishing those competitors who subscribe to it is an important step.