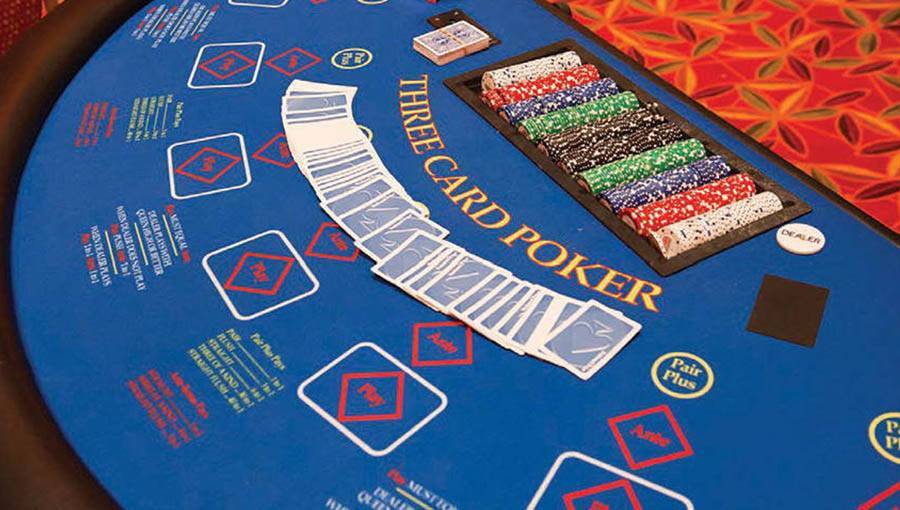 For a long time in the UK casino market, there wasn’t much interest in alternatives to the basic casino table games, with options strictly limited by law to the standard games of roulette, blackjack, forms of baccarat, dice and not much else. The regulations were particularly prescriptive – even the order of the numbers on the roulette wheel was laid down in secondary legislation (although, bizarrely, not the need to actually spin the ball).

More recently, however, the UK has become a hotbed of trials and innovation, with almost imperceptible amounts of regulation. These days, there’s just a theoretical list of games that cannot be offered, meaning that for those companies with games to trial (as well as individuals with new games they’d like to put in front on the public) the UK is one of the least restricted territories in the world.

The forerunner of the current legislation was the introduction of a number of new games in the 90s, including Three Card Poker, Casino Stud Poker and the ill-fated Sic bo. Varying degrees of success were seen – Three Card Poker is of course a global phenomenon, while the only side bet allowed under this tranche of law, the over/under 11 side bet on blackjack, more or less sank without trace.

There is a fortune to be made out of these games however, and companies such as Galaxy Gaming have stepped into the space to become a leading supplier. When the right offer meets the right environment, table game revenues can skyrocket, although it’s not quite a 'one size fits all' situation. Dean Barnett of Galaxy says: “We try to tailor our solutions to the casino, market and legal jurisdiction we’re dealing with. Our library of games is wide enough to contribute something in most areas.”

As far as the UK is concerned, it can be confusing to determine what’s the best option, and there’s a balance to be struck. While it can seem a straightforward proposition to simply whack as many side bets as possible on, for example, a blackjack table (and Galaxy, for one, are working on a deal where their entire library is available for a fixed fee) it’s not quite so straightforward.

The maths, in terms of expected win, clearly favour pushing as much stake money as possible onto side bets with edges of 3-11%, or better still, progressive side bets with an edge of up to 30%. Clearly that creates a better expected return than having money on the base bet with an edge of 0.5% upwards, depending on player skill. However, there are two linked negatives to having side bets plastered across the layout. Firstly, in terms of pure game speed, side bets can slow the game down by as much as 50%, diluting the advantage of having higher effective edge. It’s not just the time taken to place and settle bets, a significant part of the issue is making change for side bet stakes every hand or two.

The other impact of too many side bets, beyond the simple slowing down of the game, is the impact this slowdown has on the player, particularly the regular blackjack player. The UK is relatively unusual in that a very high proportion of the table play is from extremely regular players – when you have 140+ casinos in a relatively small country and no “resort” casinos as such, it’s inevitable that the casino becomes more of a socialising spot for regular players, rather than a destination night out in itself. These regular “three times per week” players, who love the base blackjack game and have worked through the side bets long enough to recognise the bankroll drain they represent, don’t particularly want the slower hand rates and general messing about as a result of too many side bets in play. Anything that upsets these players, who are the core of the business in the UK, is unlikely to be worth doing just to squeeze a few more pounds out of transient weekend punters.

The solution is, of course, to keep the minimums right on the side bets. To take it to extremes, as a number of sites do, keeping the minimums the same as the base bets minimums will keep the number of side bets low, while keeping the total stake respectable (assuming players accept this). Obviously the local competitive situation will be a factor, but certainly having a £5 table, for example, with a £1 side bet is likely to be counterproductive.

As always in these types of situation, analysis is key. In years gone by there was a fair amount of estimation and occasionally laborious CCTV analysis used to determine side bet participation, but these days things are much more sophisticated. Any progressive side bet by its nature will be trackable, but now standard side bets can be tracked with simple sensors, leading to a much more comprehensive dataset which can be used to adjust which side bets are most profitable, and on which tables, something that Galaxy have developed for their clients. “We are finding that clients really value the ability to track each individual side bet on each table", says Barnett. "This is helping them mix and match bets to the gaming areas in which they’ll be most effective."

Completely new games are, however, a different matter altogether. We are all familiar with the very limited number of huge success stories in the industry – Three Card Poker is the gold standard in this regard, but as of yet nothing else has had quite the same impact. Blackjack Switch, Crazy Four Poker and newcomer High Card Flush are notable growers, but the ratio of success stories to failures is extraordinarily low.

Anyone who’s been in the industry for any significant period of time has been approached by a colleague with “the best game idea for a century” and frankly in my experience they tend to be underwhelming. Any successful game has to have, in my opinion, a combination of three things:

1. The casual player has to be able to understand at least one of the bets within one minute – and as casino people, that translates to 20 seconds in our case (with more experience and focus on learning).

2. Beyond that, the game has to have some intrigue and depth, to keep a player interested after half an hour of playing.

3. Ideally the game needs more than one “reveal”. Three Card Poker has two – seeing your own hand and that of the dealer. Blackjack has multiple – initial deal and every card thereafter. Even roulette has the fun of watching the ball bounce around.

While nobody wants to cede control of their baby to a distributor, the truth is that for all the games that are invented by passionate entrepreneurs from inside and outside the gaming industry, the costs of protecting the game and convincing someone to trial it in a friendly legal environment mean many games die before they ever make it to the public. Passing it along to a specialist and giving up a good percentage of the future earnings is often the only way to have a realistic chance to have the game see the light of day. Having said that, find me a game that ticks my three criteria, with a snappy name (and please, please not “it’s a cross between x and y” – I’ve heard that a million times) and you’ve a chance to make it work.

Paul Sculpher runs gaming industry recruitment specialist GRS Recruitment along with Steven Jackson. He can be contacted at [email protected]