Ask the expert Q&A: How should operators handle customer complaints?

There has been much speculation about what will be in the forthcoming White Paper, and one idea that has been repeatedly suggested in the run-up to its release is that it will outline plans for a gambling industry ombudsman. 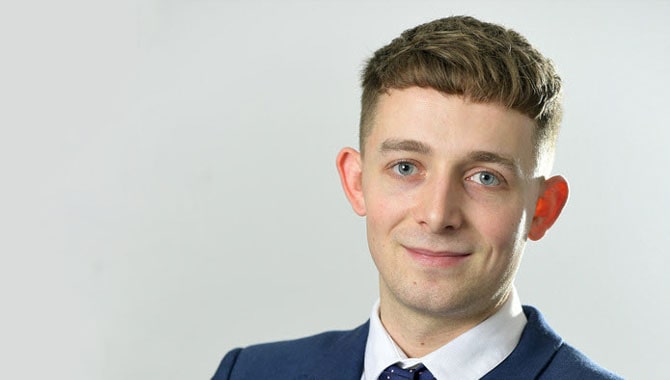 There has been much speculation about what will be in the forthcoming White Paper, and one idea that has been repeatedly suggested in the run-up to its release is that it will outline plans for a gambling industry ombudsman.

Several industry stakeholders seem to believe this is likely, and earlier this year, alternative dispute resolution (ADR) provider the Independent Betting Adjudication Service even set out a detailed proposal on why it was the best organisation for the job.

The introduction of an industry ombudsman has also been backed by a number of other significant players in the industry, including the Betting and Gaming Council.

Whether such a body materialises remains to be seen, but either way, it’s clear the Gambling Commission has complaints handling high on its agenda at present.

Indeed, the regulator’s list of its main organisational priorities for 2021 and 2022 included exploring “how to improve how licensees deal with consumers when things go wrong."

It has already undertaken a review of the complaints procedures of 34 licensees, which prompted it to publish a list of tips that operators should follow in regard to complaints in July. The Commission noted that while most operators met the basic requirements of their licence conditions, there was room for improvement in a number of areas.

Felix Faulkner, a solicitor at Poppleston Allen, gives some advice on what’s required of operators on the complaints front.

What are the main regulations that govern how operators should deal with customer complaints and what do these require?

Section 6.1.1 of the Licence Conditions and Codes of Practice (LCCP) Code of Practice provisions outlines the social responsibility code for complaints and disputes. This applies to all licensees (including ancillary remote licensees), except gaming machine technical and gambling software licensees. Compliance with this is a licence condition, and any breach by an operator may lead the Commission to review the operator’s licence with a view to suspension, revocation or the imposition of a financial penalty. An operator in breach could even be at risk of prosecution.

The Commission also has complaints and disputes procedure guidance, which sets out the minimum standards it expects from all licence holders. This guidance aims to assist licensees with detail about how to comply with the LCCP and the wider legal requirements – though it is intended to allow licensees flexibility as to how they comply.

The Gambling Commission recently produced some additional tips on how operators should handle complaints. What is the background to this?

These tips came from the review of current operator complaints policies and provide some further detail over and above what is in the LCCP and existing guidance. While not necessarily ‘new’ concepts as such, these provide information that is intended to help operators make sure they are adopting best practices in this area. A key theme is that the regulator is keen to ensure operators are making the complaints process as easy as possible for consumers.

Complaints are quite a hot topic at the moment – especially with the rumours of an ombudsman being introduced. The fact the Commission decided to review 34 different licensees’ complaints policies indicates it was clearly concerned some operators might not have been doing everything they could on this front.

How do these tips extend the position that is already outlined in the LCCP and associated guidance? What are the main additions/changes/extra information other than what was already in place?

The tips essentially extend the good practice advice already available. At the time of releasing the tips, the Commission said it wanted to make sure operators were making it as simple as possible for customers to complain if the need arose, as one of the findings of its research was that some players perceived the complaints process to be tedious.

Thus, the tips included things such as using plain English and avoiding jargon or legalese, as well as a recommendation to include links and make sure these links work.

The advice also said that licensees should include details of their complaints procedures on their homepages and use both technology and other forms of contact to guide customers through the process. These particular tips were presumably aimed at addressing one of the other deterrents to complaints reported by players in the regulator’s research, which was that some players felt licensees might be “purposefully difficult to reach.”

Are there circumstances where a complaint may give rise to the need for an operator to report itself to the Gambling Commission for a breach of licence?

The LCCP outlines the conditions the operator must adhere to with regards to complaints. Any breach of these will put the operator at risk of enforcement action from the Commission, and operators must ensure they adhere to these at all times, alongside being advised by the Commission’s guidance on the matter. If an operator feels it may be in breach of 6.1.1, legal advice should be taken, and any breach rectified immediately.

What are operators’ responsibilities in terms of referring customers to ADRs and engaging with those ADRs?

Operators have a responsibility to ensure that they have arrangements in place for customers to be able to refer any dispute to an approved ADR entity free of charge. This must be done in a timely manner. The recently released tips said operators should include details of this eight-week time limit for resolving complaints or issuing a final response, be clear when they have given a final decision or reached ‘deadlock’ and provide clear signposting to ADR providers.

How might the complaints process change if an ombudsman is introduced for the sector, as has been suggested?

It is difficult to say how it might change if an ombudsman is introduced, as although this has been much discussed in recent months, we won’t know anything for certain until the White Paper is released. It’s likely an ombudsman would replace the current setup of having multiple ADR providers. One big question is whether or not and to what degree an ombudsman would take over from the Commission in dealing with complaints that bleed into the regulatory realm, such as customers being allowed to gamble unaffordable sums. Another is what role it would have to play in the protection of player funds.