Is PokerStars' dominance of online poker coming to an end? 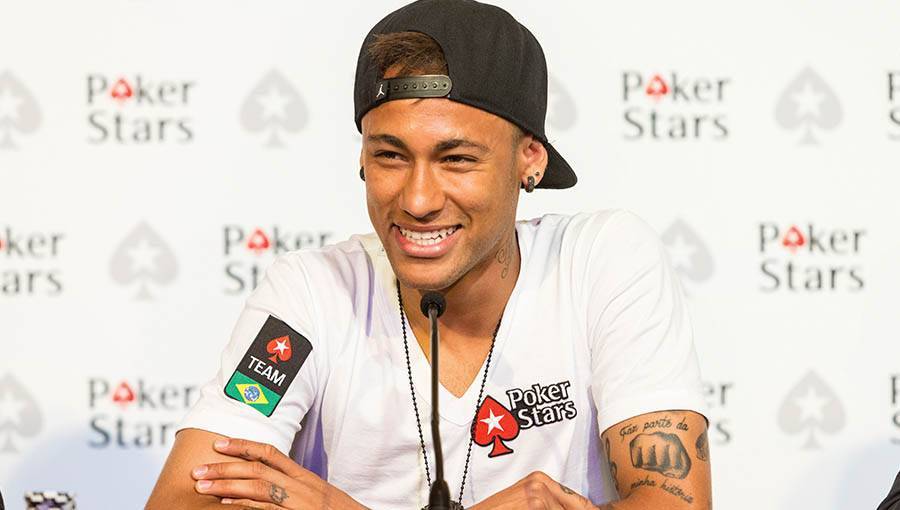 ﻿Despite PokerStars remaining the runaway market leader in online poker, Julian Rogers asks whether its dominance could be slipping, and explores what rival sites and networks are doing to close the gap

For almost a decade, PokerStars has bossed online poker. To use a poker analogy, the Isle of Man-based giant has been the industry’s ‘table captain’, mercilessly crushing its rivals and cornering around two-thirds of the global market. Yet Amaya Gaming, parent company of PokerStars since 2014, has drawn the ire of pros and online grinders following controversial changes to the VIP rewards programme, which has hit these players the hardest. As well as a vociferous outcry on social media sites and popular poker forum 2+2, some 2,500 players staged a three-day boycott in December. But despite the backlash, the protests have fallen on deaf ears.

PokerStars would appear to be turning its back on the pros and going ‘all in’ with a recreational player model. Hence the hiring of soccer superstars Cristiano Ronaldo and Neymar for marketing purposes and the heavy promotion of lottery-style Spin & Go’s, of which an average of 2.8 million were played a week by late last year. On top of this, it was announced in February that regular heads up cash games were to be scrapped, which coincided with the unveiling of new turn-based heads-up mobile game Duel. So with this shift in mentality, not to mention the once poker-only brand branching out into casino, sports betting and daily fantasy sports, can a rival poker site gain ground on the runaway leader by nabbing these disgruntled, high-volume players?

Well, major operators like 888poker and PartyPoker haven’t exactly been rolling out the welcome mat for multi-tabling grinders for quite some time now – years, even. They too have put the emphasis on courting the casual player who plays for enjoyment and reloads if his or her account eventually runs dry. It’s now an industry-wide strategy to acquire and firmly hold onto this user for the benefit of the poker ecosystem. Alex Scott, head of poker at Microgaming, which operates the Microgaming Poker Network (MPN), the platform supporting betting operators including Betsson, BetVictor and 32Red, says: “Recreational players are so coveted because if you increase their numbers, or extend their lifetimes, there is a domino effect on all the surrounding players and their value also goes up.”

MPN has also implemented recreational-friendly initiatives – everything from scrapping the widespread rule of English-only chat at the tables to rolling out Blazing Cannon for fast-fold variant Blaze Poker (a mini-game in the style of Angry Birds in which players fire flaming chips at a house of cards to win cash prizes). More recently, though, players have been permitted to change their aliases every 30 days or 100 hands, whichever is reached sooner. The key aim here is to insulate lesser-skilled player from sustained “bum-hunting” by sharks.

Scott says the “parasitic players” who target casual users are the enemy of sites. “These players intentionally make the player experience worse for their opponents in order to benefit themselves in the short term. For example, some parasitic players use scripts to allow them to be seated with the weakest possible opponents, so that they can win their money as quickly as possible. Such players drive away recreational players and drastically reduce the value of everybody around them.

“They are terrible for any poker ecology and that’s why we’ve been combating them as much as possible over the last year.”

In order to get ahead, certain operators have taken the calculated gamble of leaving a network to go it alone. Whilst the obvious challenge is generating the essential liquidity, the upsides are freedom and flexibility.

Stockholm-listed Unibet went down this route by building its own casual player-centric software with distinctive table graphics for a big re-launch in 2014. External software and HUDs are banned, there is no table selection option for cash games and sit ‘n’ go’s, and users can alter their alias and avatars up to three times a day. Rewards are also weighted more towards the lower end of the scheme in order to benefit new or inexperienced players. The emphasis is on achieving missions rather than just paying out rakeback.

“The main effort has been on levelling the playing field and giving new players a fair shot at making their money last,” explains Unibet Poker marketing manager and former pro David Pomroy. “The problem for too long was that a site like Unibet would spend money acquiring a player, only for them to be killed off in tough games almost immediately and without much enthusiasm to return. There reaches a point where it’s no longer worthwhile spending money to acquire new players, as evidenced by a lot of the “rakeback wars” on competing skins from various networks in the past. If it’s no longer economical for poker sites to try to encourage people to try the game for the first time then the industry is in a lot of trouble.”

The tough online poker climate hasn’t deterred new entrants, though. TonyBet Poker, founded by larger-than-life poker celebrity Antanas Guoga, otherwise known as Tony G, was the first poker site dedicated to Open-Face Chinese (OFC). Now, thought, its proprietary software offers traditional Hold’em and Omaha games. Interestingly, these are rake-free for cash games, while all tables are six-handed affairs. There’s even the option for straddles, which is an online novelty.

“We’ll continue to make changes and experiment with the site to make poker more fun,” says spokesman Warren Lush. “Straddles, for example, are a big part of live cash games so why can’t we transfer those principles to online cash games? If it doesn’t work then nothing ventured, nothing gained.”

Lush has been vocal of late regarding the need for the industry to shake things up. Online poker lacks risk-takers, he says. “I feel that a lot of online operators have given up on poker and that the investment and interest in promoting the game on TV worldwide is not there anymore – operators have to experiment.”

In the meantime, though, it’ll still take a mighty effort to dislodge PokerStars from its perch. Back in mid-January, traffic tracking site PokerScout showed that the main PokerStars dot.com site had a seven-day average of 17,000 cash-game players. This far outstripped the nearest rival, 888poker, with 2,400 players.

In its slipstream were Bodog and the iPoker network, while PartyPoker.com was languishing in seventh position with an average of 1,150 players. PokerStars’ sister site, Full Tilt (set to join the same platform this week), which was the second-largest site in the world five years ago, could only muster a paltry 800 participants, relegating it to 11th spot.

But Scott says: “There is an incredible opportunity for strong alternatives to capture market share in the coming years, and I think you can already see which sites are going to rise to the top.” He feels that brands shouldn’t use online poker’s decline since the boom years as a reason for not trying to grow market share.

“I think the ‘industry contraction’ is just an excuse,” he says. “There are still many billions of euros to be made in the poker marketplace, but only a few providers have really fought for that money since Black Friday. Pomroy says PokerStars’ rivals missed a trick after Black Friday. “There is an opportunity for sites to capitalise [on what’s happening at PokerStars], but that’s not to say they definitely will. I think there were similar opportunities in recent years, especially after Black Friday, and a lot of sites missed the chance to close the gap.”

Scott concludes: “I think with increasing competition, the size of the market can increase – after all, there are so many untapped developing regions that we have barely begun to explore.” As for those pros and grinders who’ve made a comfortable living on PokerStars, they face a much more uncertain future.]