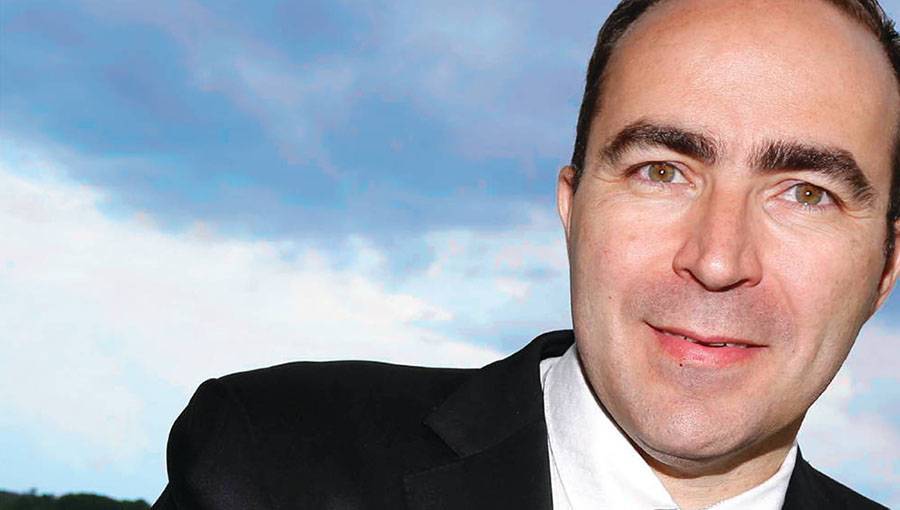 ﻿The 2014 World Cup proved to be a turning point for Colossus Bets, with its first product partnerships going live just in time for the tournament’s opening ceremony. Fast forward two years, and CEO Bernard Marantelli has a plan for making Euro 2016 an equally as memorable event

How have things at Colossus Bets changed since the World Cup 2014, the last major international football championship?
At the beginning of the World Cup we were a football-only firm with six employees, reliant on outsourced tech, and our first two B2B partnerships (Betfair and Betdaq) had just gone live. Although cash-out as a sports-betting product was coming to prominence, we were the only firm offering ‘partial’ cash-out.

Fast forward 18 months and we are a multi-sports pools operator with 30 employees. All of our technology is now developed and maintained in-house, we’ve won several industry awards and we have ten live B2B partners across five continents, with a series more due before the Euros. Plus of course all the big firms have replicated partial cash-out to such an extent that the feature is now basically industry standard.

What is your opinion on the online betting marketplace as we head to the Euros? With so many different product launches offering different sports betting angles, is it becoming something of a crowded marketplace?
In terms of sports betting product, there is certainly plenty of noise in the market. A good example of this is the series of niche firms focusing on offering specifically tailored products such as “instant” bets, fantasy pools (with the noteworthy arrival of DraftKings into the UK market), and player indices. Plus our own lotto-sized pools are growing.

Ultimately, however, the power lies with those companies who hold the players and in this respect consolidation in the sector – a small number of bigger operators – is arguably making the market less crowded.

Do you have a separate marketing approach around big tournaments like the Euros? Or is it a case of sticking to the tried and tested approach used throughout the football season?
Major tournaments are perfect for jackpot pools, with quality televised matches on a daily basis for a period of a month. This gives us the chance to kick off a £1million+ pool almost every day, as if each day were a Saturday. It is the equivalent of having a mini football season crammed into four weeks, with the corresponding opportunity to retain player interest and focus.

All of this means that June in particular will be high octane for our B2C and B2B marketing efforts. It is a different challenge to the regular season but in many ways it is more straightforward and is certainly more fun.

Are you expecting a greater volume of players throughout the weeks of the tournament than a regular month of the league season? If yes, how is Colossus Bets prepared to cope with that circumstance?
Yes, absolutely. The World Cup saw a step change in our volumes and profile and whilst that coincided with our first B2B partnerships going live, as a better established business now with significantly increased distribution, we expect the Euros will have a similar step change impact.

In terms of catering for the needs of customers, we only interact directly with our B2C players. Most players now come to us via B2B partners and our job in servicing their needs is to ensure that the core Colossus systems runs like clockwork. We have built what is probably the most modern and scalable tote betting platform in the market (and the only tote which offers cash-out), so we are in a strong position here.

Is there a plan in place to retain new customers who sign up to bet on the tournament beyond the Euros?
With a football-focused product it is obviously a challenge that there is a break of a month between the end of the Euros and the start of the new season. However in a non-tournament summer this challenge would be even greater with a longer break and we have learnings from the World Cup which we will apply to our B2C customer base.

An equal focus will be on how we help our B2B partners re-engage with their customers for August and we are also working on that challenge, the most obvious example of which is our customisable free-to-play product which is being built into our partners’ microsites.

What is on the horizon for Colossus Bets after the Euros is over?
We have a series of partners looking to be live with our pools by the Euros, and for any of those who do not make it I suspect the new season in August will provide a revised focus. I expect July to be as busy as ever for our tech team as a result.

After the Euros, expanding our B2B distribution will remain our prime objective, together with continuing to refine product features and the general product offering, selectively expanding into new sports.

Does Colossus Bets rely more or less on mobile technology than its competitors? Does that make a difference during a tournament where less people will be watching game in the immediate vicinity of a computer?
Even factoring in industry trends, a disproportionate number of our players access our products via mobile devices. This is probably a consequence of having launched with partial cash-out, meaning the Colossus product has always worked especially well on mobile. I think casual and recreational play, synonymous with mobile, will spike during the Euros and this should work well for us.