Standing on the shoulders of a DFS giant 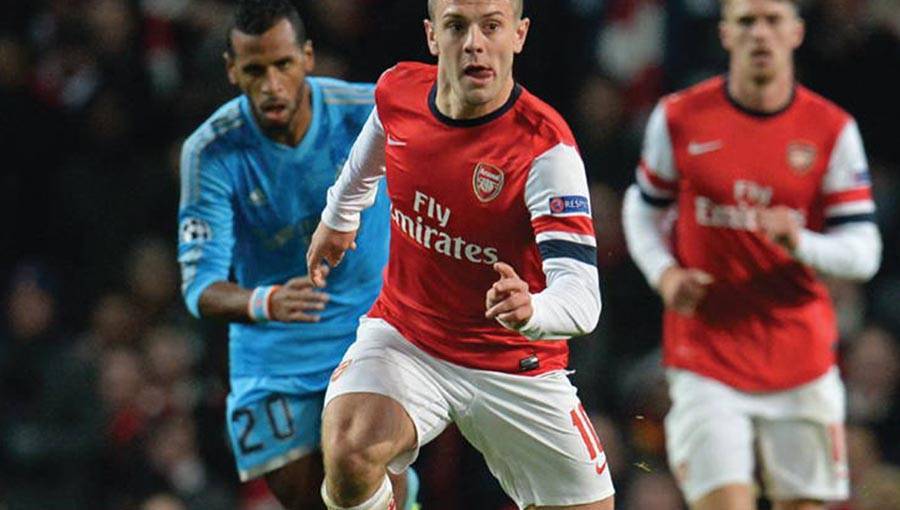 ﻿Smaller European DFS operators should be jumping for joy that they can now call DraftKings a competitor, says Oulala.com co-founder and Managing Director Benjamin Carlotti

With the beginning of February came the fulfilment of DraftKings’ promise for international expansion through the launch of its DFS games in the UK. Certainly, this is excellent news for daily fantasy sports in Europe; this is the catalyst necessary to increase the progression and attention towards the entire DFS industry.

DraftKings may have come up short when attempting to raise $70 million from investors in that same month, marking a significant drop from the company’s preceding investment gains as the regulatory clashes it faces across the USA weigh it down heavily, but this DFS giant still maintains its reigning position with a set market value of more than $2 billion.

DraftKings is now prepared to break new ground in the development of the European market. The press release announcement of its arrival into the UK market sparked a ripple of movement buzzing in the marketing world in preparation for it. Moreover, DraftKings went on to announce a total of three partnerships with Premier League clubs, including Watford, Arsenal and Liverpool.

Nevertheless, Europe’s DFS scene is markedly different to that found in the USA. The number of differences is much greater than one would expect; a fact that DraftKings’ management is acutely aware of. Notably, one of these differences includes the fact that the USA DFS community has a variety of sports that appeal mainly to a domestic market, Europe has one main sport that appeals to the market on a worldwide level.

The most popular sport in the USA is American football, bearing the largest fan base and the premier event on the US sports calendar, the Super Bowl. Thus, American football is much more highly marketed than fantasy leagues for any other sport. In 2015, 73% of DFS players played Fantasy NFL at least once throughout the year. These players also play a variety of other sports including NHL, NBA, NCAA and MLB. Despite the rising number of soccer players, leaping from 12% in 2013 to an impressive 20% by 2015, player’s main focus in fantasy sports is still trained on local MLS teams.

Realistically, the only sport in Europe that could successfully create a vast DFS community is football (soccer), the most popular sport worldwide. This differs from NFL in that there is no overwhelming domination of one league, instead there is a wide variety of competitions and tournaments both on a national level, such as the Premier League, La Liga, Bundesliga and Serie A, and on an international level, such as the Champions League and the upcoming Euros. Thus, for the most part, daily fantasy football can be played all throughout the year.

It is imperative that to understand the complexity of operating within the European market and the challenges that it presents, including Europe’s multilingualism, different legislations, the varying levels of market maturity and the issues around operating across numerous currencies.

The most significant factor, however, is the cultural differences present in the relationship between sport and data. Fans’ passion tends to override any analytic inclination in Europe; however a change in this has already been set in motion due to the rising necessity of stats and number analysis required in order for a skilled player to build their fantasy team with the goal of surpassing others. So, the central task is the evangelisation of DFS enthusiasts that show interest in sports players and their individual statistics. Oulala’s widespread use of infographics, our corporate signature, has paid off over the last year and a half, with over a thousand of them being published in the UK media.

Another chief facet of DraftKings’ arrival to Europe is the link between DFS and sports betting. Considering the long since established, fine-tuned sports betting market in most European countries, it seems inevitable that breaking into it will be a challenge. Nevertheless, I believe that daily fantasy sports are the ideal substitution product, enabling individuals to play against a community rather than against the house.

Additionally, DraftKings’ primary target audience comprises approximately six to eight million individuals in the UK who actively participate in free season-long fantasy football games. With the game’s evolution into a more attractive format that is both monetised and played daily or weekly, it is highly anticipated that a significant number of those individuals will be quick to jump on board, as they did in the USA.

Surprisingly, a number of smaller European DFS operators have expressed their concern that DraftKings’ seemingly imminent domination of the market may ultimately force them out of the game. On the other hand, I believe that the advent of such a major DFS operator is highly beneficial in that it will gradually produce more opportunities and prospects for smaller operators.

Aside from taking the lead, DraftKings will also achieve a feat that other existing DFS operators have been unable to do thus far. That is promoting a higher level of awareness towards our sector. This increased cognizance will most definitely be valuable for both big and small operators alike.

To address any aversion towards having competition within the same market, I shall direct the current focus onto the rise of the DFS market in the USA. 2008 saw the launch of FanDuel – the company responsible for the conception of DFS. Following three years of solid effort, the size of their database grew to a total of a “mere” 4,000 customers in 2011. That same year, however, was also the year DraftKings was launched. Subsequently, the next three years of healthy competition finally led to FanDuel reaching one million customers in 2014.

As Geoffrey Moore’s analogy goes, FanDuel’s efforts alone were insufficient to be able to “cross the chasm”. It took a level of healthy competition for the two companies to lay down the necessary conditions that saw the market’s subsequent rapid development. This development benefitted both firms as well as a vast number of other smaller operators.

European DFS operators find themselves in the same position FanDuel held in 2011.

In line with their actions, we have established a level of interest for our product in the marketplace; however we have yet to penetrate the mainstream market. It would be beneficial for us if we followed in the same vein and openly welcomed any competitors who are capable of aiding our sector in crossing the chasm. It is for this reason that we hope for FanDuel’s swift arrival in Europe to operate alongside DraftKings. We send them our support as they work on obtaining a license in the UK.

Moreover, I anticipate the segmentation of the market as a result of increased competition. The majority of DFS operators’ current target audience comprises adult football fans in the UK. We are certain that segmentation will benefit both the operators and the customers, by way of more tailored propositions that could effectively appeal to more people from different, specific markets.

Then again, we are not stating that we are welcome to all competition. We are still apprehensive over small competitors possibly damaging our sector’s reputation by offering luck based games rather than games based on skill. This is why we are currently developing an International Fantasy Sports Association (www.infsa.org), with the purpose of only representing DFS operators who provide their customers with real skill games.

It is not naïve to welcome DraftKings and FanDuel. It is a practical decision grounded on the prospect that their arrival will be ground-breaking for our young industry’s future development, and will catalyse the next level of growth within our sector.

Benjamin Carlotti, co-founder and Managing Director of Oulala.com, holds a Master in Sport Finance (Georgetown University). He was a financial consultant for three years. Benjamin has been following the evolution of the fantasy sports industry in the USA and has anticipated its rise in the European market. He launched Oulala.com three years ago