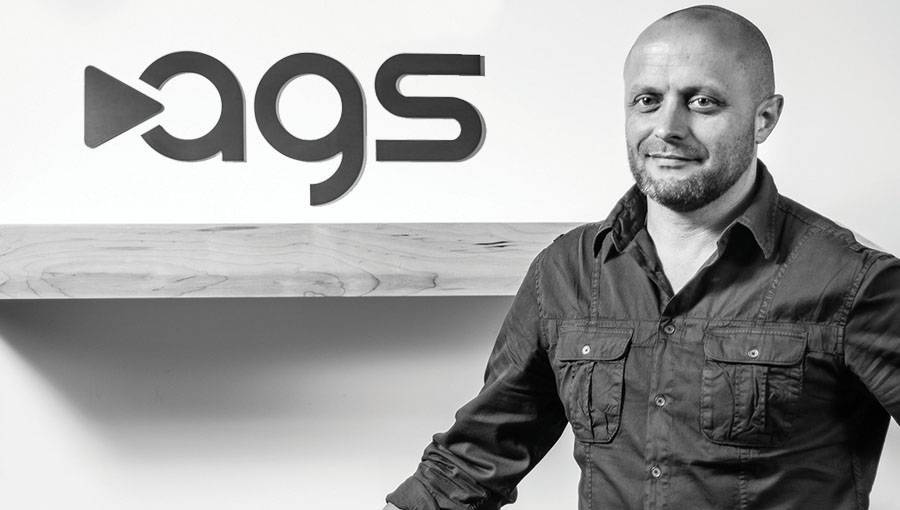 ﻿David Lopez, President and CEO of American Gaming Systems, speaks to Gambling Insider about his twenty-year career in the gaming industry, and looks ahead to further success with AGS

Please give us a summary of your career in gaming to this point.

I started my gaming career in 1998 when I joined Shuffle Master, and I immediately connected with the industry, the company, and its culture. I spent nearly 15 years there serving in a number of different roles, including interim CEO, executive vice president, president of the Americas, vice president of product management, as well as serving as a member of its board of directors. It was a life-changing experience and really served as the foundation of my career and knowledge base. When I first started, we were bringing in about $27 million annually. When I left in 2012, the company was making nearly $260 million annually. It was incredible to be part of such phenomenal growth. After my time at Shuffle, I joined Global Cash Access (now Everi) as its CEO, and in early 2014 I joined AGS as its president and CEO.

How has the industry changed in that time?

Wow, it’s changed so much over the last 20 years. When I first started, IGRA (the Indian Gaming Regulatory Act) had only been in affect for about 10 years, so the Tribal Gaming market was still incredibly small. Since then, we’ve seen a huge expansion in Tribal and commercial gaming. Nearly every state in the country has some type of legal gaming now.

The supplier space has also changed dramatically. IGT was the predominant supplier when I started. They really had a stronghold on the market. Companies like Aristocrat and Konami were just getting started. When you look around today and see the consolidations, which has been a long-time coming, the landscape looks so different. You see smaller suppliers like AGS, Ainsworth, Incredible Technologies and others really going after and securing more ship share than was probably possible even just 10 years ago.

Players and the kinds of games you see on the floor are also different. “Aussie” style games really started to penetrate the market in the mid 2000s, and players got a taste for volatility. Taking advantage of advancements in technology also meant that the games began to have better graphics, sounds, and interactive bonuses. And of course moving away from coins to the now ubiquitous TITO was a major shift. I don’t think anyone in 1998 would have believed that virtually all coins would be gone from the casino floor.

AGS describes itself as an innovative company. How are you currently innovating?

I think that innovation in gaming is different than innovation in the larger consumer market. In gaming, innovation can often mean taking readily available technology or engaging experiences from the consumer space and reinterpreting them in a way that enhances the gambling experience. One way we’re doing this is through our white-label version of Bonus Spin Blackjack.

Bonus Spin is a customisable, virtual prize wheel that connects to a blackjack table. When players hit a blackjack they get to spin the wheel, which not only adds more excitement to the game, but it also makes it much more interactive. Taking it a step further, the white-label version of Bonus Spin gives casinos the ability to tailor the prizes on the wheel, so that they appeal to different kinds of player segments.

For example, if a casino wants to target a millennial audience, instead of awarding cash or tickets to the buffet, they can offer social experiences, such as VIP bottle service, UFC fight tickets, or a cabana at the Day Club. Letting the casinos control the prizes and how often they want to change the prizes allows them to market to and target the player segments that are most important to them.

What makes Bonus Spin innovative is that it broadens the boundaries as to what’s possible in terms of winning at the table. Traditionally, you just played for cash prizes. Now, you can play for cash prizes and unique experiences.

AGS places a big emphasis on its company culture. Why is culture in the workplace so important to you?

Culture is really all about people. Companies themselves don’t do anything; it’s people who execute the work. So at AGS, we try to create a fun, supportive, rewarding environment for our people where they’re empowered to accomplish their goals.

We also don’t believe in politics or closed-communication. We work hard to cultivate a family atmosphere at AGS – one that goes beyond just a paycheck and offers support, encouragement, appreciation, and tools for success both mentally and physically.

We have numerous internal programmes that focus on physical fitness, general wellness, and community philanthropy. For example, if you had been in our Las Vegas office this past Friday, you would have seen a dozen of our team members doing a two-minute plank challenge in our break room during lunch.

It’s extremely rewarding to support our people on so many levels because they are what really matter; they make our company a success.

What are AGS’ key targets or objectives for the remainder of the year?

It’s all about execution and gaining momentum heading into 2017. We’re really continuing to refine and improve all areas of our business and seek new opportunities globally.

Are you looking to expand into any new markets, either geographically or product-wise?

Definitely. We’re introducing some exciting new products later this year, including a very competitive premium slot cabinet and our first card shuffler for the table games market – both of these product launches are potential game-changers for us. We also have dozens of new slot and table game titles still set to release this year as well as the white-label version of Bonus Spin I mentioned previously.

In terms of market expansion, we’re constantly getting approvals and licences in markets that are new for us domestically. One of the more notable expansions is actually here in Nevada where we’ve just begun field trials of our ICON cabinet and our core content like Gold Dragon Red Dragon and Fire Wolf. Our top-performing Big Red (“Colossal Diamonds”) slot machine received Nevada approval just this past February so it’s been an exciting 2016 so far.

You just appointed Drew Pawlak to lead your business in Mexico and Latin America. How important are those markets for AGS?

It’s a big focus for us. Both markets present a huge opportunity for growth and we’re excited to have Drew leading our efforts there. We’ve had a stable presence in Mexico through our purchase of Cadillac Jack, but it’s still important for us to maintain and expand our footprint there. When you look at Latin America as a whole, there is so much change and expansion happening, especially in Brazil. We’re hopeful that the economies will turn around in many of those countries in the next few years and we’ll be able to capitalise on our business development there.

What is your opinion on the recent industry mergers and acquisitions, for example Novomatic’s proposed acquisition of 53% of Ainsworth? How will this affect AGS? Are acquisitions something you’d be interested in exploring?

Since early 2014, AGS has been involved in about 19 acquisitions, where we’ve either purchased assets or companies, so we’ve been exploring acquisitions for years just like any smart company does. Some of our most notable acquisitions happened last year with our purchase of Cadillac Jack and RocketPlay, a mobile casino game developer.

Personally, I think that many of these mergers and acquisitions happening in the supply space were necessary, but there’s a certain element of “me, too” with some of them.

When it comes to the M&A activities of other suppliers, it doesn’t really affect anything we do. We definitely pay attention, but it’s not a huge focus for us. Our focus will always be running our own plays.

What’s the best advice you received from someone about the gaming industry?

There are two pieces of advice that I live by. The first came from Joe Lahti and Tim Parrot, both former gaming industry CEOs I had the privilege of working with. Their advice was: “Always treat the customer right, focus on them, and profits will follow.”

The second piece of advice isn’t from a CEO but it still speaks to me: “You gotta take your shots – you have to shoot ‘em to make ‘em.”

In one sentence, tell us why you love working in the gaming industry?

Because you get to see the fruits of your labour very quickly, whether that means success or failure. And because, at the end of the day, we are in the business of creating entertainment and fun.