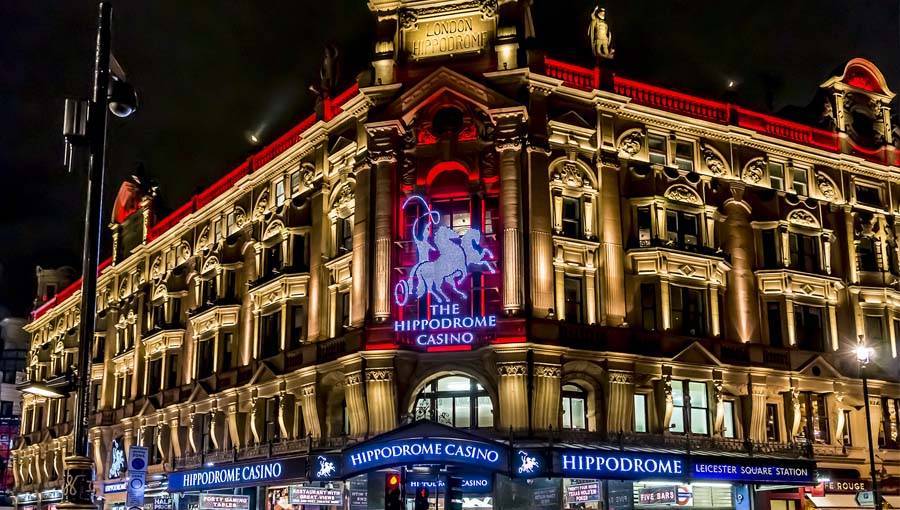 We contribute over £300m in gambling tax each year. That does not include what we pay in corporation tax, business rates, licence costs, income tax and employee insurance. My concern, and I’m sure this is shared by the rest of the panel, is that while the casino sector is growing, we need to take a closer look at the underlying balance that is emerging in our sector. Casino attendances increased by 3.6 million over a five-year period from 2010-2015, and that’s clearly a positive, but in practice more than three quarters of that growth has come from London. Eighty percent of that growth has come from two London casinos – Aspers in Westfield, Stratford and the Hippodrome in Leicester Square. Attendance has fallen in Scotland, Wales and in the Midlands in the same period. The cause of this imbalance is hard to find. We think it’s down to the failed experiment of the Gambling Act 2005, which created a three-tier casino sector. The Act was supposed to manage a casino sector made up of multi-entertainment venues th at would have driven investment in the UK economy. The unintended consequence has meant that it risks leaving our sector unfit for purpose in the 21st century.

Tourists, overseas travellers and investors cannot believe we have a three-tiered system, where casinos established under the terms of the Gaming Act 1968 are restricted to a maximum of 20 gaming machines, small casinos are allowed up to 80 machines and large casinos may offer up to 150 machines. They do not know what to expect when they come for a night out. There are very often nowhere near enough machines compared to what they are expecting. Customers want the kind of experience they can get in Las Vegas, Barcelona, Macau or the major cities in France.

Even though casinos sit at the top of the gambling regulatory pyramid, we cannot provide a replica for the customer to gamble on our own online website. The government rightly pushes businesses to implement the latest technology, but because the legislative regime isn’t fit for the 21st century, the terrestrial casino industry is unable to take advantage of technological advancements in the same way that the remote industry can.

We are based in Leicester Square in London – a location like no other. Leicester Square is the second-busiest tourist destination in London, behind Buckingham Palace. As such, while the Hippodrome shows what could be possible in the casino industry, the 2005 Act has had quite a mooted effect on casinos, largely because of the control on the products.

The lack of slots causes issues in large casinos. In mine, I have 1,100-1,200 customers at peak times and I have 20 slot machines. I have queues for my slot machines and I have an awful lot of very confused people saying: “You’re a casino. Why have you got so few slot machines?” They are used to a large number of slot machines in casinos worldwide.

In a casino like the Hippodrome, you can still make the whole thing work, but realistically, change is needed to enable London casinos to invest, to enlarge, and add ancillary attractions like bars, restaurants, and live entertainment. In order to do this, the government needs to give the industry confidence and update the outdated legislation. That is why we are asking the government to harmonise the Gaming Act 1968 so that all casinos can have a 3:1 machines to tables ratio and allow for up to 80 slot machines. It’s not revolution, it’s evolution. It will allow punters to enjoy themselves responsibly, just as they can do in competitor’s destinations internationally.

Casinos in all major European countries earn significantly more from slot machines than casinos in the UK. The largest European casino countries earn 90% of their revenue from slots. In France, it makes up 80%, it’s 40% in Spain, 70% in Germany and 55% in the Netherlands, whereas it’s 15% in the UK. The UK Gambling Commission has no issues with increasing the number of slot machines. In 2006, the number of machines was raised from 10 to 20 and there were no issues politically or in the media.

One of the areas where we are blocked is modernisation. We are not allowed to offer an electronic random number generator and are not allowed to offer online gaming inside a casino. In terms of millennials, I’m actually quite skeptical about skill-based gaming. I grew up playing Space Invaders, but that doesn’t mean that I now want to play a Space Invader version of roulette. Millennials want a really good night out and want to play James Bond – watch a cabaret, eat steak, have a drink and gamble at the tables if they want to.

The UK Gambling Commission tells us that for 2014-2015, there were 148 casinos operating, two of which were from the Gambling Act 2005 regime, and both of those were ours. They also tell us there were a total of 2,822 gaming machines operating in casinos in the UK. That’s just 8% of the 34,500 operating in betting shops and is 5% of the 55,000 operating in bingo halls. A total of 94% of machines in British casinos are B1 machines, which have a maximum stake of £5, compared to £100 on B2s. They also have a maximum prize of £10,000. So what is now true is that casino players can win far more on their mobiles and at most other casinos in the world.

Let’s look at what would happen if we had some parity between the Gaming Act 1968 for casinos and the small casino licence regime from the Gambling Act 2005. We calculate that for 2014-15 there were 146 operating casinos from the 1968 Act, and they collectively had just over 2,500 gaming machines. That’s the total number minus the 262 that are operating in two large casinos. That only gives us an average of 17.5 machines per casino out of a total of 20 that are allocated. Not every casino has the space to accommodate them, but imagine that every one of these casinos could find space for a full allocation of 80 gaming machines if they were to have a small casino licence.

Casino gaming machines make up just 10% of the total gaming machines in the country. One third of what’s available are in bingo halls and one sixth are available in betting shops and arcades. The impact would be completely unnoticed by the public. There would be no increase in problem gambling. Why? Because each new machine does not create a new problem gambler. We would not be creating new casinos, but would just be levelling the playing field and giving the customer more choice. The impact would be in the machine gaming duty going to the Treasury.

High-end casinos are a very different business. At The Ritz, we see 100-135 minimum customers in a 24-hour period. We are not part of a chain and are not one of the international players. However, we and three other Mayfair casinos have accounted for one third of the UK casino industry revenue in the last few years. We don’t really compete with other UK operators – our competition is international. We’re competing with the likes of Macau, Monte Carlo, Las Vegas, Singapore and soon to be Barcelona. We appear to be immune from the UK economy because we attract the very best clients from around the world.

I have just come back from a field trip to the Far East, where I have been to Singapore, Hong Kong and Macau. This is still the centre of gaming and we are under threat. Ten years ago, our clients were predominantly from the Middle East. Prior to that, they were more home-grown. Today, they come from the Far East and they’re doing business in the UK while they are visiting our clubs. These global citizens have unlimited opportunities and they operate independent of jurisdiction. The high net worth customer visiting us can play where they want, when they want, in person or online. We’ve got to be conscious of our global competitors. There is no doubt that many more high net worth individuals from Asia would visit London casinos if we were more competitive with our global competitors.

With the UK, our duty for land-based casinos sits at 50% across the board and it is very difficult for us to be competitive. Put simply, and remembering that one third of casino gaming revenues are generated by four Mayfair casinos, this duty regime is making us uncompetitive, we need to be more like the competition.

In other jurisdictions, they have a lower duty rate for international players and a higher duty rate for nationals. This is where we would urge some thought. The high end really caters to a global audience and we want to expand the international audience we are trying to attract with a duty regime that is competitive and in line with our other competitors.

What will a high-end casino look like in 10 years’ time? I would say it will be a blend of online and offline gaming. It will incorporate a service that our customers wish to have, regardless of channel. However, duty rates are very different. They are 15% for online. Online is a low priority for me, but the regime we have in place does drive my thinking towards a multi-channel approach.