VR and AR will be tomorrow’s mobile 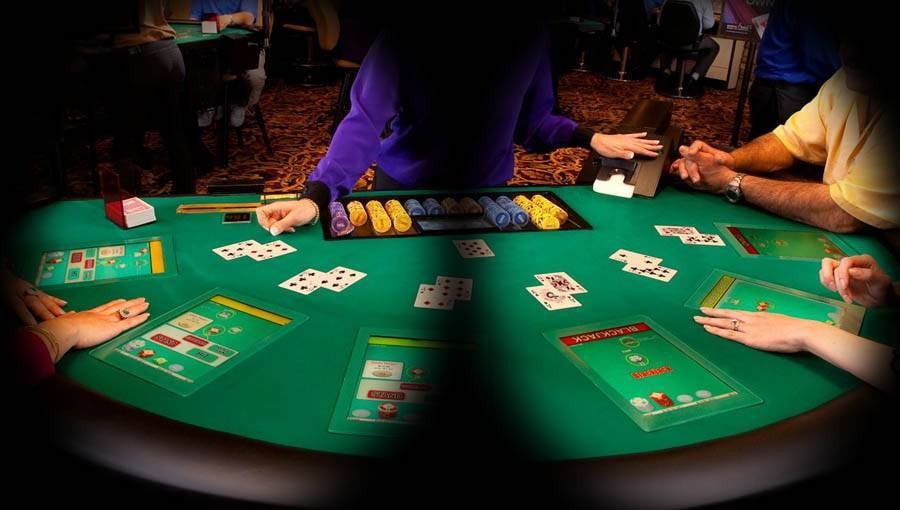 Not so long ago we talked about mobile being the platform of the future. Back in 2004 when we first started developing for mobile, the iPhone didn’t exist, Nokia was the market leader in terms of units sold, and picture messaging and camera phones were exciting new capabilities. It’s incredible to think how much the market has changed and advanced in such a relatively short period of time.

Soon we’ll start to see mobile account for the majority of gameplay, as operators and suppliers surpass 50% mobile penetration. Astonishingly, some operators have already achieved this. Mobile deposits at LeoVegas accounted for 61% (54%) of total deposits (Q1 2016), and at Unibet in Q4 2015, mobile was 56% of gross winnings revenue. So has mobile reached its tipping point? And if mobile is now the norm, what’s next?

There’s been a lot of talk of late about virtual reality, and at Microgaming we were quick off the bat to experiment with it, developing prototypes such as VR Roulette. Why? Because we see VR as a technology that can allow an immersive experience unlike anything we’ve seen before. You can transport a player into a virtual world to play at a poker table, roulette table or in a land-based casino. The opportunities are boundless.

2016 is a pivotal year for VR. Various headsets are now available to buy or pre-order, and consumers will begin to shape how the market advances. Just like the mobile market, segmentation will occur based on the wants and needs of various consumers. For example, die-hard gamers will most likely embrace the Oculus Rift, which can provide the most stunning and powerful 3D experience. On the downside, the headset requires powerful hardware to run and has to be tethered to a PC. The significant investment required will not appeal to all.

For the more casual player, there’s the Samsung Gear, which is cable free but is only compatible with the Samsung phone, therefore limiting its reach. No doubt that’s a smart ploy by the company to get people to upgrade their phones. And the most cost-effective VR device is Google Cardboard, which can be purchased online for just a few pounds. With applications readily available in the various app stores and on YouTube, content is easily accessible to casual and cost-conscious users, which should increase the appeal of such devices.

From a development and content perspective, it’s important to understand what devices will appeal to which gamers. Then it is essential to develop content that is relevant and applicable, harnessing the power of the device. Content is king. Many companies are still in early development stages, but as the market builds momentum and we learn more about customer engagement, content should and can be targeted accordingly. For now, the market is still nascent and finding its way, but device sales in 2016 will be eye-opening.

Another exciting technology that has the potential to shake things up is augmented reality. Many will be surprised to know that the concept of AR has been around for over a century, with author L. Frank Baum mentioning the idea of an electronic display/spectacles that overlays data onto real life in 1901. Only recently has the technology made headway and it’s something the Microgaming research and development team have been experimenting with for around seven years now, and having a lot of fun doing so.

Our land-based team have been using AR for sales purposes, to display land-based machines to prospective clients. If you can’t bring a 6ft, weighty cabinet to a client’s offices for a sales meeting, what better way to showcase the machine than through a realistic 3D model? We’ve also seen companies such as Coca-Cola utilise AR when selling to retailers.

Augmented reality is a disruptive technology, a bit like 3D printing, and it does have the potential to massively enhance the world we live in. But like many technologies, we’re waiting for AR to become ubiquitously available before it can be leveraged in an industry like online gaming. When this does happen, and we believe it will, AR has the potential to deliver a significantly richer gaming experience. It’s an exciting prospect.

But what happens when you put the concept of AR and VR together? Microsoft HoloLens. This device cleverly combines augmented reality and virtual reality with the real world. The headset is high quality and the resolution is impressive. What’s more, it’s fully untethered – no wires, phones or connections to a PC required. There are some challenges, such as privacy, but this technology really does thrill us. Did you see the recently released video called Hyper-Reality? This depicts a person going about their everyday activities, such as taking the bus and going to the supermarket, but through a set of glasses her entire experience is heightened by games, adverts, communication, etc. Can you imagine a future like that?

What’s become evident in the past few years is that no longer are we talking about the mobile channel as just the latest Samsung device or iPhone. Wearables are now touching on the mobile platform, if we can still call it that, and they have the potential to greatly influence the industry we operate in. Whether it be AR or VR, or something yet to be discovered, new technologies are just around the corner and we as a tech industry have to prepare for them. Mass adoption is key, we’ve seen this with mobile, and consumers will dictate the success of these new devices. But with futuristic headsets finally on sale to the public, it’s only a matter of time before we see whether or not these technologies go mainstream.

Neill Whyte joined Microgaming in 2006. He pioneered mobile and wearable gaming, overseeing the launch of the first ever online slot for the Samsung Galaxy Gear smartwatch and delivering the company’s award-winning software to virtually every make and model of smart device in production. Neill is spearheading Microgaming’s charge into the next era of product development