It's the games, Stupid! 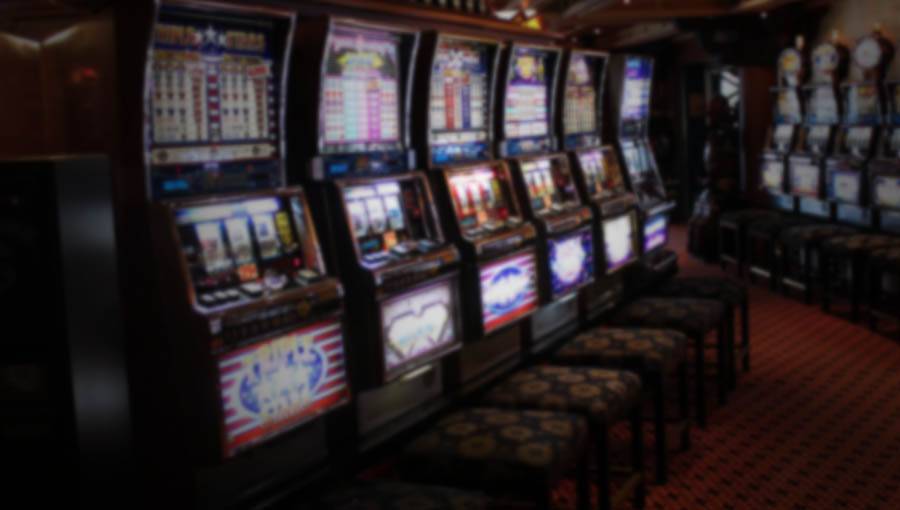 ﻿Nicholas G. Colon explains why slots revenue is decreasing, and it has nothing to do with Millenials’ appetite for gambling

In the 2015 fiscal year the casino industry in Las Vegas took a combined loss of $662m. Believe it or not this was a vast improvement over previous years. In 2009 those numbers reached historic highs with $6.9bn in net losses. That’s “Billion” with a “B” folks. Why? Some may say the economy was bad, while others are convinced that the Millennial generation is not interested in casino gaming as much as previous generations. But from my experience, that includes 15 years as a professional Advantage Player, three graduate degrees, one of which is an MBA from an Ivy League University, and creator of two of the five math models used in slot machines today, I am much more inclined to believe the Occam’s Razor Principle, that states: “The hypothesis with the fewest assumptions is usually the correct one.” In this case it’s that casino executives and game designers have no idea what their players want.

In large part the gaming industry has created much of its own predicament. In the late 1990s, when the US economy took on the appearance of a runaway freight train, casino operators and game developers alike were looking for ways to boost already exceptional revenues by attracting a new type of player (echoes of Gordon Gekko's phrase “greed is good” comes to mind here). Their answer was to couple a family friendly environment with low denomination slot machine games so that the middle class American family could experience a highlife that was previously only accessible through romance novels and a trip to the local cinema. This approach would work famously so long as casino operators were able to comp rooms, shows and some food. But as we all know this wasn’t the case.

The predominant gaming revenue generator for casinos is slot machines. They work 24 hours a day, seven days a week and you don’t have to pay them. The hold percentages are amongst the most dependable of all the casino games. And they are the least susceptible to Advantage Players and Comp hustlers.

But as James Grosjean, who is perhaps the most elite AP of the current era says: “Given the right set of circumstances, any game is beatable.” Long-time professional gaming writer John Grochowski, in the free online Ultimate Slot Machine Guide that he published at 888casino.com’s blog, shows how this axiom is applicable to one armed bandits. Some of his approaches include leveraging free-play and capitalising on 3x and 4x point days in land-based casinos, and utilising various “sticky bonus” options for slots in the online casinos.

But despite the strong performances of the standard three coin slots at the beginning of the decade of propped up economic growth, alterations were made to the way slot games were designed in an attempt to increase already exceptional revenues. The slot machines went from a traditional three coin version to a lower denomination multi-line, multi-credit variation.

To illustrate the cost of play difference, consider the effects on a routine player i.e. one who visits a site twice a week and plays an average of two hours per trip. For the two variations of the one armed bandits, we will assume an average bet of $.75 for the traditional three coin quarter game and $.90 for the new multi-line, multi-credit nickel slot machines, 18 lines at a nickel a piece.

The end result for the current strategy is that revenue trends for operators have an initial boost for every new multi-line, multi-credit game they put on their floor. This bump rapidly flattens and falls after a few quarters. The current generation of slot players, who started its gaming experience on the traditional style of product, 3 coin denomination games, supports the current slots market at a higher tariff than in the past.

This is seen from the 80/20 rule (80% of revenue generated from 20% of your customer base) migrating to the 80/15 and 80/10 revenue percent to player base ratio. This ratio will continue to fall. As the older generation makes fewer and fewer trips to casinos, there will be no players from the younger generation to take their place unless adaptations are made. Simply stated, the Millennial generation does not play slot machines in their current form. Why? Because the losses are greater than the players are willing to tolerate over time.

A standard argument I hear is that the new generation isn’t interested in casino gaming. This is nonsense. In a recent article written by industry expert John Hwang titled The Millennial Problem: The Problem with the Casino Millennial Problem, through a well reasoned data driven argument he concludes that the percentage of this generation playing casino games is on par with previous generations. It’s just that they are not playing as often.

This explains why land-based casinos are seeing a shift in their revenue origins from gaming to non-gaming sources. It’s because casinos and game designers are burning out the player too quickly. So the same 100 dollars that that will last 40 minutes at a slot machine is now competing with a 90 minute show, a couple hours of shopping or a five star dining experience.

For those who still hold reservations about the ideas presented thus far, consider the efficiency ratings of the $.01, $.05 and $.25 denomination slot games for all of Nevada. Efficiency ratings refers to the number spins actually experienced divided by the possible spins in a years’ time over all machines as derived from the Nevada Gaming Board's own data. An assumption of three seconds per spin has been taken. The efficiency ratings of the three lowest denomination slot machines are, in order: 0.08% for the penny slots, 4.5% for the nickel slots and 8% for the quarter slots. This means that 99.2%, 95.5% and 92% of the time respectively, and on average, the machines on a gaming floor of casino are empty. This does not account for the bonus round watching on many slot machines. However; even adding 10 or 15 % to this value still yields awful numbers.

The data is derived from the Nevada Gaming Commission’s revenue report year ending 2012. The penny slot games make up 79% of the games in this subset with approximately 49,500 units. The nickel slots make up around 6 % of the machines with 3,950 units, and the quarter machines make up the remaining 15% with approximately 10,000 units. There are additional slot machines with higher denominations and multi-denominations, but they have been excluded to illustrate the ineffectiveness of the high-variance low-denomination slots.

The resistance to change is expected because the cost of developing a new slot machine is excessive; this is especially true when creating a gaming machine with a new math model. However, there are some online firms that are venturing away from the multi-line, multi-credit variation of slots to a more value based, time on device approach. This is because of the fractionalised cost of development when compared to physical slots.

Nicholas Colon is the managing director of the Alea Consulting Group and is an 18 year veteran of the casino industry. He has been involved in all aspects of gaming, from advantage player/manager with the infamous M.I.T Blackjack teams, to a consultant to the “house” in the capacity of gaming mathematician and data scientist. Nicholas has been a visiting lecturer at Duke, Clemson, and Michigan State Universities. He’s also a published author in the game-theory arena, with an emphasis on economic applications, and is a contributor to dozens of casino gaming and financial sites and publications, including Las Vegas Advisor, Gambling with an Edge, Forbes, and Entrepreneur.
www.aleaconsultinggroup.com/nicholas-g-colon/