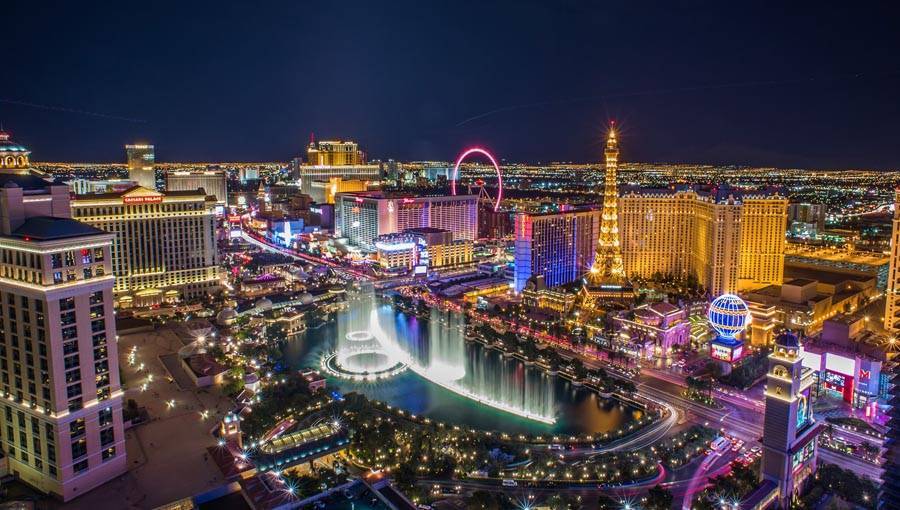 As the Las Vegas Convention and Visitors Authority collected its final data in 2006, all seemed positive; it was a record year, again. The city readied itself for the implosion of the Stardust and neighbouring Frontier.

Cranes peppered the twilight horizon as Vegas prepared to welcome over 20,000 new rooms as billions of dollars were invested in America’s fastest growing city. Twelve months later, what was to be Las Vegas’ lost decade had begun. As 2017 takes shape we analyse and explain how the Strip and Downtown Las Vegas have recovered in their different ways, what this means for other land based casinos seeking to grow and how the 2006-2016 changes led to understanding how Las Vegas will evolve for the next decade.

Rather than just noting that a recovery is underway, what we see on the Strip is that not only have overall revenues stabilised, there is a 14.5% increase in total revenues from the pre-crisis 2006 high and an 18% increase from 2011. Part of the increased revenues may be accounted for by the supply increase; all major operators added capacity during this period, however the closure of the Stardust, Frontier and Riviera may offset some of the inventory.Over the decade, gaming revenues are still down over 3%, but non-gaming revenues have increased, up to nearly 50% in the case of beverage sales.

Moreover, the management and fiscal discipline that was necessitated by the need to cut costs has endured, thus improving margins. Indicative to this is MGM's Profit Growth Plan, a move to centralise and make efficiencies in operations. Gamers complain the move from 3/2 to 6/5 blackjack is a further example of how the Strip is increasing the house advantage, but the greater and less visible change is the shift in the slot hold on the Strip, from 6.82% to 8.03%, a 1.21% increase in hold.

Downtown Las Vegas doesn’t have the glitz of the Strip. It is a value driven market and suffered badly in the initial economic downturn. The initial response to the crisis was the reduction of room rates to attract occupancy and was to prove fatal. Binion’s closed its hotel. The Las Vegas Club and Western closed all operations, including the casino. The Gold Spike was acquired by The Downtown Project and refurbished without casino. On the other hand, Fitzgeralds became The D, Lady Luck rebranded as the Downtown Grand and The Plaza and Golden Gate were refurbished. The reduced room inventory has had consequences in terms of overall gaming, room and food revenues as there are thousands less visitors staying Downtown every night.

Downtown was much slower to react to market conditions as without the capital to make modifications, it could not reinvest at the same rate as the Strip. Although gaming revenues have grown at a faster rate in recent years, they have not recovered to 2006 highs, which may indicate further room for growth as the value driven visitor is migrating to Downtown. Slot hold Downtown is 7.23%, up from 6.33% in 2006, a 0.9% increase meaning Downtown is still a better bet for gamblers.

The recent increase – outpacing the Strip – has been in response to the increase of amenities within the properties, including some great restaurants. The traditional food offering Downtown was bland at best, however since 2011 the resorts have developed and advanced both the range and quality of offering. Andiamo at The D spent over a year as the number one rated restaurant on Trip Advisor and some of the food offering in the district would be at home on the Strip, with The Plaza, The California, The Golden Gate, Golden Nugget, The Downtown Grand and El Cortez all refreshing their offering to attract both customers but also revenue.

The ban on open alcohol on Fremont Street has shifted drinkers from the street into the bars of the hotels, which has also been a boon for operators with a 60% increase in beverage revenues since 2011.

Many of the new resorts opening between 2006-2009 were planned earlier in the decade lacking a meaningful non-gaming component. When customer's discretionary budgets fell, gaming revenues dropped first, but non-gaming and entertainment budgets did not, and the resorts had to adapt, fast. Wynn, more responsive than other operators, spent $50m retrofitting the entrance of Encore to become a Beach Club, which produces revenues in excess of $60m each year.

The recovery proves the resilience of Las Vegas is not in the unsated demand for gaming, rather the ongoing human need for experiences that Las Vegas provides, recession or not.

In the latter half of the decade, Las Vegas realised this and the trend towards expanding the amenities advanced, and as the range of offering expanded, gaming revenue followed. Having a casino and a hotel is no longer enough. Even the Downtown offering has greater amenity for the traditional gambler, with Fremont East becoming on trend for those seeking an antidote to the Strip’s glitz. What operators conclude is that although the margins for gaming are higher, those revenues were volatile but the non-gaming revenue streams have proved more resilient. Operators now understand that gaming budgets have proved discretionary and are highly influenced by macro-economic factors, but non-gaming spend has proved robust. We also observe that life’s occasions are not dictated by economic conditions but by calendar.

This is the lesson for all casino operators: the opportunity to gamble must be part of a wider, more inclusive offering to engage with the new generation of visitor, and what that offering is depends on your customer, your market and your internal competencies.

With 43 million visitors, over 22,000 meetings, Strip resort occupancy levels over 91% and with $17bn in revenues, 2016 was again a record year. Yet this time there are no planned implosions, no cranes in the sky and no new hotel rooms opening in 2017. However, the development cycle is starting again, as Las Vegas remains the entertainment capital of the world and a global brand reinvented.

As operators continue to move away from gaming and towards amenities, visitors should expect rising hotel rates and costs for services that once were uniquely free to customers. Conversely, this investment will lead to an evolving range of non-gaming amenities seeking to capture both customers and revenues.We observe that price leadership is not a viable strategy; many of those that tried it are now out of business.

Nevertheless, in 2017 the resorts need to look not just at today’s customer, but those of 2026. The eSports market, known to few over 40, but a staple to the next generation of customer, is already part of the collective consciousness of future gamers. 32 million people watched the 2016 League of Legends World Championship, that’s more than the baseball and basketball finals in the USA. Online Daily Fantasy Sports are supplanting traditional bookmakers as the channels for occasional wagering on sports. Las Vegas is the natural home for both these industries but neither has a more than a minimal footprint.

By 2026, gaming, especially sports betting will likely be further deregulated and possibly online.

Back in 2006, when the mechanical and digital wonders of slots were the attraction for customers, the experiences for 2026 will be less digital and more physical. Pools, parties, bars, clubs, restaurants, concerts, lagoons, marijuana and perhaps live sport including the Raiders, a soccer team and an NBA franchise to sit alongside the Vegas Nights hockey team.

Las Vegas will become America’s tourist centre for recreational marijuana, as it was for marriage and divorce a generation or two before. Gaming revenues will increase as the economy recovers, but decrease as a proportion of overall revenues as Las Vegas invests in other experiences and activities to be the envy of the world.

If we take the lessons from Las Vegas’ lost decade, the operators must ignore economic forecasts and study customer needs, as by meeting the latter all will be fine.