Against a backdrop of sports jerseys in his Brussels office, Khalid Ali, CEO of the International Betting Integrity Association (IBIA), speaks to Gambling Insider Editor Tim Poole about worldwide regulatory and integrity trends. 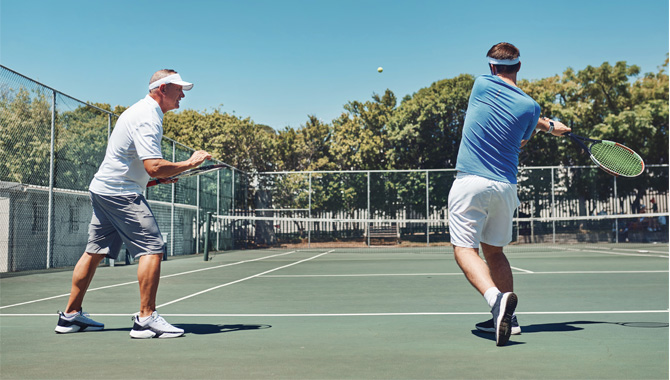 So what’s on the agenda for the IBIA right now?

We’ve had a surge of applications in the last few months and that’s partly been driven by what is going on in North America, with more states beginning to open up, as well as Ontario. Now there’s a betting framework  in the province of Ontario, a number of operators are seeking licences there because the framework in Ontario is actually very favourable towards them. That’s one of the great jobs the regulator there has done, they’ve actually listened to the operators and developed a framework that should yield  a high channelisation rate for the market. That’s really what you need to aim for when you’re creating a sports betting market.

Last year, we launched a report called the Optimum Betting Market Study, which looked at what you need to do to create an optimum framework for sports betting. From what I’ve seen of the market in Ontario, they’ve actually adopted quite a lot of what we would like to see. So I think it’s been pretty positive, to be honest.

Moving away from North America for a moment, what are the main development trends elsewhere?

We are international, looking at all markets, which is quite challenging, of course, but LatAm is obviously the other key area for us right now. We’ve been monitoring developments in Brazil. It’s on, it’s off, it’s on and I think it’s back off again now because of elections taking place there. We also just signed a Memorandum of Understanding (MOU) with the Colombian trade association, Fecoljuegos.

That’s a strategic partnership, so we can talk to their operators about sports betting and also hopefully open up channels of communication in that market. Of all the LatAm markets, Colombia is the one that is maturing the fastest, but now we’re beginning to see other markets starting to open up. There’s now discussions in Peru, so we’re keeping an eye on that.

But then, closer to home, we have what’s going on in Europe and we’re following those developments, as well. Obviously, it’s not our role to get involved in national discussions, that’s left to the trade associations; and again, we’re only focused on sports betting and integrity. So we will work with a number of trade associations we have agreements with.

For example, we recently signed agreements with NOGA, the Dutch Gaming trade body, BOS, a trade body in Sweden, and we signed an MOU with the Betting and Gaming Council in the UK last year. So we have built relationships with trade associations, not just in Europe but also in North America. For example, in Ontario, we have a relationship with the Canadian Gaming Association.

Asia is a lot more challenging. We obviously look at Asia to see the developments there and we are in contact with the Asian Racing Federation, which is one of the arms that is really fighting against illegal operators in Asia. But right now, I would say our focus is really on North America, LatAm, Europe and now we’re also looking at Africa.

BetKing, an African-facing operator, recently signed up to the Association. They have licences in Kenya, Nigeria, Ethiopia and Ghana. BetKing is actually part of the KingMakers Group, which is pretty much the leading sports and digital entertainment platform in Africa. They joined very recently, at the end of May.

We conduct a pretty intensive due diligence of all the operators to make sure they are credible, can fit into the values of the association and that they respect the code of conduct. That’s really important for us and our viability.

What’s your take on these emerging markets?

Africa is definitely developing and emerging.  But going back to Asia, it is not forgotten, we  just have other priorities right now we need to focus on. We will come back to Asia. And we have already got some of our members linked up in Australia. For example, Ladbrokes Australia and bet365 are members who feed into our global alert platform.

But I think one of the challenges we have is also what the Optimum Betting Market Study looks at. It actually ranks jurisdictions. We looked at 20 different jurisdictions and gave them a ranking; it came out last year and it’s quite comprehensive. It looks at a number of different things from an integrity perspective. So, for example, what are the optimum foundations to create a betting market?

We listed 10 things such as making sure betting is available through land-based and online channels; markets maximising licence numbers; making sure licence fees reflect regulatory costs; ensuring betting taxation is between 15 to 20% of gross gaming revenue; making sure there’s a wide product offering; not significantly restricting any bets; and making sure there are betting integrity protocols in place.

These are the pillars of creating a viable sports betting market. And then, when we took these pillars and looked at 20 different jurisdictions, we wanted to see where they all rank. Those jurisdictions included quite a few in Europe, Australia, India, a couple in LatAm and then also North America. Top of the list came the UK. It has a channelisation rate of almost 99%, a really good regulatory model, a pretty decent taxation model and the product offering is very good – with the right kind of integrity provisions. But then if you look at India, for example, it came bottom of our list. There’s no regulation, taxation is very poor and there are just no measures for integrity. Except for India, we didn’t look at any other Asian countries; but maybe in a future study, we will look at those jurisdictions.

A lot of commentators in the UK say  the black market threat is a red herring, given that high channelisation rate you  just mentioned. Why do you think this is?

I think people probably say that in the UK because they’ve heard it so often. But the bottom line is the internet is borderless. You can stop operators from advertising, you can impose product restrictions, you can do X, Y and Z; but the punter, if they want to bet, will just go on the web, find somebody in a non-regulated environment and place bets with them.

There’s very little anyone can do to prevent that from happening and that’s why it’s better to have a robust sports betting integrity framework, like the one I’ve just mentioned with the 10 pillars, to keep your customers onshore and safe. That is really key.

When we looked at Canada, we looked at it as a whole country and it came second to bottom in the study. Canada had a channelisation rate of 31% because it didn’t allow single-event sports betting. But interestingly enough, with Ontario opening up its market, I’m quite sure if we  did the study next year – or within two years  – the province would probably be in the top five or seven.

Ontario has actually listened to the industry  and taken its advice on board. Of course, the industry has not got everything it wants and there’s always room to complain but, overall, I think the structure is there. And that is evidenced by the number of operators  wanting to get licensed in Ontario.

How far behind are the US and Canada compared to somewhere like the UK?

The UK is a very mature market. It’s been doing this for a number of years and has pretty much got all of the provisions in place. The UK is actually a model for a lot of other jurisdictions. When a number of US states began to open up their markets, they were speaking with the Gambling Commission and taking notes from them. But if you look at North America, the challenge is that things are not being done at a federal level, they’re being done at the state level and every state has its own requirements. That makes it very, very challenging.

However, if you take a state like New Jersey, they actually came sixth in our ranking and Nevada came fourth. So they were ahead of Spain, Italy, France and a number of other European jurisdictions. One of the things the US market has done is take the issue of betting integrity very seriously. In many states, it’s a requirement to be part of a monitoring body  like the IBIA.

It’s the same with Ontario and so, when it comes to the issue of integrity, they have definitely taken that seriously. There are probably a lot of historical reasons as to why that is, for example the White Sox game that was fixed back in 1919, so they put integrity front and centre. But, again, the challenge is on a state-by-state level, where each has different requirements.

As an integrity body, we also have to be licensed in a number of jurisdictions. We are now licensed in 10 US jurisdictions and we’re currently in the process of getting more applications. In fact, on 9 February, we announced our launch in the US and that basically meant we had to have a licence.

It’s challenging; I’ve had to give a lot of details about me as a person, including my fingerprints, a number of times.

Your recent integrity reports have flagged tennis quite frequently. What are you doing on this front?

Along with our members, we’ve been playing a very proactive role with tennis. We are constantly in communication with them and work very closely with them because it’s in both our interests. But we cover a certain segment of the market and that is private regulated operators.

We don’t cover the whole market; our membership covers almost 50% of the regulated online market, so that means there’s still a sizable chunk out there we are not seeing. We are growing our membership but can’t just let any operator come into the association.

They have to go through a due diligence process; the standards are high, and they’re getting higher, but we are trying to do our bit to widen our network.

Lastly, what are your wider-reaching plans moving forward?

We decided at the end of last year to create an Education Ambassador role; and in April we announced that Jean-François Reymond, who was the former Secretary General of EU Athletes and a former basketball player himself, was going to take that role. He’s now officially our Education Ambassador, and we’ve been working with him to develop a new education campaign that we’ll be running ourselves.