The gambling industry: A review of 2020 so far 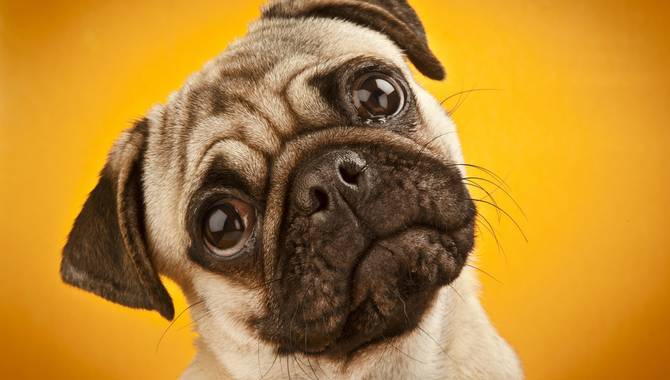 When I look back on 2020, I think about what I've done most this year. And that is sitting in my home office, writing, working – and using Microsoft Teams.

When I therefore think about something that sums this year up most, I can't help but think of Teams and my most-used GIF of 2020.

In this GIF, a pug turns away in disgust to say ‘PFFFF’ – something he has become famous for within our virtual office. He looks a little like the pug in our picture (left), with just a bit of added sass.

The fact I am writing about GIFs at all is in itself a reflection of 2020. Never have I sent more than this year, working from home, returning to the virtual environment and speaking all day on Microsoft Teams rather than face to face.

It is natural, too, that this disconcerted, frustrated pug has been my biggest go-to on Teams. It has not been a good year; it has not been a happy one. Indeed, perhaps our hero can sum it up best: PFFFF.

For me personally, 2019 was the best year of my life: I got married and work was full of success, travel and meeting new people. But in 2020, how many couples have had to cancel or postpone their wedding plans, by comparison? How many have been able to travel around the world and how many have met loads of new people?

Of course, the past 12 months have been disastrous on so many greater levels than weddings or simply being forced to work from home – indeed, on levels of life and death. So at least the fact our PFFFF pug is a humorous GIF can comfort us during such difficult times.

As I look back on 2020 to date, for both myself and the gambling industry, so much of it simply felt the same month-on-month. Not January and February, though, which were part of the ‘old times’ – as if it were Middle Earth in the Lord of the Rings. We had daily office commutes for the masses back then and we had ICE London, along with other, smaller industry trade shows.

Then March hit: an amalgamation of normal routine, people caught in between two worlds and then finally undisputed lockdowns. This was when the pug GIF was first discovered at Gambling Insider. For the industry, there was panic in some sectors. Sports betting companies wondered when major sport would return after its sudden halt. For retail outlets across the world, it was an unqualified disaster.

As I look back on 2020 to date, for both myself and the gambling industry, so much of it simply felt the same month-on-month. Not January and February, though, which were part of the ‘old times’

As April and May hit, many began getting to grips with working from home. I personally got healthier – long walks and fewer restaurant meals, less trips to the pub and less work lunches in Shoreditch (granted, all bad for the economy). And for the online sector, booming numbers could not be ignored, as online casino operators, esports betting firms and virtual betting companies thrived.

June and July were happy months for sports fans and bettors – not least for me as my beloved Liverpool lifted its inaugural Premier League title (and first league trophy for 30 years). But there was still frustration for the retail sector, as UK casino reopenings were delayed until August. That month, followed by September, perhaps offered the biggest reprieves of the year, as US casinos grew significantly month-on-month, there was at least a limited-capacity European retail sector and online further built on its growth.

As October and November hit, however, our pug came back with a vengeance on Teams. A second lockdown in the UK has added to a punishing 2020 for retail betting outlets, while progress in Macau has only just got underway, showing how far there really is to go.

With that said, sports betting is back – and there are plenty of positives to look back on, such as our virtual Global Gaming Awards in October. As 2020 closes, the main highlights we can draw are how we have been able to adapt during adversity. Despite everything we've endured, as we head into 2021, major is sport up and running, US casinos are making their way back to the top and there is hope of a vaccine breathing life back into the retail sector in Europe.

But it is with some confidence I can say I’ll still be sending plenty of GIFs from home. Although I have been back in the office several times since March’s initial lockdown, the chances are I’ll still be writing remotely for the next few months. And the chances are the gambling industry will still have some hard times ahead; although if there's anything we've learned this year, it's that the resilience of the sector is not to be questioned.

So, with the gambling industry coming together like it did during times of hardship, we could have a lot more to look forward to in 2021, even if challenges lie ahead. Perhaps I, too, will end up sending a lot more GIFs of happy, smiling pugs. On both counts, we live in hope.