The Macau Government has announced that foreign visitors from 41 countries will be allowed to enter Macau once again. These countries include Australia, Japan, Korea and the US. 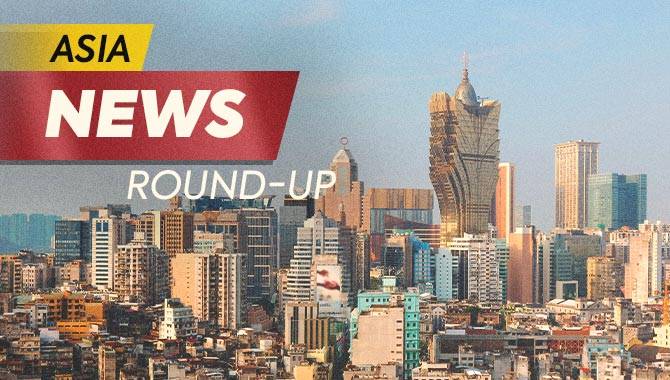 The news comes after Macau’s Chief Executive Ho lat-Seng issued the Macau Executive Order 166/2022 to repeal the prohibition of entry for non-residents.

As a result of lifting its travel ban, the region’s Health Bureau has updated entry regulations to allow many foreign tourists to enter.

However, all visitors will still be required to undergo seven days of hotel quarantine upon entry.

This will likely still be a deterrent for many looking to travel to Asia’s once great gaming hub.

The Health Bureau’s statement read: “Holders of valid passports from the 41 countries mentioned above may enter Macau from countries and regions other than Hong Kong, Taiwan and mainland China.”

“If we will be able to draw the line and distinguish, the option – if that should happen – [would be that PAGCOR stays] the regulator for gaming operations, both land-based and online” Chairman and CEO of PAGCOR, Alejandro Tengco

Despite more countries being allowed entry, Macau’s quarantine laws will no doubt continue to hinder the ability of gamers to visit and play in its casinos.

The new Chairman and CEO of PAGCOR, Alejandro Tengco, says he hopes the operator-come-regulator is given time to study a proposal for its operator functions and regulatory duties to be split.

“We are hoping to be given time to study this. That is part of our current thrust and agenda to distinguish whether we are a regulator or an operator”, said Tengco.

He added: “If we will be able to draw the line and distinguish, the option – if that should happen – [would be that PAGCOR stays] the regulator for gaming operations, both land-based and online.

“For the PAGCOR-operated casinos nationwide, if we [were to] make a decision, the best thing that we could foresee is to privatise [casinos]."

“Holders of valid passports from the 41 countries mentioned above may enter Macau from countries and regions other than Hong Kong, Taiwan and mainland China” Macau Health Bureau

Local media had reported that lawmakers in the Philippines had aligned themselves with the views of Finance Secretary Benjamin Diokno, to separate the two functions of PAGCOR.

Diokno had suggested the division of PAGCOR could fall in line with the company’s policy to privatise public corporations.

Currently, PAGCOR oversees operations in 40 state-owned casinos in the Philippines, while providing licences to and regulating private casino locations.

With a three-decade career in the gaming industry, Konami hopes Crosby’s promotion will help drive product performance and advancements across global markets.

Crosby has held roles in games research and development, as well as hardware and software engineering, product strategy and business operations management.

He has been the leading researcher and developer at Konami Australia since 2001, delivering products across Australia, New Zealand, Asia and South Africa.

Crosby is now responsible for leading the company’s global games research and development, including its vision, conceptualisation, strategy and execution.