Five out of six for Pariplay, following Connecticut licence

It's lucky number five for Pariplay in the State of Connecticut, with the NeoGames-owned provider securing its fifth US iGaming licence within the Constitution State. 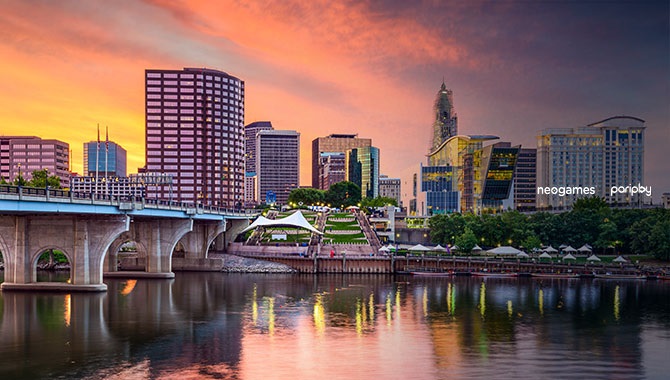 Already licensed in Pennsylvania, Michigan, West Virginia and New Jersey, Pariplay is now ready for business in five of the six US states that have legalised online casino.

Central to Pariplay's ambitions here is its Fusion platform, which aims to combine localised content with games Pariplay considers to be the highest performing on the market.

Moti Malul, NeoGames CEO, said: “We are delighted to have gained our Connecticut licence, which is our fifth awarded to Pariplay in the US. Our bold approach to entering regulated markets is something we’re very proud of and this is allowing us to continue to excel as a business.”

Lawrence Hanlin, Head of Compliance at Pariplay, added: “As more and more markets embrace regulation in the US, we’re given further opportunities to make a real impact for operators and partners alike."

Like many within iGaming, Pariplay has been ramping up its efforts in North America of late, with its overall ambitions laid out by CCO Enrico Bradamante when he appeared on the GI Huddle.

Of course, the brand's ambitions are not simply restricted to the US, with a major distribution agreement signed with Sweden's ATG just this week.

Outside of the US, Pariplay is targeting Canadian provinces, as well as certain LatAm markets. For instance, in September, the NeoGames-owned supplier gained regulatory approval in Panama.

It is Connecticut, however, that provides Pariplay's most recent cause for celebration, officially marking a full hand of iGaming state licences for the business.