Macau has released its latest set of revenue data for September, which totalled MOP$2.96bn (US$366.5m), completing the region’s results for Q3 2022. 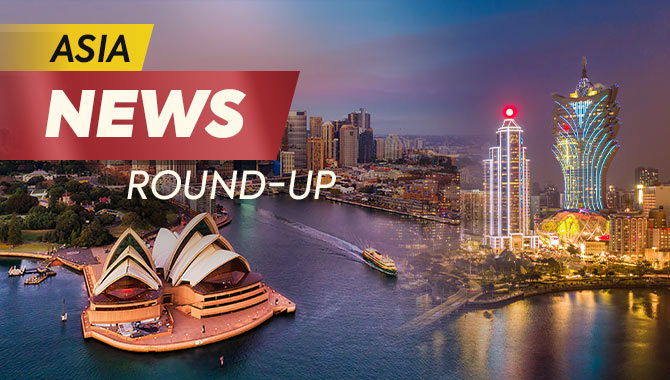 September’s revenue was down 50% year-on-year, with Macau still struggling amid lockdowns and restrictions imposed by China’s zero-Covid-19 policies.

All in all, baccarat accounted for 62% of Macau’s Q3 revenue, making it the game of choice in Macau.

This is down significantly on VIP revenue of MOP$31.09bn, which Macau recorded in Q3 2019, before the pandemic. This is down 81% year-on-year.

Back then, VIP baccarat represented almost half of Macau’s revenue, compared to the 21% generated for Macau in Q3 2022.

In other areas, slot machine revenue stood at MOP$511m, a market share of 9%, while the overall mass market segment for Macau stood at MOP$4.4bn. This vertical includes slot machines and made up a significant portion of the region’s Q3 2022 revenue.

Over in Australia, Crown Resorts has appointed David Tsai as CEO of Crown Perth.

Tsai will commence the role later this year subject to regulatory approval. He has spent the last 15 years at MGM Resorts International and brings almost two decades of integrated resorts experience to Crown.

At MGM Resorts, he most recently served as President of Midwest Group, leading the overall strategic direction and day-to-day operations of MGM Grand Detroit in Michigan and MGM Northfield Park in Ohio.

“As CEO of Crown Perth, David will lead our remediation action plan in Western Australia and work with the Crown Perth Board and the newly appointed Independent Monitor, Paul Steel, to implement the recommendations of the Perth Casino Royal Commission.

“I am confident that under his leadership we will continue that important work and achieve our ambition to be a world leader in the delivery of safe and responsible gaming and entertainment.”

The Star to remain open despite AU$100m fine

If it’s not Crown, it's The Star, whose casino in Sydney will keep operating following an AU$100m (US$62m) fine and the suspension of its licence.

The casino was deemed unfit to hold a licence by the NSW Independent Casino Commission (NICC) after the Bell report detailed its multiple failings. The fine was dispensed to The Star by the NICC.

NICC Chief Commissioner Philip Crawford said: “The NICC has regard to the fact that had it determined to cancel the licence, thousands of Star employees would have lost their jobs overnight. At this point, the commission did not consider this to be in the public interest.

“At this point, the NICC considers a possibility that The Star could remediate its business to becoming suitable to hold a casino licence.”

Much like Crown, though, The Star keeps being allowed to operate despite a string of failings and hefty fines. Its tax revenue appears too important to deter for Australian authorities.