In today's Asia round-up, we bring you news from Melco, The Star and PokerMatch... 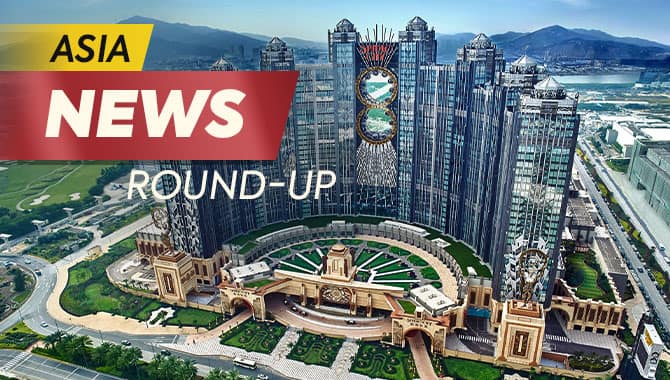 Melco Resorts & Entertainment has publicly confirmed the full details of its 10-year casino licence in Macau.

Per Melco’s new concession, the operator will maintain the right to operate the Altira Casino, City of Dreams Casino and Studio City Casino.

Macau’s Government has also allocated 750 gaming tables and 2,100 electronic gaming machines for Melco to operate in the region.

Under the concession, Melco Resorts will pay Macau’s Government a MOP$30m (US$3.7m) annual premium, in addition to a variable amount calculated by the number of tables and electronic games operated by Melco.

Following news that the New South Wales (NSW) Government has proposed to raise taxes on casino and poker machine operators in the state, The Star Entertainment’s shares fell almost 12%.

“It’s important that casinos pay their fair share of tax. These reformed tax rates will replace the existing regime under which casinos pay less tax on poker machines than hotels and clubs”

These new gaming tax changes – set to take effect from July 2023 – will most notably impact the group’s operations in Sydney.

The Star Sydney made up half of The Star’s revenue in 2022, so tax changes would potentially raise an additional AU$364m (US$244.2m) in state tax over the next three years if implemented.

NSW Treasurer Matt Kean noted that the money raised would be used to help fund vital services such as helping communities recover from the impact of various issues, including Covid-19, bushfires and floods.

He commented: “It’s important that casinos pay their fair share of tax. These reformed tax rates will replace the existing regime under which casinos pay less tax on poker machines than hotels and clubs.”

PokerMatch India has partnered with Match IPL, a professional match poker league. Match IPL. The league has been running for four seasons, having been founded in 2017.

The poker room has offered more than R 8.6m ($104,100) in prize money across its tournaments since its founding, and the winning teams in its league represent India at the match poker Nations Cup.

Match IPL’s fifth season is scheduled to take place in February 2023 and allows all PokerMatch India players the chance to qualify for online competitions.

PokerMatch International CEO Ruslan Bangert said: “Over the past few years, we have been analyzing the Indian market in detail, recognizing its sustainability and dynamism. And today, being the largest player in Eastern Europe, we want to invite players from India to join our poker community.”