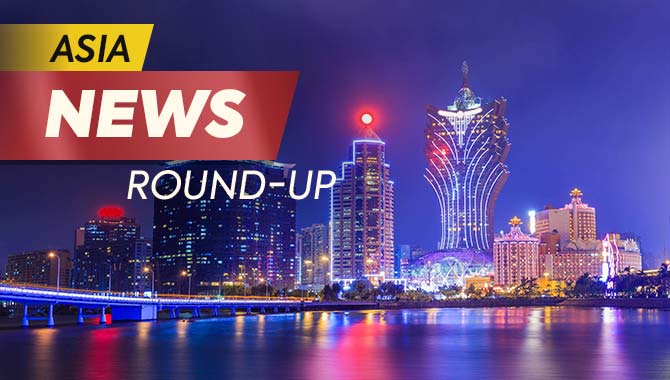 Authorities believe the alleged syndicate has been active since 2017, generating CNY 18.5bn (US$2.75bn) in betting wagers in the 5+ years it has been able to illegally operate.

Although the syndicate was identified in overseas areas, the alleged illegal business was coordinated in Macau from computer servers in other countries.

The arrests made were part of a joint operation with law enforcement from Macau’s closest mainland neighbour, China’s Guangdong province.

The efforts from Guangdong law enforcers have led to 27 arrests in China’s mainland during this time, all related to suspected illegal gambling operations.

According to Chan, the organisation was established and led by a ringleader who opened several fake shareholder accounts to make it look like many agents were working for him.

Chan said: “Agents [of the syndicate] recruited players for its internet-based gambling activities. The organisation has run several types of Internet-based gambling games, including some self-developed ones, such as online baccarat, [and] a ‘fishing’ game, as well as illicit football betting.”

Many of the wagers accepted by the syndicate were supposedly only accepted in the form of cryptocurrencies, before being exchanged into fiat rates across different Chinese bank accounts.

Those arrested were aged between 29-66, and as last reported, are in Macau’s Public Prosecutions Office for further questioning.

Despite arrests headlining the news in Macau, things are far from doom and gloom as the region bounces back following the relaxation of all Covid-19 restrictions.

With the most recent figures reporting that up to 10,000 new visitors are arriving in Macau every day, the Deputy Director of the Macau Government Tourism Office (MGTO) has since spoken out, saying the MGTO expects between 40,000-50,000 arrivals per day during the Chinese New Year period.

However, the same body says that hotel bookings for the period are still only between 30-50%, as opposed to pre-pandemic levels when hotels were fully booked.

It’s worth noting, though, that Macau’s daily visitation figures for the new year period in 2019 stood at 173,000 arrivals per day.

In discussions taking place to legalise gambling in Thailand, policymakers have proposed that the casino floor should only cover a maximum of 5% of an integrated resort’s property.

As the country continues to deliberate legalising gambling, just as it is in other neighbouring countries such as the Philippines and Singapore, proposals have been made to only allow locals to gamble should they prove they have the necessary funds to do so.

Areas under consideration to hold casinos and integrated resorts are Bangkok and Thailand’s Eastern Economic Corridor, which includes the Pattaya and Rayong regions.

Aside from a gambling floor covering 5% of the total space, plans are being drawn up at the government level to include five-star hotels, amusement parks, sports stadiums and even zoos as part of the integrated resorts experience.