By Priscillia Mudiaki
Ladbrokes Coral would be the third-biggest UK online sports-betting operator, in terms of traffic, should the merger be allowed to complete.

Based on last year’s traffic numbers, released by digital research firm SimilarWeb, Ladbrokes is the fourth most popular i-gaming site in the UK with 15.1 million average visits for 2015, up 18%, and by combining mobile and desktop traffic with Coral, the new company would gain 22.4 million average monthly online visits.

However, this figure still pales in comparison with the top leaders in the industry.

Bet365 topped the table by achieving an average of 38.1 million visits a month and second-placed William Hill had an average 23.3 million monthly visits to its site each month.

The study also highlights that mobile engagement has been increasing. 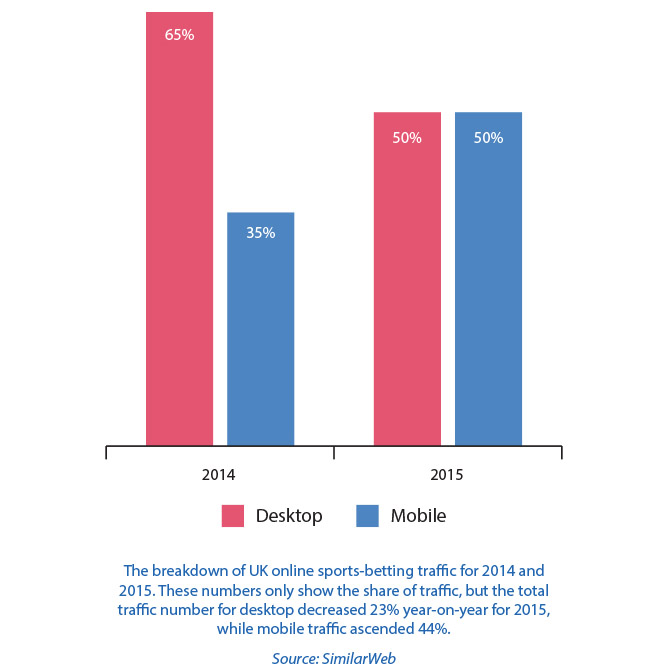 The Competition and Markets Authority announced last week that Ladbrokes and Coral could be forced to sell between 350 and 400 betting shops in order to secure their deal.
RELATED TAGS: Online | Sports Betting