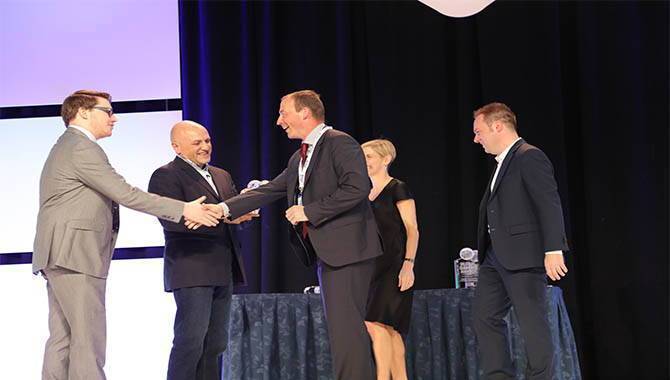 By Tom Lewis
MGM Resorts put in another excellent performance at this year’s Global Gaming Awards, scooping its third consecutive Land-Based Operator of the Year trophy, while also retaining its title for Customer Loyalty Program on the back of the success of M life rewards.

The winners of the twelve awards handed out at this year’s ceremony in Las Vegas needed to impress a panel of 60 independent judges, whose backgrounds span the full length and breadth of the gaming industry, with their votes audited by KPMG Gibraltar.

The award for Digital Operator of the Year went to 888 Holdings for 888poker.com, a first Global Gaming Award win for an operator seeking to challenge the dominance of PokerStars in the online poker industry.

IGT’s Playspot saw it scoop the award for Casino Product of the Year, the product displaying the value casino operators are placing on the development of mobile products within the walls of their casinos.

The supplier picked up its second award of the day in the Land-Based Industry Supplier category, its innovations in slot play recognised as its Wheel of Fortune slot celebrates its 20th anniversary.

In an exceedingly competitive category, Playtech scooped the award for Digital Industry Supplier, going one better than its runner-up finish in 2015, the judges clearly impressed by the excellent financial result complimenting its impressive range of supplied verticals.

Victory in the Digital Product of the Year category went the way of Microgaming, as it did in 2015, the supplier coming out ahead of its competition thanks to the success of its fully customisable Quickfire platform.

This year’s prize for Land-Based Gaming Innovation was awarded to Scientific Games for SG Universe, a mobile gaming solution selected by more than 125 casinos via 91 apps.

As the second mobile product to be awarded in a land-based category, SG Universe highlights the importance that the judging panel and the wider gaming industry as a whole believe these products will have on the development of the land-based casino industry moving forward.

Unibet won its first ever Global Gaming Award this year, taking home the title for Digital Acquisition Program of the Year after finishing as runner-up in the Responsible Business category last year.

This year’s title for Responsible Business was awarded to GeoComply, the firm’s technology leading to safer regulated digital gaming in casinos and regulated states in both the USA and further afield.

Aristocrat CCO Maureen Sweeny’s victory as North American Executive of the Year rounded off this year’s Global Gaming Awards presentation, powered by Gambling Insider and presented to the industry in association with G2E Vegas.