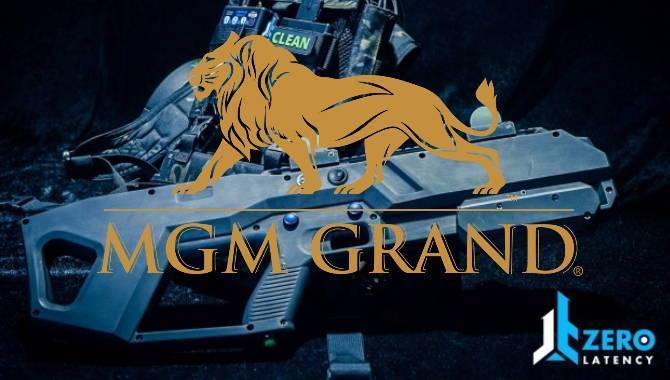 are about to launch a 20,000 square-foot virtual reality and social gaming space called the LEVEL UP Arena, the first of its kind in Las Vegas.

MGM Grand Hotel and Casino has worked in partnership with Zero Latency to offer a unique virtual reality experience where players are free to roam a wide open space without being tethered to a computer. Zero Latency have already installed the tech in other integrated resorts around the world in the US as well as locations Tokyo, Osaka, Madrid, and Melbourne, and the new facility at MGM will go live on 8 September.

The design allows for players to traverse and explore a large arena with wireless goggles and wearable computers in a unique gaming lounge where players will be able to choose from three games including Engineerium, Singularity and Zombie Survival. The games themselves are very action-based, with the exception of Engineerium which is a puzzle adventure set in a fantasy world.

Zero Latency CEO Tim Ruse said: “When it comes to playing games, and exploring new worlds in virtual reality, more people means more fun. Technology can often be isolating but we are determined to continue to design games and experiences that bring people together to have mind-blowing VR adventures and forge real memories that can last a lifetime. We’re excited to bring this experience to Las Vegas, our first West Coast location.”

Scott Sibella, President and COO of MGM Grand, said: “We were looking to bring a unique entertainment element to MGM Grand and found the perfect fit with Zero Latency. This company creates virtual reality gaming experiences using astounding technology. There is simply nothing like this anywhere in Las Vegas and we’re proud that MGM Grand is the first in the city to roll out an exciting and fun virtual “wow moment” for our guests.”