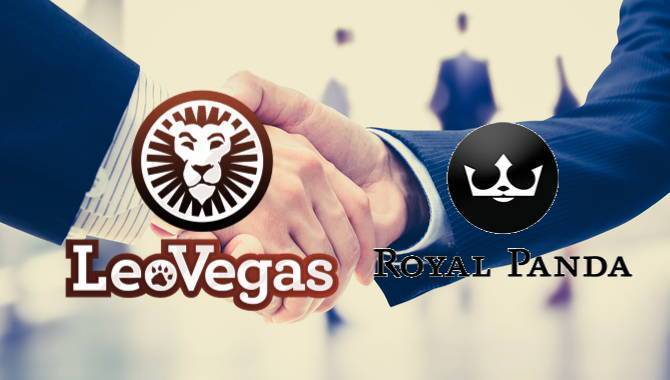 By Robert Simmons
Swedish gaming company LeoVegas International Limited has announced that it has entered into an agreement to acquire the Royal Panda brand from Maltese company Web Investments Limited in a €100m deal.

Under the terms of the acquisition deal, €60m will be paid up front with a potential earn-out payment of a further €60m if the company achieves net gaming revenues of €50m and EBITDA of at least €15m within 12 months.

Further conditions included in the deal state that at least €34m of net gaming revenues and €5m of EBITDA must be derived from the UK. As a result of this acquisition, LeoVegas have adjusted their financial targets for the next few years.

In a statement announcing the deal, LeoVegas Group CEO Gustaf Hagman said: "Royal Panda has in a short time built up an efficient business with an exciting and strong brand. This is a major acquisition that we are carrying out following a carefully executed process.

“With the help of the strong symbolic value in the panda, the company has built a premium brand among gamers, and we will complement LeoVegas with Royal Panda. This gives us two great brands with global appeal, which makes the scalability in the continued growth strong while strengthening our position in the UK."

Royal Panda’s primary company focus is on the UK market, which in the third quarter of 2017 accounted for 50% of the company’s revenue. During this period Royal Panda's total revenue grew 61% to EUR 9.8 m, with estimated EBITDA of €3.2m. The company is primarily an online casino brand, however it recently launched a sports betting platform.