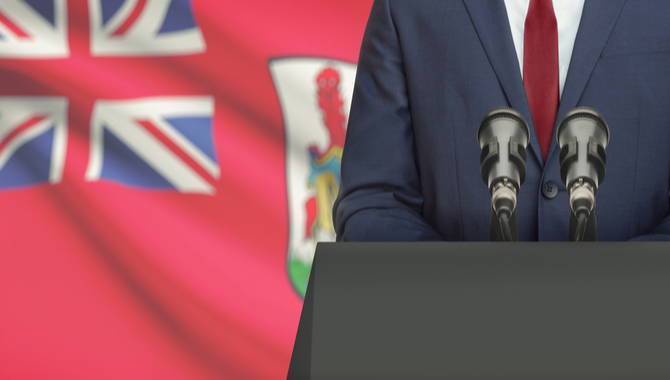 By Robert Simmons
Legislators in the Bermudan Parliament have tabled an amendment to the country's existing gaming laws which will allow the government to take full control over the Casino Gaming Commission and oust its current chairman.

Minister of Economic Development and Tourism Jamahl Simmons, who tabled the motion, told Bernews: “The Casino Gaming Amendment 2017 I tabled brings Bermuda in alignment with other jurisdictions including Singapore regarding Casino Gaming Governance.

Minister Simmons also confirmed that he has asked for the resignation of Alan Dunch, incumbent Chairman of the Bermudan Gaming Commission on three separate occasions: on 10 August, 27 September and 20 October, 2017. All three resignation requests have gone unanswered.

The move follows allegations of corruption on behalf of the previous One Bermuda Alliance government which according to news reports was rumoured to be considering proposals to make cashless gaming on the island mandatory for all operators.

Officials from the government reportedly signed a memorandum of understanding and accepted a $30,000 donation from MM&I Holdings limited, a firm looking to bid for the contract to supply the cashless gaming network required to run the technology.

This understanding was contingent on those funds being used for a pro-gaming campaign in Bermuda in advance of a nationwide referendum on this issue. The referendum was later scrapped by the One Bermuda Alliance.

An investigation by The Royal Gazette newspaper later found MM&I’s signed agreement with the Government made no reference to profits being given to churches, charities or programmes helping vulnerable people, despite this being reportedly a cornerstone of their bid.

Minister Simmons added: “In regards to the systematic media misinformation campaign that has brought negative attention to Bermuda and jeopardised our jurisdictional reputation, as I stated, the Government is not considering making cashless gaming on the island mandatory for casino operators.

“This Government is committed to having a clean, successful gaming industry that enhances our tourism product and creates new opportunities for Bermudians.

“To achieve this we will work with partners who are more interested in working together with mutual respect and who are also committed to upholding Bermuda’s well-earned reputation for being a jurisdiction of impeccable standards of openness, transparency and free of corruption.”