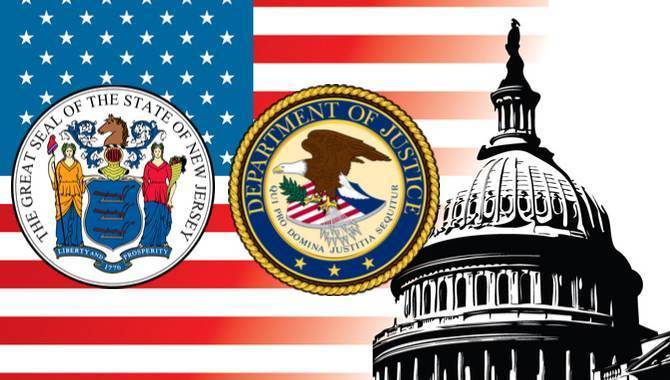 ers of congress from the Garden State have penned a letter to the US Department of Justice (DOJ) voicing their opposition to any plans by the Trump administration to clampdown on states allowing regulated online betting.

Among the advocates calling for the restoration are casino magnate Sheldon Adelson, who most recently sent a letter to the DOJ in December.

In a letter to Attorney General Rod Rosenstein, eight members of the New Jersey congress and two senators from the state call on the DOJ to maintain its 2011 position that the prohibitions in the 1961 Interstate Wire Act only apply to sports betting.

The letter casts doubt on opposition claims that online betting would be harmful, saying: “When the Department issued its opinion, critics predicted an avalanche of state legislation ‘would turn every smartphone, tablet and personal computer in our country into a casino available 24 hours a day, 7 days a week’. These doomsday scenarios have not come to pass.”

Indeed, the letter goes on to credit the part that online gambling has played in the resurgence of Atlantic City, saying: “This growth in revenue is in large part due to significant capital investment by the state in online gaming facilities, equipment and technology that makes online gambling safe and secure.”

Latest figures from the New Jersey Division of Gaming Enforcement support that assertion, with regulators confirming gross revenue for 2017 of $245.6m, rising by almost 25% year-on-year from the $196.7m reported during 2016.

Monthly revenues from the state's online casinos and poker rooms have not dipped below $20m for ten straight months, last falling below this figure in February 2017.

In conclusion, New Jersey’s letter addresses any proposed clampdown saying: “Placing a blanket prohibition for online gambling would be an antiquated approach to a 21st century issue, punishing states like New Jersey which have invested in creating a safe and secure online gaming structure, while also permitting black market operators to put millions of American’s at risk.”