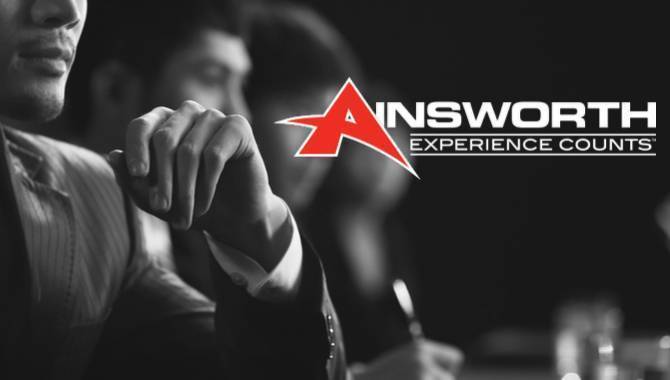 By Robert Simmons
American based gaming company Ainsworth Game Technology have announced the commencement of the recruitment process to find a successor to its North American president Mike Dreitzer, who announced his resignation earlier this month.

Dreitzer, who has spent nearly five years at the helm of Ainsworth’s North American business, will remain in the role until February 16th.

In a statement on the Ainsworth website, Mike Dreitzer said: “It has truly been an honour to spend almost the last five years of my career helping to build the talented and dedicated Ainsworth team.

“I have no doubt Ainsworth will continue to grow and flourish with a strong product roadmap, commitment to world-class service and passion for working every day to meet the needs of its customers. That’s the culture we have created here. I am very proud of what we have accomplished.”

Under Dreitzer’s tenure, Ainsworth’s North American operations have grown to more than $80m in revenue, while the company has also entered the Class II market following the successful acquisition of Nova Technologies and opening a state-of-the-art North American headquarters in Las Vegas.

Speaking about the company’s future, Ainsworth Chief Executive Officer Danny Gladstone said: “We look forward to naming a new president to continue to grow our North American operations and successfully execute our strategy.

“It will remain business as usual for all aspects of our North American operations. We have a highly capable North American team that includes several executive leaders who have been integral to our recent successes.”

Gladstone added: “We enter 2018 in a very strong position for continued success. Our team and our products are poised for a great performance. With the backing of Novomatic, our majority shareholder, the Ainsworth brand will going remain strong in North America.”