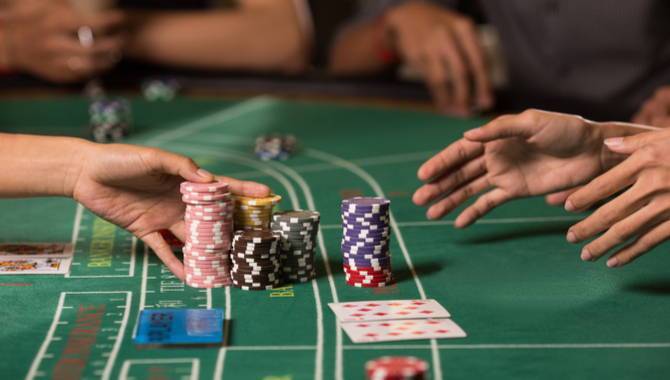 At least five Chinese-owned resorts on the island of Hainan are reportedly considering “entertainment bars”, where players bet real money in quasi-casinos but take winnings in redeemable points used in the island’s shops, restaurants and hotels.

Resort owners have reportedly been talking to baccarat table suppliers and plans are underway to convert ballrooms into gaming floors, Bloomberg reported without naming its source.

The news comes two months after China said it intends to offer horse racing and an expanded sports lottery on the island, part of a wider national push of “comprehensive deepening of reform and opening up”. President Xi Jinping outlined plans to convert the region into an international tourist destination during the 30th anniversary celebration of the founding of China's smallest province in April.

While casinos outside Macau are outlawed, Hainan – about 1,700 miles (2,700 kilometres) south of Beijing – is expected to be exempted from the usual gambling rules. Provincial and national authorities have not indicated whether they will approve the policy change, although a favourable court ruling on entertainment bars in December was interpreted by some experts as an official stamp of approval.

“From our conversations with people on the ground, they are positively excited about the changes that appear to be coming through soon,” Ben Lee, a Macau-based managing partner at consultancy IGamiX told Bloomberg.

IGamiX has worked with Hainan developers for 10 years. Entertainment bars “would undoubtedly draw mainlanders who have never been overseas to try gaming,” Lee said.

Macau’s casino stocks fell on Tuesday by 3.7% collectively following the report – equal to about $4.3 billion in market capitalisation.

If Hainan was developed by China, the impact would likely be felt on casinos in Macau, Cambodia and the Philippines who draw Chinese gamblers, particularly if the move expanded into full-blown casinos in five to ten years.

But Grant Govertsen, Union Gaming’s Head of Equity Asia Research, told Inside Asian Gaming that any attempt to liberalise gambling in Hainan would be met with a harsh reaction from authorities.

“While small stakes ‘wagering’ on a small number of tables might be tolerated for a period of time in order to keep some of the resorts in the black, any small step the Hainan operators take to offer legitimate gambling will be met with an immediate and harsh reaction from the authorities,” Govertsen told IAG.

“As we noted in April, even if true casino gambling was legalised in Hainan the risk to Macau’s Big 6 is negligible. This is because there would likely be no measurable impact to mass market GGR as mass is convenience based and Hainan is simply not convenient for virtually all of Macau's mass customers.”

Although China has still not yet revealed details about how it will offer horse racing or extended sports, plans are in line with the opinions held by many Chinese analysts who believe that Hainan will be the first province in the country to offer broader gambling services.

The thought behind Hainan’s development will be to create a "free trade port" island, similar to Singapore and Hong Kong. The reforms are intended to open up Hainan’s economy to foreign development and potentially allow gambling in the future to increase its tourist appeal.

In another development, the Hainan International Tourism Island Sports and Gaming Entertainment Project – a sports-betting platform backed by organisations linked to the provincial and central governments – is testing a points-based gaming model that lets players deposit funds from AliPay or WePay accounts into a smartphone app, which can be used to place bets on basketball and soccer matches. Winnings can be spent in Hainan.

It is not the first time ideas to develop Hainan have been floated. Entertainment bars popped up at the Sanya Bay Mangrove Resort Hotel about five years ago, allowing guests to play baccarat and swap winnings for hotel rooms or jewellery. Prosecutors shut down operations in 2014, however, and questioned their legality.

That report seemed to gather little momentum and withered away. It remains to be seen whether China will roll the dice again on Hainan.