How will the FOBT crackdown affect British businesses?

The UK’s plan to lower the maximum stake on highly addictive fixed-odds betting terminals (FOBT) from £100 to £2 will likely be delayed until 2020, leading to an outcry from some MPs, but is it all bad news? 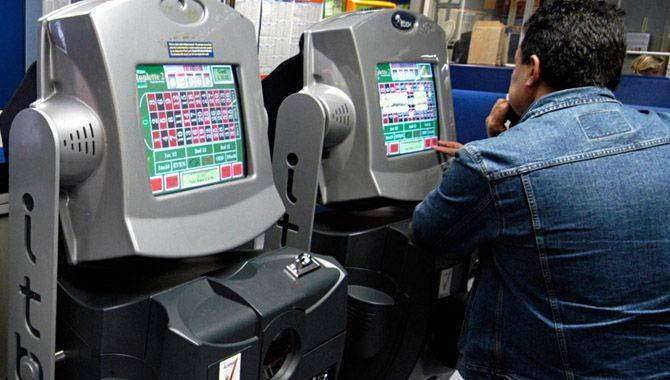 “I think there is not too great an effect caused by the delay to the announcement because the industry already expected it. Whether the decision itself to reduce the stakes was a smart one, the answer is no,” David Schollenberger, a London-based commercial lawyer and head of the gaming and leisure team at Healys.

Schollenberger said he expected a significantly drop in the profitability of betting shops, closures, job losses, and a loss of UK tax revenue.

“The government wanted a perceived win in the public eye as protecting the public, whilst in reality it is just hurting British business and expanding the nanny state,” Schollenberg told Gambling Insider.

Betfred, the British bookmaker that runs 1,666 betting shops, said the crackdown could force the company to shut 900 betting shops and cut 4,500 staff. The company recently reported a pre-tax loss of £18.1 million for the year-ended 24 September 2017, down from a pre-tax profit of £32.4 million the previous year.

As it now stands, the online gambling in the UK is subject to a 15% point-of-consumption tax. There is no word yet on how much HM Treasury wish to increase this by. The change will reportedly be announced in the 2019 Budget.

The Treasury deny that the government will benefit from a year of double-dipping by increasing PoC tax in 2019 while continuing to allow £100 maximum FOBT bets up to 2020.

“In order to cover any negative impact on the public finances, and to protect funding for vital public services, this change will be linked to an increase in Remote Gaming Duty, paid by online gaming operators, at the relevant Budget,” the Treasury said in response to Gambling Insider's questions.

Jon Payne, a solicitor from Licensing Lawyers, said it was inevitable that the FOBT maximum stake would be reduced. The terminals have been dubbed the crack cocaine of gambling machines.

“The announcement in May therefore did not come as a surprise, although it had been anticipated that the maximum stake would be slightly higher, with anticipations of £5, £10 or even £20,” Payne told Gambling Insider.

Land-based UK betting shops are likely to be hardest hit.

“The decision will be applauded by casino companies since they do not support having these FOBT gambling machines in bookmakers shops on High Streets everywhere, taking business away from their casinos,” said Schollenberger.

The UK Treasury is likely to lose £194m from FOBT stake cuts if players don’t switch to other forms of taxed gambling, The Guardian reported citing stockbroker Goodboy.

Some bookmakers have watched their share prices drop since the UK announcement last week. William Hill’s shares declined by 6.5% in early trading after the announcement while shares in GVC Holdings fell more than 4%.

“The reduction in share price of some bookmakers was perhaps an indication of how the market viewed the announcement and the impact on the profitability of firms,” Payne said.

William Hill told The Independent that the change could result in 900 of its stores becoming loss-making, putting “a proportion of these” at risk of closure. GVC told the newspaper that it expects the decision to have a £120 million impact on earnings by the end of this financial year, and an impact of £160 million in the first full year following implementation of the new rule.

More than 30 MPs and members of the House of Lords reportedly sent a letter to Chancellor of the Exchequer Philip Hammond last week branding him “morally reprehensible” for collecting tax money lost by gambling addicts. The machines are estimated to be worth £600 million a year in tax to the Treasury.

The letter, seen by The Guardian, said: “On the losses from taxation revenue: firstly it is morally reprehensible that the government is propping up its finances through taking revenue from FOBTs... It is not therefore justifiable to continue to gain revenue from FOBTs for a further year when an alternative revenue stream will have been put in place.”

Labour Party MP Tom Watson accused the government of being “fundamentally weak” after it delayed the FOBT crackdown by two years – allowing gamblers to lose an extra £4 billion during the delay.

“Time will tell as to whether the popularity of FOBT machines diminishes, or the impact intended by the government in reducing problem gambling is achieved, especially if operators look to pull back on the level of the prize that can be awarded,” Payne told Gambling Insider.