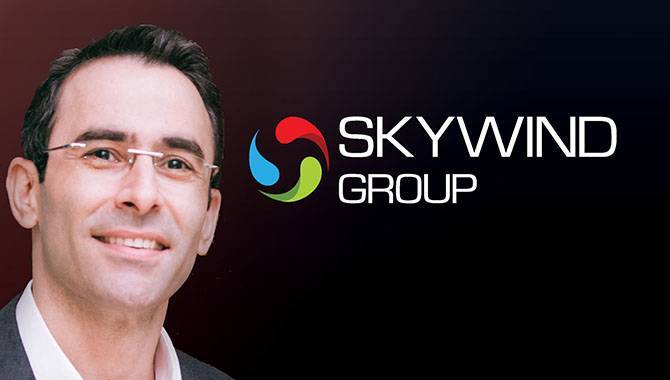 Player Engagement is one of the hottest topics in the online gaming industry. As acquisition costs increase, the need to attract and retain players is becoming more important than ever. Skywind Group Managing Director Oren Cohen Shwartz has first-hand experience in both B2C businesses, such as William Hill and Superbet, as well as B2B businesses like EveryMatrix. Now working for Skywind Group, an international content provider, managing Europe and LATAM, he has keen insight into the needs of the industry from all aspects, in particular as it pertains to player engagement and the opportunities lying within for operators, content suppliers and players alike.

Gamification mechanics like tournaments, missions and challenges are all great examples of metagaming player engagement tools. When you talk about metagaming, you’re talking about an engagement tool added to a host game.

Both condition-based engagement and metagaming are external to the game and have their own set of rules. So they can be referred to as external engagement tools.

In terms of implementation, both metagame and condition-based engagement are developed and deployed as a separate piece of software. They’re not an integral part of the host software, whether that’s video slots, live casino clients or RNG-based table games.

In terms of interaction with players, in both cases the player is engaged. The difference between the two types is the interaction intensiveness.

Condition-based engagement looks at the player over an extended period of time. It looks at past activities, recent activity and, based on these, tries to predict and guide future activity. You can look at condition-based engagement as a contextual interaction with a given player, which happens only at the most appropriate time. This type of engagement ensures high relevancy, because it’s triggered in accordance with what the player is doing and has done in the past. This type of engagement tool uses the information collected to predict what the player may do next and what best to offer.

Metagame engagement has a different function. It’s always there and has constant contact with the player. Metagame engagement is achieved through the use of features implanted into a game. This could be a single feature or a group of features: the choice is yours. The point is it is active during gameplay. You can choose whether you prefer a low interaction feature or a high interaction feature, or mix them up. The goal is to choose the features that will enhance the players’ experience of the game, making it more appealing, immersive and, at times, more intuitive.

In terms of UI, metagame features will have UI that is, potentially, constantly on display, as opposed to condition-based engagement features where the UI display changes case-by-case.

By real time, I mean the interaction with the player happens at that very specific moment when a business opportunity is detected. I like the term Gartner coined: “Digital Business Moments.”

Players today receive offers from their brand via e-mail and SMS. But these CRM channels are not effective enough. In-game, contextual offers made in real time are far more effective and create a better player experience. This is exactly what condition-based engagement is about. It takes into consideration the players’ past activities, recent ones, and what he is doing at that moment and then predicting what he may do next. It is important, because the chance for successful engagement with players gets lower as time lapses.

Metagame features give the player an extra thrill, an opportunity to win additional rewards. Condition-based engagement is contextual to the specific player and relevant to their most recent activities. The tailored real-time interaction takes the player experience to new heights.

While the metagame has its own rules, they are still connected to the player’s gameplay in the hosted game. Adding metagame features can therefore potentially add stickiness to the game and this is a goal all suppliers aim for.

These tools allow the operator, firstly, to protect its revenue by engaging the player in early churn state. The second benefit is propelling revenue due to the increased number of rounds being played, thanks to extra stickiness and the tools’ effects on the players’ desire to complete challenges and missions. Lastly, operators enjoy increased player loyalty and brand awareness as players recognise the brand via their appreciation of the “extra goodies” and superior experience.

For example, one of the real-time condition-based engagement features we offer is a balance detection feature, which can detect when a player’s balance has passed a certain threshold and offers an in-game display of a bonus or the operator’s deposit offer. Another example is detecting low actual RTP within a session and then offering a reward to the player according to their past activities, thereby decreasing the chances of them leaving the game.

An example of metagaming engagement is an in-game gamification progress bar that can be set to fill up with every bet, bet result or any other criteria. This is something the player would probably have more interaction with, in that they’re likely to keep an eye on it.

A successful engagement tool will enhance a good game’s experience, so if the game itself is not appealing – because of the theme, animation, or math – neither type of enhancement will help make it a best-seller. Successful metagaming and condition-based interactions are the kind that work together with the game to enhance player engagement. In this way, the player develops a stronger emotional connection with the game.

Another factor is the level of personalisation and tailoring. In a challenge feature where the player is required to bet a certain amount of money within a given time and is then rewarded, it is important not to pre-set both the criteria and the reward amount like a one size fits all. A successful challenge feature takes into account factors like the player’s average bet size, VIP level and LTV. It has to or it may do more harm than good to the player experience.

Simplicity is important. When successfully implemented, challenge features do not obstruct the gameplay or steal focus, but rather blend seamlessly into it. For example, right now, it is common to see the Tournaments UI for video slots appear outside of the games. But it’s bad practice and less effective. That’s why at Skywind we implemented the Tournaments UI inside the game, so the players have everything they need on the same screen.

Player motivation to begin playing a game is not driven by the presence of metagaming or condition-based engagement. If a player likes a game, the extra player engagement features will help gain more stickiness. A successful player engagement tool does not interfere with gameplay. It blends into the game and extends it.

The importance of progression

About specific attributes, I can say we have noticed over the years players seem to like a journey with levels or steps. It seems to give them clear objectives and a sense of achievement and fulfillment when they meet these objectives. It also allows players to know what to expect.

Progression is important and a progress bar user interface is simple, elegant and has proven very effective. It tells the player what their position is, measures their accomplishments and lets them know what they have left to achieve; all of it in a single glance. Progress bars can create a FOMO effect and a need to complete. In our Golden Piggy metagame, the player collects coins as they bet and redeem them for real money. Coin collection also fills up the VIP bar. When the VIP bar is fill, the player reaches a higher VIP level with a better coin redemption rate.

Then there are the tools for socialisation, like tournaments. Competing against peers gets some of the players excited and engaged in an amazing way. In live dealer blackjack, you can add more side bets in addition to a perfect pair or 21+3, in a form of metagames, which are external to the regular gameplay.

The options are limitless. The challenge here is not what’s possible but what will make sense in terms of engagement and ROI. It’s not just metagaming either. Condition-based engagement is relevant and applies to any online gaming product as well.

Metagaming also crosses age groups but it is particularly relevant to millennials and generation Z audiences. These players are tech savvy or avid casual game players and are looking for a multi-dimensional experience that spinning reels alone doesn’t provide. Generation Z is defined as the 18 to 22 years age bracket, and the older players within that group have already entered their adulthood, with income that allows them to play games of chance. Another characteristic of this specific audience is they feel digital empowerment; they know there are a lot of options to play online so they have low tolerance and loyalty. The sentiment toward “what’s in it for me?” is higher and player engagement mechanisms are crucial to attract and retain such players.

Since these external engagement tools are not something all players like, it is also important to support the opt-out, expand and collapse, and show and hide functionalities.

I think we can see two needs developing here; but I don’t think they necessarily collide, even though it may look like they do. A sustainable player is a crucial part of success. A player with gambling problems isn’t good for business. It’s within the operator and content providers own interests to make sure players are gambling responsibly and not overdoing it.

Metagame and condition-based engagement are powerful tools which can track player activity. This is good for profit and players alike because, while up until now the ‘Do This Get That’ type of features were general and didn’t take the player into consideration, they do now. These features can make sure our features, prizes and cool downs are executed in accordance with player activity.

These tools’ methods to retain players more effectively, whether it be by giving extra rewards, even small ones, or near-wins, improve player experience and also help players play within their means. For example, we can detect when a player is chasing losses or changing betting patterns in a way that indicates there might be a problem. We can send an immediate cooldown message to effectively help the player understand it’s time to, well, cool down.

The future of engagement

I think we’re already seeing a growing trend of players expecting to be engaged and entertained in a much richer way than before. Generation Z and millennials represent a new breed of gamblers already used to a higher level of stimulation and interaction. Content providers and operators who don’t embrace these changes and evolve accordingly will be left behind.

Online gaming as a form of ecommerce is in many ways far behind companies like Amazon, Netflix and the like. I believe real-time engagement and condition-based engagement will be in place in all big ecommerce and players who consume these services will expect the same level from gambling websites and apps. The technology is already in place.

Gartner defined it as a growing trend and stated that by 2020 event-sourced, real-time situational awareness will be a required characteristic for 80% of digital business solutions.