Congratulations, Paddy Power; not for the first time, you fooled us all. 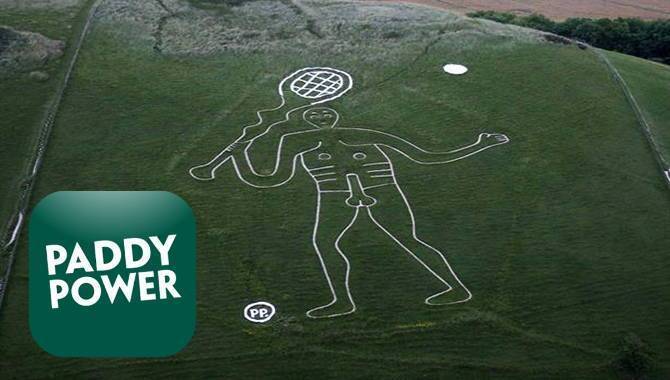 It’s been an eventful few days for the Flutter Entertainment-owned brand, during which it both sponsored and unsponsored the shirt of English Championship football team Huddersfield Town.

For those who missed it – and some may well have done at the iGB Live conference in Amsterdam – Paddy Power initially announced it would sponsor Huddersfield’s shirt last week. It was a rare move from the operator and now we know why.

Earlier this week, the football club revealed a kit with a huge Paddy Power sash across its front, prompting a backlash of scathing criticism. Huddersfield then unveiled the real kit – with no sponsor – and Paddy Power released its "Save Our Shirt" campaign, rallying against gambling shirt sponsorship in football.

Talk about a u-turn. This was another classic marketing ploy from Paddy Power and it didn't fail to draw attention. Everyone you could think of, including Gambling Insider, reported its initial deal and we now know we were all victims of the same PR move.

For effectiveness, it’s a great little trick. It may have even earned Huddersfield and Paddy Power more exposure than a traditional shirt sponsorship in the Championship ever could.

Its deeper connotations however, are not as clear-cut. While Paddy Power likely won’t care, the rest of the industry has the right to roll its eyes at what is essentially a satirical reflection of the sector's marketing methods.

Recently, Gambling Insider analysed how some gambling myths are being proved wrong. When the EFL surveyed over 27,000 supporters, 71% said they felt gambling sponsorship was acceptable. Operator 1xBet also agreed major new partnerships with Liverpool and Chelsea, while several brands signed lengthy shirt sponsorship deals across the Premier League and Championship.

Unfortunately for those operators, Paddy Power’s new campaign merely enforces the baseless myth gambling sponsorship is some kind of plague on society.

But that is because size ultimately matters in this industry. Paddy Power is not the first company this summer to call for an end to shirt sponsorship in UK football. GVC Holdings did the same earlier this year, with one notable example being its donation of Sunderland’s shirt logo to a charity.

When GVC made its call to arms though, industry insiders suggested it was a PR stunt. GVC owns some of the biggest brands in the sector and can’t make too many further gains from mainstream UK sponsorship. Enforcing this theory, GVC-owned Bwin recently extended its partnership with Spanish La Liga team Valencia to include shirt sponsorship. Playing by different rules in a jurisdiction where GVC owns less market share? Form your own conclusions.

With Paddy Power, that idea of a PR stunt has now grown to a literal level with Huddersfield. The bookmaker, too, does not need to be on a football shirt to increase brand awareness in the UK. Paddy Power’s brand is synonymous with the UK market, while Flutter’s US brand FanDuel is now synonymous with US sports.

The bottom line is Paddy Power doesn’t need Premier League or Championship sponsorships and nor does GVC. That’s why, when Paddy Power MD Victor Corcoran claimed "shirt sponsorship in football has gone too far," it was in the company’s interests to promote exactly this message but for very different reasons. Removing UK sponsorship will simply reduce competition and give bookie bashers more to boast about.

For operators like 32Red, it is a very different story. Speaking to Gambling Insider in May, General Manager Neil Banbury urged the gambling sector to focus on education and genuinely combating problem gambling, rather than simply papering over the cracks.

But whatever your take on gambling sponsorship, it’s clear there is a divide within the industry on how to approach the issue. The well-known brands of GVC are gaining less and less from the practice and Flutter has never ventured too far into the field, anyway. They both also face increasing competition from Asian-facing operators and others to secure key slots (Paddy Power couldn't have dreamed of using its recent tactics at a club like Manchester United, for instance).

On the other side of the debate, up-and-coming or smaller brands know how important sponsorship is to them. That's why you won't be seeing any Paddy Poweresque stunts from them.