Analysis: Strength through unity for IGT and Scientific Games in Brazil

You can just hear an executive uttering the phrase "teamwork makes the dream work," after IGT and Scientific Games were this week awarded the license to operate Brazil’s Lotex instant lottery. But, corny though the saying is, they wouldn’t be wrong. 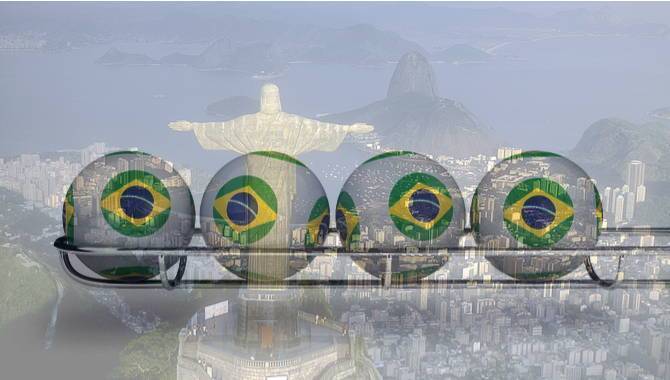 The two suppliers, competitors first and foremost, have found strength through unity in the Brazilian market, combining their resources and considerable revenue streams to create a formidable proposition. For Q2 of this year, IGT generated $1.23bn in consolidated revenue, while Scientific Games made $845m, their lottery divisions contributing significantly to that success.

Put the two together and you can see why some analysts are calling it a recipe for a meaningful long-term opportunity.

Despite the size of both suppliers, the partnership actually has all the makings for a healthy, competitive marketplace. Previously a monopoly, Brazil’s lottery instant games market can now benefit from the expertise and know-how of the two biggest equipment manufacturers in the industry. Opting for just one of them, you could envisage an argument for IGT or Scientific Games getting complacent. With both combining for a reported R$818m ($202m) contract, both businesses will push each other towards a more efficient and innovative offering.

The potential earnings available in Brazil show just why IGT and Scientific Games have teamed up. We can’t necessarily speculate as to the chances of either company succeeding in the tender were one of them to have gone it alone; but the strength in depth of the two pairing up leaves no doubt as to how serious of a market opening this is.

It has been just under a year since Brazil passed its lottery and sports betting law and to have both IGT and Scientific Games on board would have likely been the desired outcome for lottery proponents from the very outset.

The tender is reported to last 15 years and some analysts are predicting the market could be worth $2.3bn. Not stopping there, some projections value Lotex as one of IGT and Scientific Games’ most lucrative lottery contracts.

Partnerships between rivals are certainly not unheard of within business. But agreements of this kind are certainly not that common either, requiring a degree of long-term vision and the overcoming of one's natural instinct not to share too much with your main competitor.

This kind of malleability is arguably a unique facet of the gaming industry – and it’s certainly not a bad one to be able to boast.

For the Brazilian market itself, the benefits are plentiful. A 17% tax rate should generate considerable revenue and, as economic theory dictates, the key benefit will be an improved product offering to the customer.

Of the deal, Brazilian Secretary for Evaluation, Planning Energy and Lottery Alexandre Manoel said: "It represents the break of a 58-year monopoly over the national lottery industry. It represents openness to competition and a paradigm shift for the country."

That anti-monopoly shift is something Gambling Insider has discussed at length previously and even though there are examples of private firms working with monopolies – Kambi is aiming for success in Moldova, for instance – there can be no understating the benefits of having both IGT and Scientific Games on board in Brazil.

The politicians of today could learn a thing or two from gaming firms willing to cross traditional boundaries with their joint ventures. So too could a raft of other sectors where divisions are all too frequent yet unnecessary.

But, here, unity has prevailed and both IGT and Scientific Games are targeting revenue streams that will do far more than merely bolster their portfolio. It’s a deal consisting of foresight and dynamism.