Landing on a monopoly 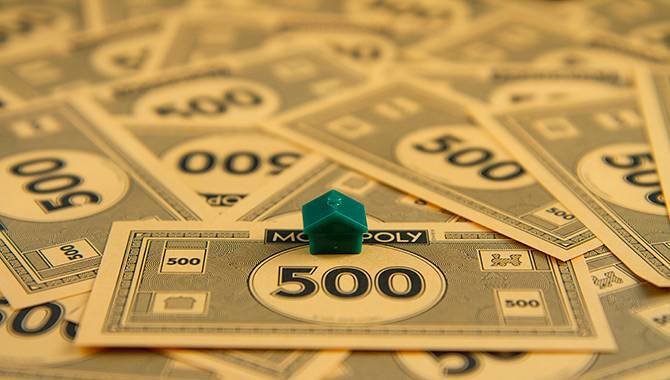 It can appear anti-capitalist, like the government wants total control. Players are ushered to a single, often state-run operator, and only one supplier is contracted to provide the platform, making the gambling market seemingly easier to manage. But does that hold true? When monopolistic gambling markets are enforced, who is the winner? Do the players benefit from what is meant to be a safer environment? Will the public perception of gambling be more positive than in an open market?

To answer these results-based questions, the motivations behind a monopoly-driven market need to be looked at first. The initial question is always: Why? A few quick answers spring to mind. It might be testing out gambling and observing how its country responds once the option to have a bet is made legal and available. With only one operator in place, player protection seems like a reasonable motivator.

It would be easier to keep track of addiction and factors leading to problem gambling as all the data, theoretically, could be accessed in one location. The main motivator however, is revenue. With the market dominated by a single legal operator, all of the country’s gambling revenue will flow through it and to the government. But for this to be effective, there cannot be any offshore operators present.

The Swedish gambling market was opened up at the start of the year, and private companies were free to apply for a license. The reasoning for this, according to state-run operator Svenska Spel, was to achieve fair market conditions and bring order. Life before the update in legislation was not entirely different to what it is today. Despite being closed to private companies, Patrik Hofbauer, CEO of Svenksa Spel, says the previous market was only a monopoly on paper.

He tells Gambling Insider: “Around 90% to 95% of the companies now operating with licenses in the Swedish market have been here for more than 10 years, so we are already used to competition.”

Offshore operators were present in Sweden for more than 10 years. They did not pay tax and found ways to navigate around the law. Up until the start of the year, there were three legal operators. Svenksa Spel handled betting, ATG specified in horseracing, and Postkodlotteriet managed the lotteries.

A MediaVision study from October showed 60% of Swedes aged between 18 and 74 had a registered account at the end of June 2018; a 12% rise year-on-year. Roughly 58% of these accounts were with one of the three state-run operators.

On the surface, this seems like a success story for the monopolistic market, but where are the rest of them registered? Nearly half of Sweden’s gamblers, 42%, were registered with international operators. These companies held no Swedish license or authority to offer a service in the country.

What’s worse, where the monopoly is concerned, is 60% of all new accounts registered within the 12 months leading up to 30 June were with these businesses. With so many players setting up with unregistered companies, the idea of a monopoly making gambling safer, with upheld regulation, is incorrect.

Now the market has gone through its changes and levelled out, Hofbauer finds order is in place and player protection has improved. He says: “We now have a level playing field for gambling operators, increased revenues for the state, and clear rules to protect customers against excessive gambling thanks to stronger and better consumer protection. It has ultimately benefitted the Swedish customers, which is the biggest win.”

The move away from a monopolistic approach has not exactly produced a goldmine for other operators, and certainly not for Svenksa Spel. A look at its first quarter results shows a 6% year-on-year decline in revenue to SEK 2.05bn ($197.4m). Its land-based operations, Casino Cosmopol & Vegas, fell 17% to SEK416m, while lottery dropped 6% to SEK 1.1bn. It reported SEK 544m in revenue from sport and casino, a 4% increase. Operating profit for the quarter decreased 55% to SEK 519m. Svenska Spel paid SEK 401m in gaming taxes for the quarter.

While it won’t be impressed with revenue for Q1, the operator stressed one of the biggest challenges in the transition was launching three new products. Hofbauer says: “Business wise, it is positive that we now can offer our customers products like online casino and horseracing, and also offer more competitive pricing."

Improved pricing is another reason Swedish customers will be happy with the change in legislation. So who exactly has been benefitting in the monopolistic structure besides state operators making easy tax revenue? Suppliers might have the most to gain from a monopolistic market. Being selected by the government to provide technology solutions for its online or land-based operations signifies trust. Suppliers will have to earn that trust by proving their platforms can generate the most revenue for the government’s operator.

The appeal behind branding in this case is also undeniable and the opportunity for a supplier to be the leading face is not one to be missed. Building brand recognition in a country where you are the only brand is obviously much easier. The competition exists, but only through unlicensed companies that will not want to attract further attention to their operations in that specific location.

In April, Kambi extended its contract with Bulgaria’s National Lottery JSC, parent company of the Moldovan National Lottery, to supply online and retail sportsbook. The operator is expected to enter Moldova in the summer, where a monopoly is in place.

Kambi CCO Max Meltzer spoke exclusively to Gambling Insider after the deal and said: “From a technological standpoint and user experience, it will be like going into an ATG shop in Sweden right now. We are really excited to say this is not a monopolistic situation where players will get a bad experience from a bad solution."

The sports betting supplier was keen to emphasise that players in this monopoly would not be neglected as a result of the structure set out by the government and it would supply the same level of technology as it would to any market across the world. Only time will tell if Moldova’s bettors do receive this standard of solutions. But what we do know is, with a lack of legal competition for market share, the Moldovan National Lottery will not be pushing its supplier as much as it would have in an open market, to develop niche solutions.

The evidence is stacked against monopolies and it is clear governments still using them are doing so in a misguided attempt to stay in total control and generate state revenue. The irony is the complete opposite is true. More state tax is made in the open market and players are being protected better when operators are acting under approved licenses. Drop the monopoly, it’s good for nobody.