After the announcement of its rebrand to Spotlight Sports Group, Gambling Insider stopped by the Racing Post office to speak with Louise Agran, Racing Post CMO, and Mark Renshaw, Racing Post COO. 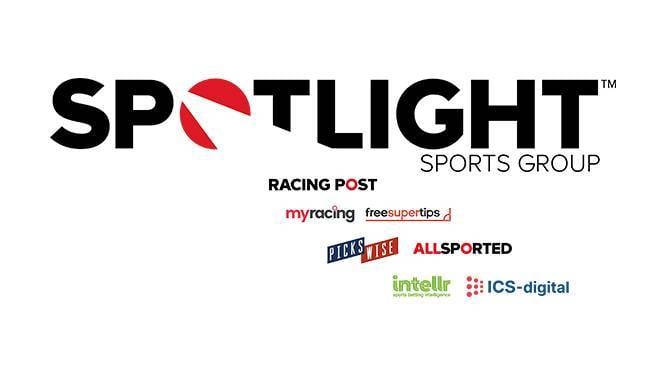 It’s a significant change in direction to rebrand under a new name. What were the main reasons behind it?

LA: It is a big decision and not something we took lightly. We’re not just the Racing Post anymore. There are four businesses within the group, including Racing Post, Apsley, ICS Digital and ANZ. As such we felt we needed a name that reflects all of that, and reflects that we are no longer just about racing or the UK. We’re increasingly diversifying ourselves to sport and data. We are a digital business. We wanted something that allowed us to express more than calling ourselves the Racing Post Group would, for example.

With an aim of launching the rebrand at ICE London, I imagine it has been a busy few months. How much preparation goes into something like this?

LA: It’s quite a big process which we kicked off in July. There are a number of steps to the process. Firstly you audit the businesses in line with your competitors to see where you sit, and then out of that you produce the brief for a creative agency. We did a naming workshop with a number of people from all over the business. We got into a room and came up with about 500 names – all weird and wonderful. Then we kept cutting these names down. We took some legal advice also on what has been trademarked already, and then we got board approval and began creating and designing the brand. It’s been a six-month process really.

What were some of the names that didn’t make the cut?

LA: Well we had quite a few. We had the Racing Post Group, the Post Racing Group and Post Sports as well. We decided in the end it would be better to just move away from this completely. Spotlight is something that has been integral to Racing Post since we started. We use it to assess each horse’s chances in a race so it’s something that is actually close to us anyway.

MR: Should we throw out a few of the wackier names or do we want to keep those under wraps?

LA: Well we had things that meant knowledge like Delphi and we had the Good Sport Group at one point which I quite liked. Then we had a few things meaning light, so Lucent and Luminate.

MR: It’s quite a complex process and you can imagine in a group of 10 or so people there were a bunch of different ideas. As Louise said, the absolute key here is not where we are, or where we’ve been, but where we will be in about five years.

With that in mind, what is the long-term plan for the next five or so years?

MR: We have gone from being one business with a focus on UK and Irish horseracing and now we’re in the next phase. The new group name is absolutely fundamental to this. Not only do we have a new name but we are in the process of integrating the businesses we own much more deeply into the core business. We are doing that because they all have different skills and different capabilities, which in a tighter more integrated approach can be used to achieve our ambitions. If you look at the skills ICS has in Leeds or Apsley has in Bristol, they’re often very different from what we have here, but when you look at all those skills and blend them together it’s pretty powerful.

As Racing Post we don’t have a huge position in sports, so we want to use that from a group point of view and think how we do it. The second focus is internationalisation, both in racing initially and also sports. We want to take the knowledge and capabilities we have and move them into an international sphere.

ICE will be a big moment for the group in terms of the rebrand. What is Spotlight Sports Group offering at ICE 2020 to make it stand out from the competition?

LA: It’s going to be a completely different approach to recent years. Firstly we are showing that we are much more sports betting customer-centric. We are trying to show our potential partners we can help them find, reach, acquire, engage, stimulate and retain customers. We can now help people on every step of their customer’s journey through a number of different ways, which they might not have been aware of previously.

If there is one thing I want people to think about the Spotlight Sports Group after ICE, it is all about that breadth. People have only associated us with racing and the UK and Ireland for far too long. Now, this is about us coming out of that shell.