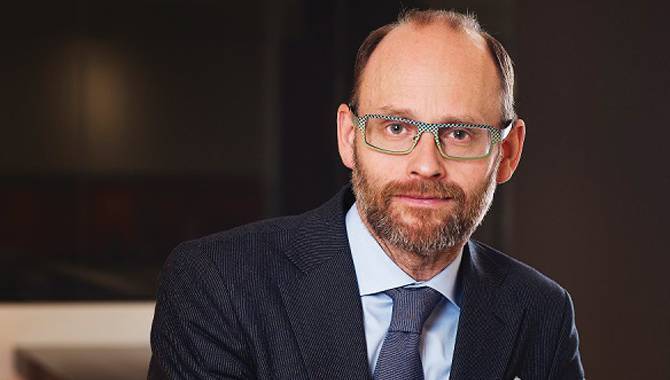 Could you explain a bit about the offences Betsson has been accused of and why you’ve taken the decision to appeal the penalty?

There were two offences. One was related to a branded Mastercard that we had given out to certain players. When we launched them, we said that in the future there might be some additional value for the customers using those cards but once we realised that the Swedish Gambling Authority (SGA) was very restrictive or very extensive on how they read and interpreted the regulation, then we decided to never give any extra value to the cards - so that part has never happened. So, if that would have been a violence of the regulation, we have never done that violence.

And the second part was that we sold vouchers to the site through physical outlets - like value cards – you could compare it to telephone cash cards and things like that. In that case, the SGA has made a very wide interpretation that they view these outlets as gaming outlets. But that's wrong according to us as you couldn’t play in the shop and you were not supposed to play in the shop. You go home, you register through your own computer and everything. This was like selling a pre-paid card, that doesn’t turn that shop into a gaming shop.

At ICE this year I spoke with Global Gaming CEO Tobias Fagerlund who mentioned that a lack of clarity from the SGA was one of the causes of these fines and penalties. Would you agree with that in this case?

Yes, very much so. The regulation as such is still brand new – it’s been around for soon to be one and a half years - and regulations like that can’t be 100% detailed as otherwise things will be left out. So it's a bit of framework regulation. The interpretation of that framework needs to be built up through practice over time and that’s what happens elsewhere. We'd rather have dialogue - if the authority tells us that we can't advertise in that way, then we will definitely follow that; or if they tell us that we think that you shouldn’t sell vouchers in that shop as we think it could be seen as a gambling outlet, then we will stop doing that. And then the industry will learn how the authority is reading the regulation.

I also need to mention about the size of the fines - they are not linked to these supposed breaches. That's another thing that this kind of acting by the authority really makes the Swedish regulated market look very unattractive and that’s not how you build a regulated market because operators will not dare seek a license here.

The Swedish market has a number of problems – one being channelisation. You made some comments about this yourself in Betsson’s Q4 2019 report. What advice do you have for the SGA on how to improve channelisation rates moving forward?

It's easy to see that if the offering that you have in the market is not attractive enough for the players, then you have low channelisation, so every kind of new restriction or limitation brings down the channelisation rates. If you have a very narrow framework then you'll have no regulated market or a small regulated market. That's a political decision. You can go for that or you decide that you want to have control of the whole market - then you need to have an attractive market – for operators and players.

During the COVID-19 pandemic, the Swedish Government has decided to implement new gambling restrictions. The industry’s argument against this is that it will increase traffic towards the black market. What would you say to industry critics who say that this risk is being exaggerated to avoid stricter restrictions?

To me it’s obvious that if you put a limit on how much players can deposit, they will search for alternatives. Anyone can understand that these limitations will impact channelisation and push players out of the Swedish market - that's a fact. Additionally, the restrictions come at a time when all other countries and other sectors are taking restrictions away - restaurants are open, Spain has removed their gambling bans, etc - the pandemic is decreasing its impact on society day by day, so it looks very strange to be implementing such measures at this point of time – it’s like 3 months too late if that was really the case.

Are you concerned this may be used as an opportunity to introduce more permanent restrictions?

You can speculate about that. They're supposed to be enforced until end of year but I think they'll be there for a longer time. I think it’s bad enough to have them for half a year. The decision was taken a week ago, so that gives us three weeks to implement, test and do these really deep changes to our tech systems. I don’t know how we and others will be able to implement these changes in time.

In your own experience, has there been any increased risk of problem gambling during the pandemic?

That’s another part. There is no evidence that gambling has increased during this pandemic. I think some other politician has put the minister on the line by questioning his insistence that the restrictions are based on an increased risk of problem gambling - he proved that it’s not true. The authority itself said that they do not see an increase so there's no real base for this proposal at all.

The pandemic has created problems for a number of operators – how much of an impact has this has on Betsson’s operations and performance?

There has been quite a big impact on sports betting because sports disappeared all over the world, but we still managed to offer esports and some other offerings, so we kept our sportsbook running on a lower scale. Now for a few weeks major sport is returning. We have seen an uplift and people seem eager about this so I’m optimistic for July and going forward.

I think we have been doing really well - we're such a strong company and have a good profit margin. We told staff that we will continue with our strategy, our projects, our plans, etc - so even though we had lower revenue in sportsbook we kept on the growth path that we were on.

When the pandemic really hit it happened fast and this is something nobody really knows how to handle. But one thing we realised is that this would call for changes, such as working from home. When there are changes people want to understand what is going on, so we had to work a lot on internal information, which is something we have also done well. In this way, we have managed to keep the spirit of the company going even though it has been a big change for everyone.