Playmaker Capital’s CEO Jordan Gnat (JG), and COO Jake Cassaday (JC), join Trafficolgy for a chat about their plan across the Americas, the recent purchase of Scottish affiliate Wedge and market expansion 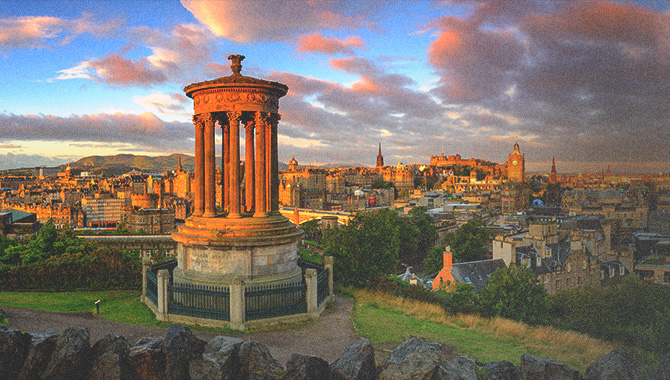 Which market are you currently seeing the most revenue drives in right now?

JG: We’re a digital sports media business that lives at the intersection of sports betting, media and technology. We started this business in January 2021, we raised some capital and we went with a very clear strategy to look at the newly regulated sports betting markets across the Americas. We focused on businesses that were profitable in those regions, as well as a combination of geography and niche categories that we believed had lots of growth expansion potential. Since 1 April 2021, when we acquired our first business called Futbol Sites, we have now completed 15 acquisitions, we have over 400 people, offices across the Americas, over $30m worth of revenue, $9m of EBITDA and rank as the fourth-largest sports media group across the Americas.
For us, we’re positioned well in our three markets: Canada, the US and LatAm – where I’ll include the US Hispanic market, which is part of our LatAm group. In Canada we have a business called The Nation Network, which is a challenger brand to the two major players in the market. We’re focused on fan sites, as well as new media; we have loads of podcasts – I think 16 or 17 now – and we’re getting close to a run rate of one million streams per month. Obviously, it’s hockey focused because we’re in Canada, but we also have a soccer vertical in Canada because the popularity of the sport is rising due to the next World Cup. And because Canada will partly host the World Cup in 2026. So, with the sport growing so much in Canada, we launched a soccer platform called The 90th Minute. As a market, that’s how we anchor ourselves here, in web, social, video and podcasts.
Trafficology: By soccer, we of course mean football...
JG: In the US market, our core brand is called Yardbarker, which deals with the big four US sports and Yardbarker’s unique take on content is short form. It’s about watercooler smart content; you don’t spend 25 minutes reading a long article, it’s going to be 45 seconds to a minute reading an article to get everything you need to know about what’s happened. Yardbarker has three newsletters that generates 400,000 subscribers daily. Then Futbol Sites is really focused on the Hispanic market. So, think of Mexico, the south as well as the US Hispanic market. To be honest, they are all growing – so, saying which of them is growing the fastest is difficult, each is growing in its own unique way and in different verticals. Our LatAm business is more editorial focused as an overall business, editorial and social, with a very strong YouTube property in Mexico, called Cracks, where we get over 600 million views per year. The acquisitions we’ve done beyond those three tucks in underneath each of those businesses, like Cracks being tucked underneath Futbol Sites, which are all monetised as traditional media businesses dealing with tier one advertisers and sports betting operators – we like Coke’s money as much as we like bet365's.
JC: Across each of those properties you will see active activations with sports betting operators, in Canada we have a strong relationship with PointsBet and Betway, as an example. In the US our Yardbarker property has a partnership with OddsChecker, which manages a lot of the affiliate opportunity that comes through that page, leveraging the significant domain authority and audience that Yardbarker has.

What about the affiliate market, you guys purchased Wedge recently?

JG: We built this business on making sure we could deliver content to customers when they wanted it, how they wanted it and where they wanted it – at the same time, we did that because we believe that opens up the most diverse revenue distribution we can ask. You have traditional media, where we do direct sales, we have all the things you would have in a digital media business. However, the one thing we didn’t have in our verticals was an affiliate, where we truly were getting attribution revenue – we solved that when we announced the acquisition of a company called Wedge traffic, which is based out of Glasgow and completely US focused. The business is a 100% affiliate, but it does it in a different way. It’s really a technology and data affiliate, it’s not your traditional affiliate compared to XL or Catena Media, Gambling.Com, Better Collective.
They are really focused on mining data, looking at cohorts of data and understanding who those cohorts are, then being able to deliver the most high-value customers as is possible to sports betting operators. They have developed a technology and secret sauce around that, which has been able to make the business grow in scale, without having to do what others have done and scale their operations in terms of humans. If you take a look at Better Collective, Gambling.Com etc, they have massive armies of humans focusing on SEO generation, content creation. Wedge are less focused on the content side; they were really focused on the technology side and they drive traffic that way.
Why we loved it so much is because we love the content side, we already have content; for us to take what they do with technology, leverage that against the audience we own already and layering their tech on gives us the lowest potential cost of customer acquisition for a sports betting operator – we don’t have to spend CPMs to get CPAs, we just have to trade off the opportunity cost; and for us that’s a way cheaper proposition than trying to spin up splash pages with offer sheets and all of that, trying to fight our way through the Google game to get to the top of the rankings.

Are you guys looking at other markets for expansion, like Europe or further afield?

Europe is a tough one because that market is pretty mature, and you see some of our colleagues are trying to leave that market and begin to really focus on the North American and LatAm markets. Catena has a strategic review going on right now, where they are looking to sell off their European assets. For us to get into that game, we’d be late to the party, so I can’t see us really focusing on the European geography. If we could get scale out of the gate in a net new emerging geography, like India or Africa, markets like that, where they are nascent today - like South America was, even though it’s still pretty nascent. It’s a time when people are trying to build their brands in the market, which is great for us – in Europe, we’d just be another business trying to pick up a player here and there.
JC: There’s still lots of room for us to grow in our core market of the Americas, as well. We have been investing a lot in organic growth opportunities here in Canada and we are going to continue to invest in that, we’re not going to rest on our laurels in LatAm either. Futbol Sites has grown rapidly, not just since the acquisition but for the last 15 years, and we want to try and cement our leading market position there. In the US, Yardbarker is an amazing asset, and many of our assets touch the US, but we’re really only scratching the surface in that market. Finding another core media property in the US is definitely on the docket for us as a thing of interest. But, as Jordan said, the focus is here at home in the Americas.

Have you found that markets in the US change rapidly as each of the states legalise and open up?

JG: Yeah, for sure. A couple of things that happen, and it depends on our diverse revenue channels, we get a different experience with each. If you think of the affiliate side, there’s an initial run up for sign-ups and all of that side of it that spikes really quickly when a state opens in the first 30-60 days, then you have nice steady growth. Any time you add sports betting to a marketplace, it changes the conversation. People like to talk more about sports betting now because it is no longer ‘did you see the game last night?’ ‘It’s who did you have?’ It isn’t about who won, it’s about how did the person do on their bet.

Who are your teams? Since you set up this business, you guys must have a strong affiliation with sporting franchises and clubs?

JG: For me it’s the Toronto Maple Leafs, the Canadian Raptors, in the MLS its Toronto FC and in the EPL my team plays in red – its either Manchester United or Liverpool, depending on who I’m talking to (laughs). Trafficology: We strongly disapprove of this message.
JC: I’m a passionate Leafs, Raptors and Jays fan, all from my hometown. I follow the PGA very closely.
JG: For Argentina, we have to give a shout-out to River Plate, this is a rock-solid River Plate company.
JC: No Boca Juniors in this show (laughs).

“There’s still lots of room for us to grow in our core market of the Americas as well. We have been investing a lot in organic growth opportunities here in Canada and we are going to continue to invest in that. we’re not going to rest on our laurels in LatAm either”
In the Magazine 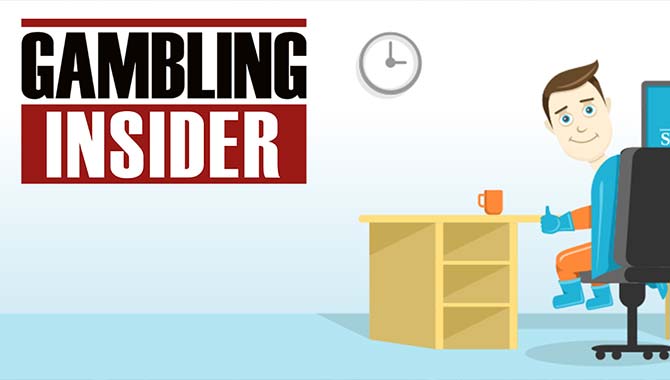 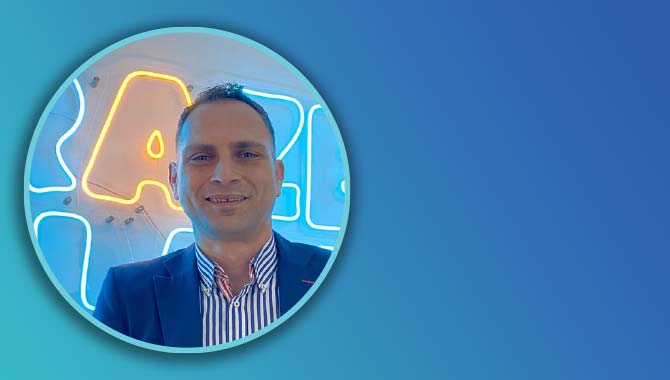 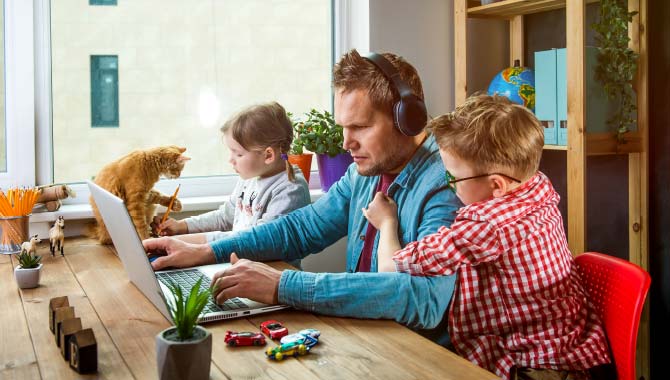 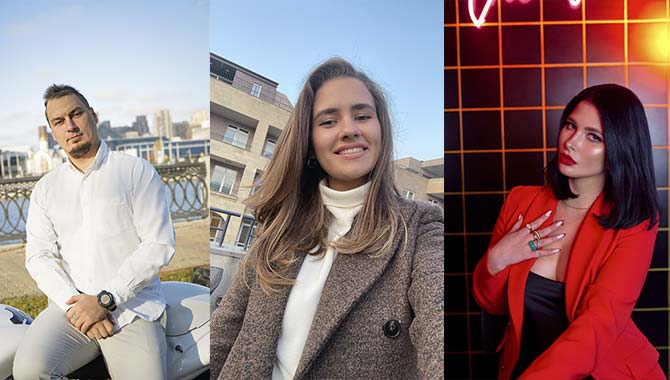