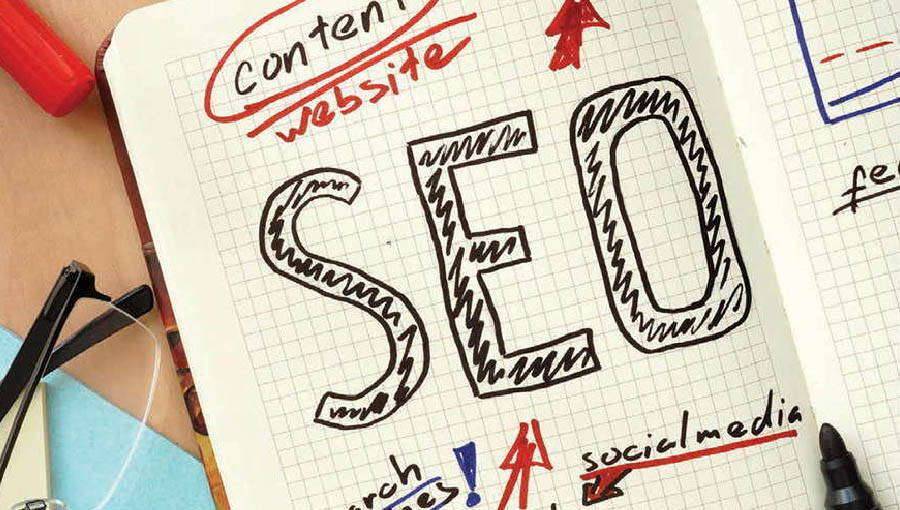 A three-person panel discussed updates, domains and content marketing, among other topics, at the recent Amsterdam Affiliate Conference

Should affiliates be considering moving to HTTPS-encrypted sites?
THE PANEL
Andy Blackburn - Search Director, Gameon
Joel Turner - Operations Director, Blueclaw
Fili Wiese - SEO Consultant, SearchBrothers.com
AB: Anybody involved in SEO at the moment is seeing update after update and I’m sure there’s going to be questions about other updates as well. But one of the more recent ones that was actually announced by Google is something that they’re actually using as a metric within SEO, which is adding more weight – at the moment a very small amount of weight – to sites that are HTTPS-secure. They have also announced via the Google Webmaster Central Blog that this could end up being a heavier metric over time and is something that will apply more authority to sites later on down the line. The big question, especially for some of the bigger affiliates of very large sites, is how are you going to move your site under an SSL certificate? Are you going to be bothered to do it? For me, I think it’s something that we definitely need to keep an eye on.

JT: I’d agree there. It’s definitely something to look at. If you are confident that you can do it then it’s a bit of a no-brainer. I think it’s necessarily the future of how people interact online. They want their experience to be secure. They’re comfortable with that when they go on to big branded sites and I think in the near future it will be an expectation of users. It’s definitely something Google wants. I’d encourage everyone and anyone to look at it.

AB: The weird thing about this, and the same goes for the mobile update, is that these were two actual updates and metrics that we were all looking at anyway. Google have come out and announced that it’s going to be a factor prior to it actually being a factor. They could take it one of two ways. Either they want to gauge reaction from the webmaster community as a whole, to see whether or not this is something that webmasters want, or they’re saying to get your eggs in a row because this is something that they’re going to be doing.

FW: As Joel said, it’s a no-brainer if you can do it, but I would also recommend adding an HSTS [HTTP Strict Transport Security] header in that case. Basically, that’s a strict security header that allows you to be pre-loaded in pretty much most browsers. If you go down the HTTPS path, then don’t forget the HSTS header as well. On the mobile part, it is important to keep in mind that a lot of people have put a lot of importance on the mobile update. It is important if you weren’t mobile-friendly. If you were mobile-friendly, it’s business as usual. Google has said to update your website to be mobile-friendly for years already. The only difference that update made was to put a deadline on it. It’s not new.

We are at a stage where we need to be mobile-friendly but not just mobile-friendly. We’re looking at the future with Brillo and Weave to connect with the Internet of Things, which means that your shower can talk to your coffee maker so that your coffee can start boiling when you're ready. You might have a multi-ingredient coffee machine that may have the ability to do different recipes. It might actually use instant answers from search, like the knowledge graph, to actually get recipes itself. That’s something that we should be looking at in the future as well. Brillo, Weave – all that kind of stuff. Will the internet as we know it disappear? No. Will the internet expand into this other space? Absolutely.

Are the new top-level domains (TLDs) like .poker an opportunity for SEO or better to avoid?JT: I think it’s all about trust. The new TLDs are not particularly well established. If you’re talking about user experience, people are unaccustomed to seeing them in SERPs [Search Engine Results Pages]. From Google’s perspective, it’s not handled many sites of that type. Can you be successful with an alternative TLD? I think people have been and continue to be, but there’s no denying that the more traditional TLDs are still more desirable.

FW: Joel is right. The trust level isn’t there. That doesn’t mean you’re going to get a higher trust level with .com. It’s the same as getting a new website. When you start a new website, if you have no history, it doesn’t matter if it’s on .com or .poker. It really is about trust in the history of the individual domain name, not the TLD. Since .poker has existed, there are not that many websites that have actually built up trust. The ones that have built up trust have built it up for two months, because that’s how old the TLD is. If you started two websites two months ago, one on .com and one on .poker, with different content so that you don’t have duplicate content issues but with the same amount of traffic towards both, and users find it to be the same user experience, they will have the same trust level. Assuming that everything else is the same, the experience for Google will also be the same.

From an SEO perspective, if you want to build out a .poker or .casino, there’s a great opportunity to do so. You have to keep in mind it is like starting a new website, unless you transfer all of the website using the 301 and then redirect that to a new domain, which can be very useful. Domains such as .poker or .casino will not add to your rankings as a keyword in a URL. On the other side, the click-through rate within the SERPs can actually be significantly higher when you have a .poker site rather than a somethingpoker.com. Something.poker might actually be better long term. It’s something you need to experiment with. I think it will depend differently on different websites, but not because of .poker – it’s because of what you have on the website and how you manage the experience.

AB: The Welsh Rugby Union uses rugby.wales in all of its promotions. All it does is redirect to its official home page anyway, which is a .com. Interestingly, I was reading the DN [Domain Name] Journal, which tracks a lot of the high-end sales of domains. Out of the top 100 domains that have been sold in 2015, in terms of value, 91 were .coms. There was one .net, one .info, one .co and the rest were all top-level country domains like .se, .es and .co.uk. That gives an indication that they might be valuable in the future, but at the moment they are just a 'prestige' thing.

JT: It’s a bit like IPv4 addresses. There are only so many combinations in the world. There’s no doubt that alternative TLDs are the future. I’m really interested to see what people do with them, particularly in the gaming space, because we will ultimately run out of decent .coms.

Is content marketing possible in i-gaming? FW: I’m going to say something that will probably surprise most people. Buying links is not bad. Buying links for page rank is bad. Buying links for traffic that converts to your website is not bad. Link building has been part of the foundation of the internet. If you look at the original document that describes the World Wide Web by Tim Berners-Lee, you will find two primary elements: hypertext and hyperlinks. Links are a part of the World Wide Web. It’s that simple. The only thing that Google frowns upon is link building for the sake of page rank. If you’re doing content strategies for the sake of getting page rank, then yes, you’re doing it wrong. If you’re doing link building for the sake of getting convertible traffic that converts to your website, you’re doing it right. Every link you buy that is for page rank and not for convertible traffic is wasted money and wasted effort.

JT: I understand your point about link building, but I probably wouldn’t go that far. What I draw from that is, however you want to acquire these links, they are actually links for users or would-be links for users – that is the important thing. Getting a load of links on a blog that’s got no social engagement, no community around it, no uncommon posts and looks like it’s been created just for SEO purposes, is pretty pointless. But what I take from your point is that you want to focus on sites that are well-trafficked, have a lot of engagement and have a community. That’s a much more valuable link.

FW: 'No follow' is no problem. Put it somewhere prominent on the website. If that drives traffic to my website that converts, I’m happy enough to do that. At the end of the day, why do we want higher rankings? Why do we do SEO? It’s because we want more traffic on our websites. Why do we want that traffic on our websites? It’s because we want them to convert. Do we just want to look pretty or do we actually want to get action out of it? If you look at it from that perspective, we’re looking at link building as a strategy for convertible traffic, because it’s otherwise just wasted effort.

Google has said, and this is absolutely not new, that the whole Penguin update may have shocked people into thinking they now have to be careful about their back links. You can find in the web archives and in some of the older webmaster guidelines that Google has said since the beginning that link building for the sake of page rank is not something they like. Google’s standpoint has always been: “Do not link build for the sake of page ranking.” There’s nothing new there. When we’re talking about content, we have these block networks to create a private block network to create back links to whatever money site we want to have or an in-between money site. One of the big problems is that if these are all Google Panda candidates because of the lack of quality, your site just became a Penguin candidate. Keep that in mind when you’re doing link building for page rank purposes.

JT: I’m not quite as generous. The only reasons why I would knowingly pay for a 'no follow' link to you guys would firstly be to make my profile look more natural, because it’s natural to have no follow links and if you’re whole profile is followed links, that doesn’t look natural. Secondly, if it’s a really good site, such as Reddit for example, stuff gets picked up on there and people will then write about it elsewhere and share it elsewhere. You put time and effort into your Reddit account and you get no follow links back from it, but there’s knock-on value from that. I think that’s quite significant in this era of content marketing.