The future of casinos: Tradition vs skill 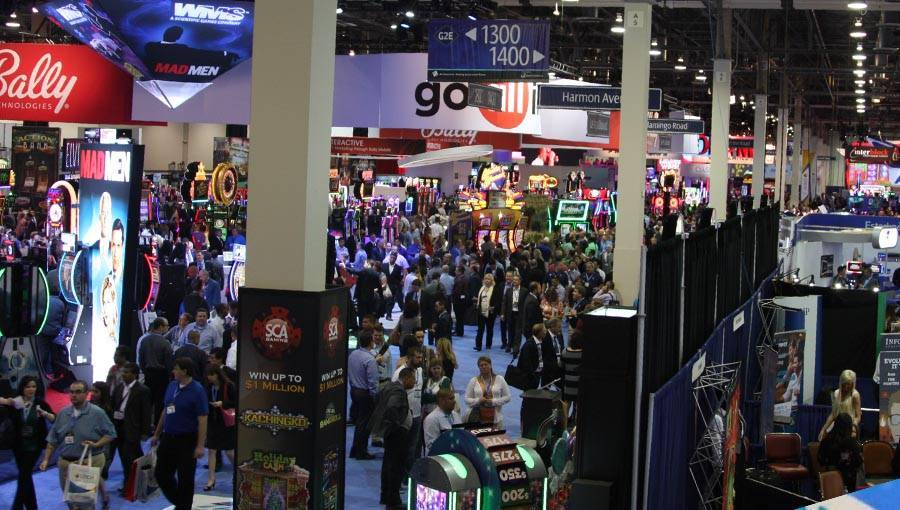 Gambling Insider has been doing a little Back to the Future-style daydreaming. It is the year 2026, and the greatest problem for entrants to the world’s greatest casinos is choosing which of an array of games appeals to them the most. Where do they take themselves off to for the next few hours? Perhaps the console gaming lounge, where they have a choice between playing their favourite games on the PS6 or Xbox 2? There is the pool table room, as well as the darts board, and the air hockey. Don’t forget the Pop-A-Shot game and the retro arcade too. The casino also offers the recently-launched Apple Sunglasses 3.0, allowing players to virtually transport themselves to the world’s greatest sporting venues and feel as though they really are taking a penalty at Wembley Stadium.

Gambling on all of these events is available and, while few realise it is there, a sole and lonely slot machine sits pensively in a corner waiting to be used. A few dealers are ready to accommodate the fraction of the new generation of players that remain interested in blackjack and roulette.

Ok, so our fantasising may have been somewhat extreme, but your brain might be forgiven for conjuring up these images when reading about the future of casinos. This is arguably the most crucial crossroads the casino industry has seen and skill gaming, commonly referred to as what Millennials have grown up with and want in abundance at a casino, is regularly noted as a possible solution to the problems it is facing. With Macau, the world’s most powerful casino region, experiencing 26 consecutive months of year-on-year casino gross revenue decline (falling from 32.35bn patacas in June 2014 to 17.77bn patacas in July 2016 - £1.7bn) and Atlantic City this year attempting to avoid stretching its run of annual drops in casino win a decade ($5.22bn for 2006 to $2.41bn for 2015), Millennials is the word that just keeps cropping up and will not go away.

There are various statistics that can point in both directions on any debates on the issue. Statista’s research in 2010 showed that a 33% majority of US casino visitors were age 50-64, with the next highest scoring age demographic being 65 and over with 25%. Crucially, the 21-34 demographic scored lowest with 18%. In Great Britain, however, the Gambling Commission’s participation survey of 2014 showed that the 18-34 bracket scored the highest in terms of casino games participation among that age group with 2.2%, ahead of 35-54-year-olds with 0.8% and players aged 55+ with 0.3%.

Atlantic City has shown it is open to new innovations such as eSports lounges, which Revel owner Glenn Straub has confirmed is in the pipeline when the casino reopens. The free-throw basketball tournament that Borgata Hotel Casino & Spa hosted in 2015 was also evidence that change could be on the horizon. Melissa Price, SVP of Caesars Entertainment, says: “We believe this type of tournament needs more automation to productively become a mainstay in our business. It is interesting to watch what is happening with eSports and how those companies are able to run qualifying tournaments – electronically – that casts a wider net for skilled players. It’s like what American Idol did for amateur singers.”

Simon Thomas, Hippodrome Casino CEO, could have possibly been in a minority when he made something of a defence for traditional casino gaming at the Future of Casinos conference in Westminster in May, when he said: “In terms of Millennials, I’m actually quite sceptical about skill-based gaming. I grew up playing Space Invaders, but that doesn’t mean that I now want to play a Space Invader version of roulette. Millennials want a really good night out and want to play James Bond – watch a cabaret, eat steak, have a drink and gamble at the tables if they want to.”

The evolution of games is an area that Gambling Insider touched on when it featured Gamblit Gaming CEO Eric Meyerhofer in this year’s CEO Special (Issue 33). The provider, which Meyerhofer described as being made up of “pretty much Millennials”, has made its name by offering skill-based games based on strategy and turning them into gambling products, such as word game Lucky Words and physics-based shooting puzzles game Police Pooches vs Zombie Cats: In Time.

When asked if it is fair to say that casinos have not innovated enough or expanded beyond offering table games and slots over the decades, Gamblit CMO Darion Lowenstein says: “From my perspective, that’s accurate, in regards to gaming. In regards to how they sell themselves, I think they’ve made a lot of innovation in terms of catering to new customers with things like DJ residencies, pool parties, great food and big shows. However, the industry in general hasn’t changed in decades with regards to gaming. In turn, revenues on slots are down across the board, and interest in table games dips immensely with the younger generations of casino visitors.”

Lowenstein’s point about revenues on slots being down may be true in some areas, but in Nevada, annual slot machine win actually increased from $6.74bn in 2011 to $7bn in 2015, virtually flat-lining in the three years in between. In Great Britain, from the reporting periods April 2010/March 2011 to October 2014/ September 2015, B1 machine gross gaming yield grew from £117.7m to £163.6m, though this figure is not just inclusive of casinos. This may indicate that there is room for both ends of the spectrum, though whether these games will still produce high amounts of revenue in future generations is unclear.

What shows with Gamblit is that it is not only important for the casinos themselves to remain ahead of the curve, but so too the software providers and games developers. Lowenstein argues that casinos are looking for a fresh and unique take on things. He says: “The cool thing is, whenever people play Gamblit games they tend to understand them pretty quickly and immediately get engaged in the gameplay, the social elements, and the skill of playing – and most of all, the fun. This is one of the big reasons I think operators are so eager to try out an unknown product.”

For Macau, despite the fact that the possibility of casinos introducing sports-betting lounges has been spoken about, it is not so much a case of product innovation, but rather entertainment innovation. Grant Govertsen, Managing Director of Union Gaming Securities Asia, explains: “In Macau, it’s more about finding non-gaming amenities that will draw customers from near and far. The mandate is essentially to recreate the drawing power and gaming vs. non-gaming mix of Las Vegas.”

Adding to those entertainment amenities however could be similar innovations that have been seen on the other side of the world. On the topic of whether skill gaming is the way forward for Macau casinos, Govertsen says: “It would likely only improve the performance at the margins, although a lot would depend upon game type. For example, there could be strong demand for daily fantasy sports types of games. However, will we see the regulatory body move forward with approving some skill-based gaming? It remains to be seen.”

Gambling Insider gives its take on what a casino could look like in 10 years’ time, but how fair is that assessment? Govertsen says: “Quite frankly I think it will look pretty much the same as it does today.”

In contrast, Price says: “I view gaming spaces that are not so rigid – games that can be played individually or in small groups. We will enable many different betting opportunities - from betting on new types of games to betting on random events, but differently than we do today.”

Lowenstein makes an impartial argument, raising the idea that the issue is not black and white and can be open to finding middle ground. “My guess is you’ll have a huge mix of entertainment options,” he says. “VR stations, big social competitive games in augmented reality, table-style games, probably a few slot machines, and hopefully lots of Gamblit Gaming stations. Who knows – maybe some Cyborg dealers?”

Now there is a development we would certainly look forward to witnessing.